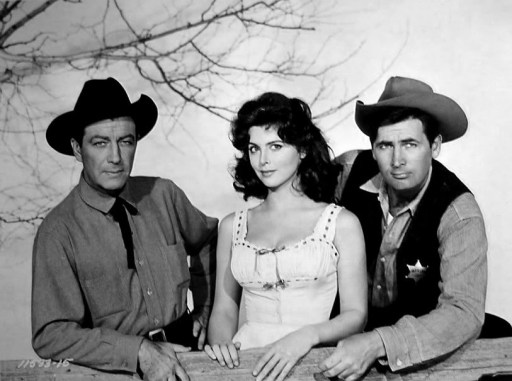 THE HANGMAN  just, well, hangs there and doesn’t even twitch for 87 minutes, even when directed by veteran Michael Curtiz and despite starring Robert Taylor, Tina Louise, Fess Parker and Jack Lord.  Glum marshal trots into town to arrest a fugitive but finds resistance from dang near everyone. No action, no scenery, no urgency.

Taylor had just ended 24-year run at MGM (the record for a Hollywood studio contract)  but at 48, with the declining receipts of his recent pictures–and the paltry $1,000,000 this snoozer eked— he smartly made the move to TV two years later on The Detectives.  His appearance is noticeably worn in this junket, three packs of cigarettes a day will do that, and lung cancer took him nine years later, at 57.

Co-stars Louise, Parker and Lord likewise ended up with more TV fame than big screen luck.  Beautiful but serious enough about her craft to not simply play that up, 25-year old Tina was in two other films this year, getting a breakout push, matched with Richard Widmark in The Trap and Robert Ryan in God’s Little Acre. But for some reason she didn’t secure it, and decent work trickled, ending up on Gilligan’s Island.  Another case of Hollywood not knowing what to do with smart beauties (Sheree North, for example) other than try and get them to take off their clothes.

Fess Parker at 34 was an idol thanks to his charming portrayal of Davy Crockett, but aside from being part of the cast of Old Yeller, his movie career stalled, and he went safely back to TV buckskins for six years as Daniel Boone, afterward striking bonanza in real estate and wine.   Jack Lord, then 39,  like Louise had a stalled film trajectory until he co-conceived, starred in and dominated 12 years of Hawaii Five-O, which not only made him able to bequeath his amassed $40,000,000 fortune to Hawaiian charities, but gave us one of the most memorable zooming close-ups of all time. 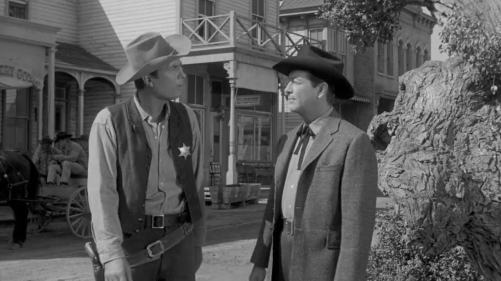 Supporting players Gene Evans and Lorne Greene migrated to TV as well, in My Friend Flicka and Bonanza. Maybe this dull, forgotten little movie had a magical career-reverse curse?  Also along for the noose are dependables Mickey Shaughnessy, James Westerfield and Regis Toomey. 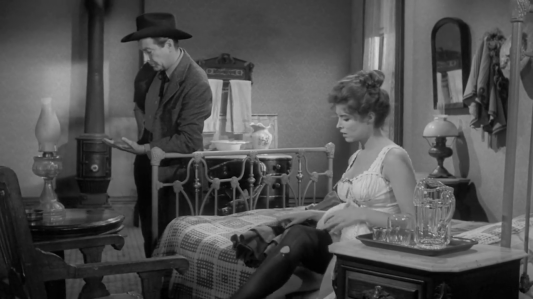