PONY EXPRESS seemed little more than an NBC Saturday Night At The Movies time filler when I saw it twice as a kid back in the early 60s, on a black & white TV.  Viewing ages later reveals pretty color landscapes in Utah and a vigorous score from Paul Sawtell giving a boost, but it’s still as dreary as I thought before I was old enough to understand how fictional and phony the script was.* 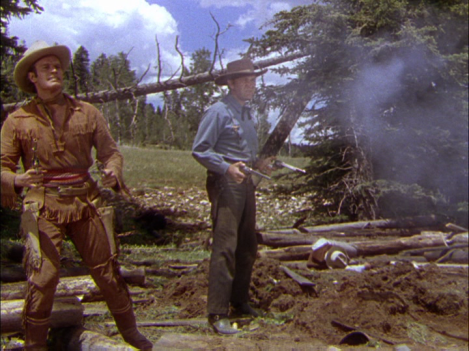 Buffalo Bill Cody (Charlton Heston) and Wild Bill Hickok (Forrest Tucker) are setting up the cross-country mail service in 1860, despite interference from Indians (wonder why?), Confederate saboteurs (it ain’t gonna help ‘turn the tide’) and a couple of lady wildcats (Rhonda Fleming & Jan Sterling) who fall for the Chuckster.

Directed by Jerry Hopper, it loped in at #76 among the 1953 box-office entrants, with a gross of $4,200,000. Heston, all teeth, was still finding his screen persona, but he does what he can to energize the silly doings, while Tucker is mostly relegated to dressing fancy and being agreeable. Lot’s of shootin’.  101 minutes, with Porter Hall, Henry Brandon and Pat Hogan. 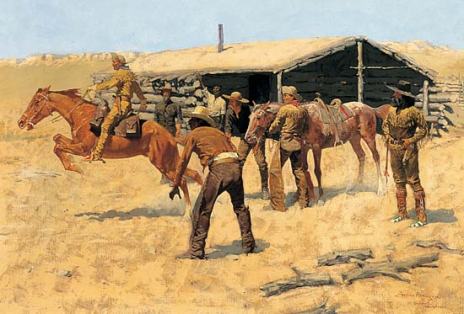 * The advertisements read: “Wanted: Young, skinny, wiry fellows not over eighteen. Must be expert riders, willing to risk death daily. Orphans preferred.”  The 1900-mile route of the Pony Express used 184 stations, with riders averaging 75 miles per day before switching off to the next adventurous buckaroo. It ran for 18 months. Cody was 15 when he worked for the outfit (Heston was 30 at the time of the filming). While Cody and Hickok were acquaintances, Wild Bill did not serve the legendary mail run.