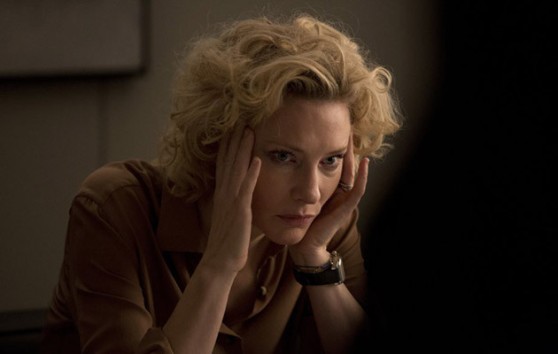 TRUTH—now there’s a ringer for ya. Dramatists and actors try to get at ‘truth’, an elusive genie that belongs to each individuals impressions, memories and inclinations. Journalists are–or were–supposed to get at Facts.  If decades of deceit and scandal had not sufficiently spun us into circles of conclusion-confusion since ‘Nam and Nixon, the sickening campaigns of 2016 and their grotesque payoff have hypersped us full-tilt into a Universe of Lies. Facts are alternative, truth is…whatever sells. This excellently acted, partisan but persuasive drama, like a number of other recent Challenge Power Movies, deserved greater recognition, yet unsurprisingly blinked by like just another clip in the cycle. 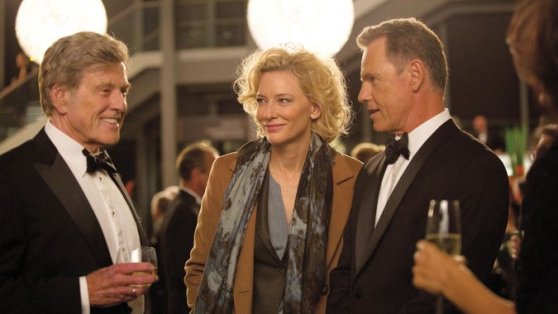 Driven as much from her own personal demons as by professional skill and reporters curiosity, CBS news producer Mary Mapes (Cate Blanchett) turns a team loose on leads tracing President Bush (the punk fumbler one, not the puppet master vizier) and his questionable National Guard service records. The face in front of Mapes material was broadcast icon Dan Rather (Robert Redford). Eagerness trumped vetting and the scandal rocked careers and drove another corporate stake into the Republic’s democratic heart. “For the want of a nail…”

Directing for the first time, screenwriter James Vanderbilt (Zodiac) did a slick job adapting Mapes memoir of the meltdown, and the 125 minutes develops and maintains substantial velocity (of the sinking-feeling kind) as it goes, with the bare bones of the story and the quality of the cast fueling a trip to an unhappy destination.

Redford does a decent job as Rather (he’s only five years younger), smartly going for suggestive cadence rather than attempting an impression, and there is typically rock- solid, non-flashy work from Dennis Quaid, Bruce Greenwood and Stacy Keach.  Topher Grace gets a fiery meltdown speech to throw red meat to the believers (count me). Fittingly, as per the story’s character fulcrum and case-pleading source, the films power point is Cate Blanchett’s smashing fire-in-the-eyes portrayal of Mapes: again showing us why she’s considered one of the best actresses on the globe. 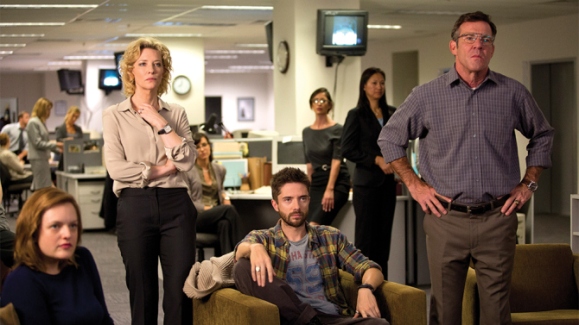 Produced for a tight $9,600,000, it was lost in the wake of the years other, stronger journalism saga, Spotlight.  Reviews were mixed, and it didn’t help to have CBS brass and hordes of right-wing flacks go after it: only grossing $5,400,000, it came in a sad 174th for 2015.  With Elisabeth Moss, John Benjamin Hickey, David Lyons, Dermot Mulroney (good), Rachel Blake and Andrew McFarlane.