HIDDEN FIGURES —beyond its obvious attributes (good acting, great story, nice package) and incidental accolades (strong reviews, public popularity, awards recognition) this feel-good slice of overlooked history deserves applause for being one of a relative few upbeat screen stories in 2016, a year marked by a slate of downers.*

Sometimes, justice catches up to time. It took 55 years for decency and honor to reckon with ingratitude and slight, in this instance shining a bright cinema light on the pool of female African-American mathematicians and designers who worked for NASA during the Space Race of the early 1960s. Their paid assignment mandated long hours on a matter of national pride, working against the clock to get an American astronaut into orbit before the USSR.  Top security stuff, classified.  Their equally private, also hushed-up personal struggle was years-long, in thankless toil against a mountain of prejudice; racial and sexual, official and casual. Their tools consisted of astonishing aptitude, incredible pluck and inherent valor. The men—from uptight numbers crunchers to Khrushchev—didn’t stand a chance. 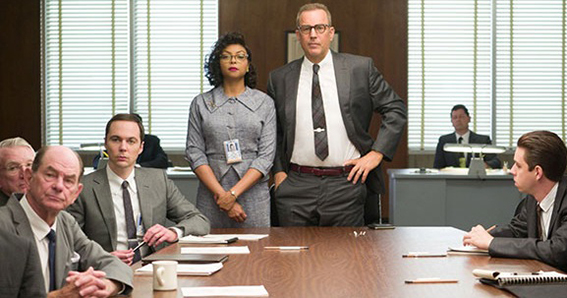 Steady if recognizably playbook direction by Theodore Melfi lines up familiar follow-the- numbers story-arc beats from the script he co-wrote with Allison Schroeder. The 127 minutes please more than surprise, and do standard movie-shifting as to chronology and compositing characters, so it’s another case of getting at ‘Truth’ more than strict facts, but the essentials of the story are compelling and the cast winning, so why quibble over structure?  It feels good. 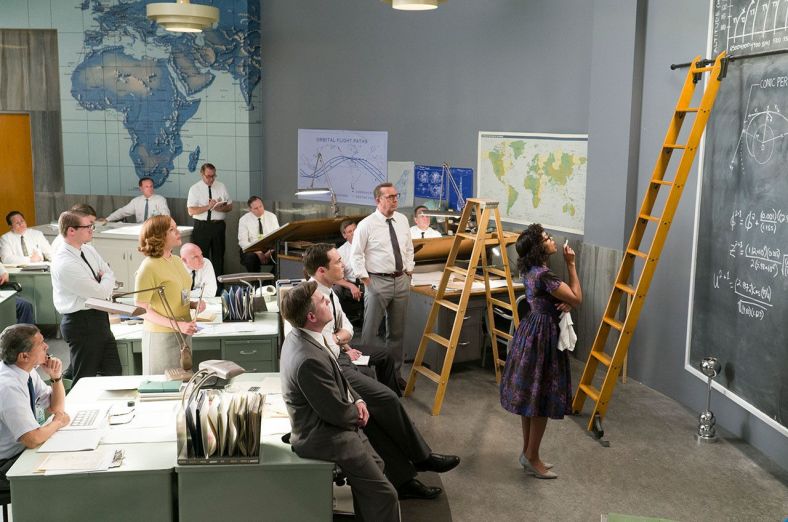 Good production design, acceptable special effects. Costing $25,000,000, hitting squarely with grosses of $148,400,000. Good movie, though a tad overpraised: the crowd-pleasing story and the capable, charming actresses carry the day. Without resorting overmuch on grandstanding speeches (there are a few, but they’re kept in check) or tugging on heartstrings so hard they snap, but simply by presenting the trek required to get to the right bathroom this deftly shows up the absolute absurdity of racism. As to the sexism–is there anything less manly than not playing fair?   Oscar nominated for Best Picture, Supporting Actress (Spencer) and Screenplay. 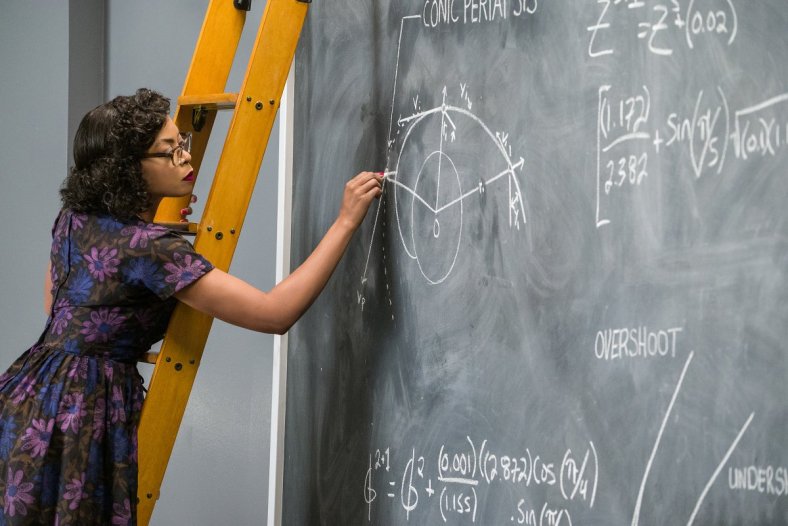 * Quality aside, it’s easy to see why this struck a chord, along with a few items like The Jungle Book and La La Land.  I don’t know about you, but I heard a lot of people wishing ‘good f-ing riddance’ to 2016, disgusted by the political idiocy, endless violence, economic shambles and environmental fear.  Movies reflected the zeitgeist with a plague of bummers, some exceptionally well done, but not making for a whole lot of Saturday night fun: Manchester By The Sea, Moonlight, Fences, Nocturnal Animals, Hacksaw Ridge, Jackie, The Birth Of A Nation, Silence, Knight Of Cups, Gold, London Has Fallen, Criminal, Allied, Snowden;  mean-spirited comic-thrillers Suicide Squad, Deadpool, Batman v Superman, The Nice Guys and the depressingly crappy remakes of Ben-Hur and The Magnificent Seven …… not a very content country. If our glory truly is in the past, all the more reason to salute the courageous, ingenious ladies who made sure Friendship 7 and John Glenn were blessed with Godspeed.