BLOOD FATHER makes no excuses for being what it is: a profane, relentlessly rough little chase actioner with Mel Gibson. Directed with some flair by Jean-Francois Richet, cussing and shooting through a stripped-down 88 minutes, despite good reviews, it was held up for two years, then unceremoniously dumped on release, the botched studio marketing job likely responsible for a pancake box-office of just $1,800,000 against a $15,000,000 tab. A raw deal.

An ex-con (Gibson, straggle bearded and age worn), trying to stay on the wagon and within parole, runs a downscale tattoo business out of his crummy trailer in the New Mexican desert. His estranged, strung-out daughter shows up, pursued by skanky punks she’d been running with, guys who’ve ripped off cartel money.  Hoping for help from his favor-owing criminal pals, inside & outside lockup, tracked with vengeance by the gang, father and daughter try to repair their rusty bonds before it’s too late. 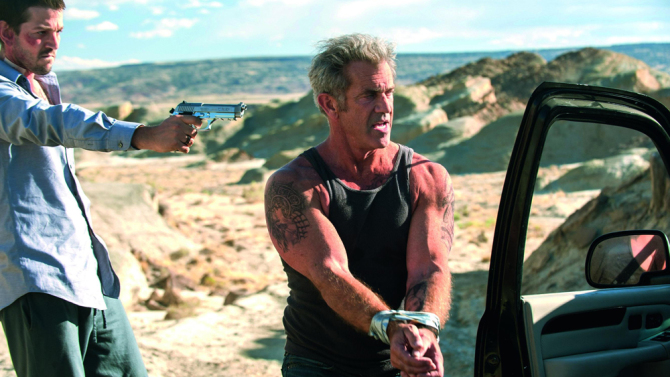 Gibson puts some personality-infused red meat into his amend-for-being-a-dick portrait and gets a full serving of fierce dialogue to hurl around with some of his old vigor, whipped up by Peter Craig and Andrea Berloff, taken off Craig’s 2005 novel.

Besides the grizzled, invested star and hot script, this 2016 torque benefits from casting Erin Moriarty as the girl, who more than holds her own, sparring with Gibson, and by giving a great shot to Michael Parks, 76 and fresh, as a vile, unrepentant old reptile. 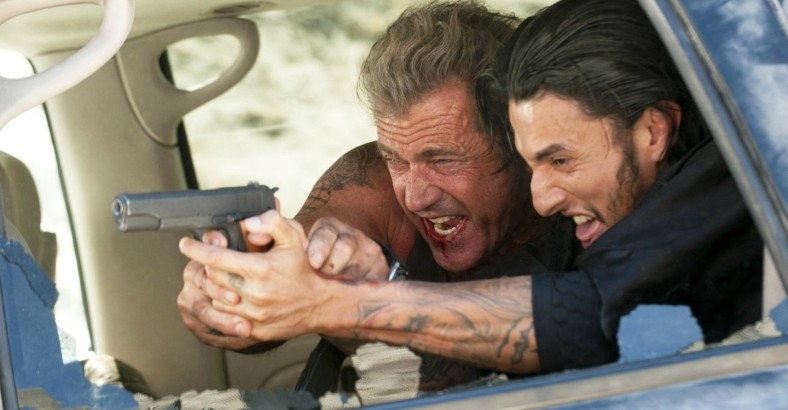