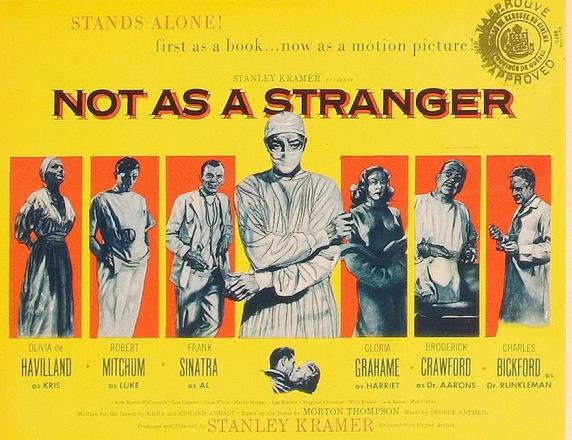 NOT AS A STRANGER was the #1 best-selling novel of 1954, and when this 1955 adaptation came out it was wobbling nightstands at #7 that year as well. 700-odd pages of doctor drama condensed to 135-minutes of star-watching, it is generally denigrated by contemporary reviewers, mostly having cheap shots at curious casting and a locked-in-cement snob prejudice dumped on director Stanley Kramer with the certainty and regularity of excessive charges in a medical bill. 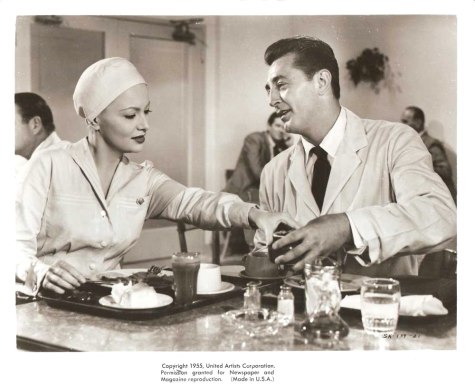 It’s entertaining, which is kind of the idea; some of the acting is rather good (none is less than professionally accomplished), pieces of the script scalpel out some still trenchant cuts at the mix of ethical and practical, idealistic and selfish motivations of the gifted, flawed people we trust our lives to. 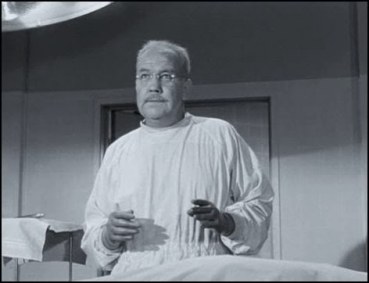 ‘Lucas Marsh’ (Robert Mitchum) is so dead-serious (and not very much fun) about medicine and becoming a doctor that he’s not above marrying a kind and honest nurse he doesn’t love (Olivia de Havilland) because she can help him financially.  Humility, when it finally shows up, comes at a price.  Jovial best friend Frank Sinatra, sage mentors Broderick Crawford and Charles Bickford and rich temptress Gloria Grahame work at thawing the frozen Marsh. 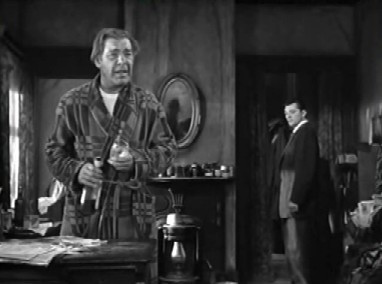 That steady-handed physicians are played by the unlikely likes of Mitchum, Sinatra and Lee Marvin (nurse, where’s that rubbing alcohol?) may generate a smile, and the behind-scenes difficulty Kramer had with the cast is the stuff of hilarious showbiz legend. To take Bad Bob’s word for it, “It wasn’t a cast  much as a brewery”.  All of the male leads were big boozers, as were secondary players Myron McCormick and Lon Chaney (who does play an alcoholic, sadly and well), and their brawling hijinks make for choice reading in Lee Server’s bio of Mitchum,”Baby, I Don’t Care”.  The famous “Wrong Door Raid” is too lengthy to detail here, but is priceless enough to investigate, whether you watch the movie or not. 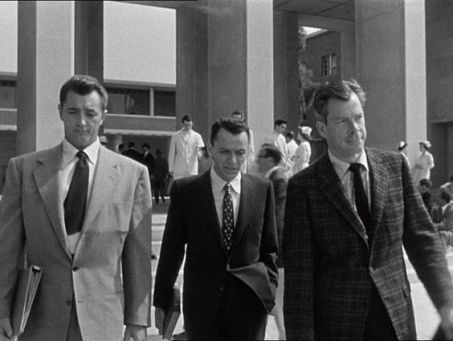 Somehow, Kramer got through “ten weeks of hell” with the non-medicinal mob. The cold Marsh character has Mitchum forced to play it glum (he’d just finished shooting his career-topper The Night Of The Hunter). Best performance comes from Crawford, who tones down his standard bellow and is quite impressive rattling off medical jargon. Grahame is sexy. 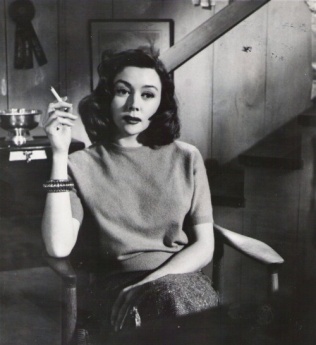 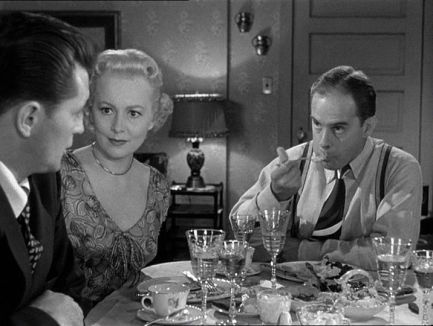 * After a string of  hits as producer, Kramer’s first time directing saw him impressed with Mitchum’s craftsmanship, thankful for de Havilland’s good-humored forbearance and swearing he’d go begging with a tin cup before ever using Sinatra again. Two years later he’d recalibrate and cast Frank in The Pride And The Passion, where he was even more trouble. Sinatra was cranking films out in ’55, bringing tension headaches to the makers of Guys And Dolls, The Tender Trap and The Man With The Golden Arm (he notably aced that one).  They joined Not As A Stranger in an interesting year, with a psychic split between a raft of patriotic War & happy Americana stories vs. a batch of opposite numbers that looked at societal vexations: The Cobweb, Rebel Without A Cause, Trial, Bad Day At Black Rock and Blackboard Jungle. 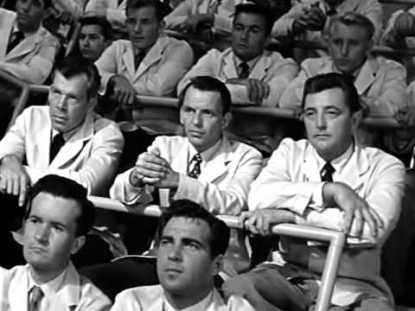