TANK—casually entertaining, preposterous little 1984 drama from the rabble-rouse school. Career Army sergeant ‘Zack Carey’ (James Garner) and family (son C. Thomas Howell & wife Shirley Jones) move to a new town ‘down South’ (alert! ), hoping to serve out Zack’s last hitch. But a piddling bar incident with a nasty local deputy brings about an avalanche of wrath from the sheriff. After a series of confrontations, the Sarge ends up breaking his kid out of the county lockup with a WW2 vintage Sherman tank. The good guys make treads for the Tennessee border—will they get there?

The first half clicks along well, escalating tension effectively and giving Garner, 56, one of the better movie-acting slices he’d had in some time.  The second half is pure bull, as Zack n’ tank elude, shoot up and humiliate the local rednecks.

Marketed as a comedy, it isn’t, what with the vicious behavior exhibited: some viable dramatic possibilities are uprooted by the absurd resolutions: director Marvin J. Chomsky can’t make up his mind what story he wants to sell.

Still, most of 113 minutes are watchable, thanks to Garner and two dandy hate-their-living-guts turns from bad guys G.D. Spradlin (sheriff) and James Cromwell (deputy). 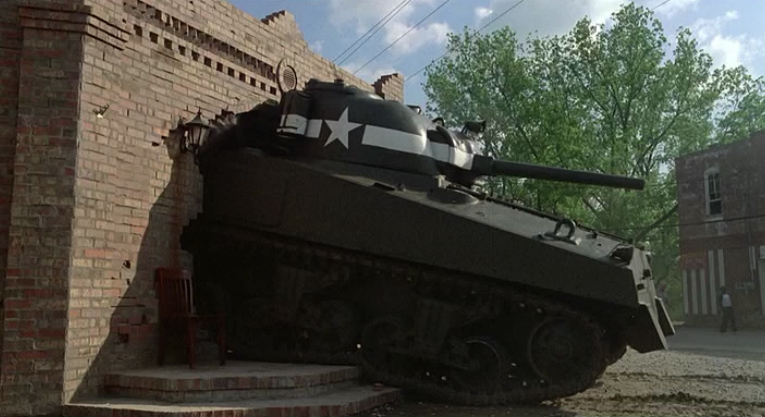 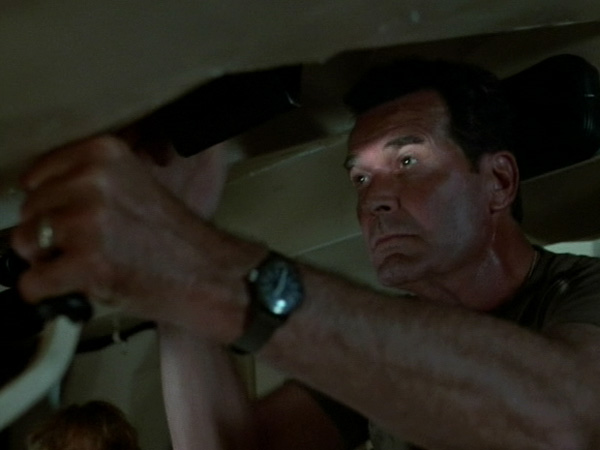