BILLION DOLLAR BRAIN—-when I was a kid I kept meticulous lists of every movie I’d seen (like you’re surprised–and yes, I did go outside and play like other Normals, thank you…) and rated them from 1 to 100 (you’d be stunned at the difference between a 48 and 57). After pinching myself awake through this late 1967 release, I think I gave it something like a 10, and that was for the snow (of which, being set in Finland during winter, there is plenty). Nearly 50 years down the rabbit hole, chastened, I revise up what was obviously my dorky idea of an F to a comfortable B-minus.* 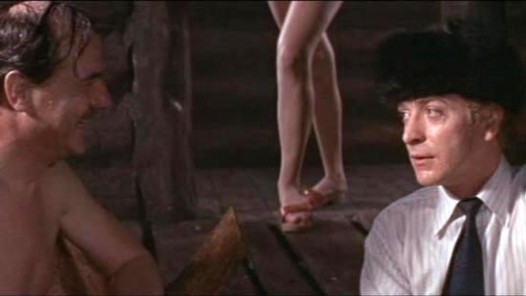 Though I see it more charitably now, I wasn’t alone as the the third Michael Caine/’Harry Palmer’spy flick bombed out with critics and audiences, tanking at spot #60, with a draw of $3,750,000. Signed for two more, Caine, tired of the role, and disappointed with this one, opted out. The series closed.

Our man Mike doesn’t seem as engaged here, and the Palmer character isn’t worked as well into the plot as before. Directed by the zany Ken Russell (his second feature film, and first major project) it jettisons the measured seriousness of the first two and goes for spoof, and  ultimately falls apart, fumbling into an end zone of elaborate, noisy, overdone absurdity (like any country you can think of?).

It’s still pretty good, with several pluses. Karl Malden co-stars and brings his customary vigor (he’d also recently turned up in the 2nd ‘Matt Helm’ spoof, the awful Murderers Row ). Francoise Dorleac adds glamour.  Oscar Homolka returns with his well-crafted, philosophical and bemused Soviet Colonel character. Best is a ferociously funny ripsnort from Ed Begley as a mouth-frothing right-wing Texas billionaire: he attacks it with such gusto you’ll wonder he didn’t have a heart attack during a take.  “I am going to crucify every red atheist, and I am going to destroy the pagan communists forever!” 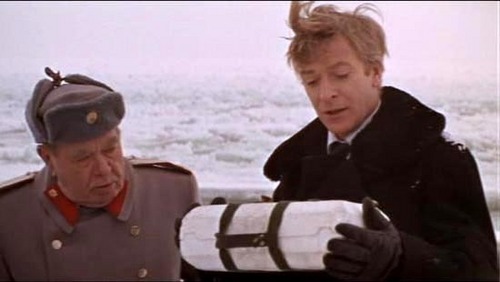 Russell and cinematographer Billy Williams set up a number of excellent shots against the snowy backgrounds of Helsinki and a batch of wintry locales in Finland–it was a harsh winter and the bracing cold is evident: it must have been a taxing physical shoot, including some risky capering about on ice floes.

Following John Barry and Konrad Elfers, the third composer to have a go at scoring music for the series really blows it.  Richard Rodney Bennett’s blaring, dissonant soundtrack is all wrong. The saddest aspect in viewing the movie is not in the finished product, but came about in tragedy four months before it was released, when Dorleac died hideously in an auto wreck & fire, ending her promising career at 25.

Flaws withal, definitely worth a look. 111 minutes,with Guy Doleman, Vladek Sheybal and Milo Sperber. With one line in the background of one shot is Donald Sutherland, and on a train, with two lines, in Russian, is a 16-year old Susan George.

Ed Begley’s mad General: “Did you know for example, that the air in the East Coast of America is polluted by the reds? Oh, you might look at me, but boy, I tell you and I know that the air in Texas is the only truly wholesome air in this world. That is why I have not been out of Texas in twenty five years. I don’t like the air in other places.”

Caine/Harry: “It’s amazing how we all survive, really.”

*My  churning young mind was likely too rent by the triple-whammy cancellations of Combat, The Fugitive and Gilligan’s Island. 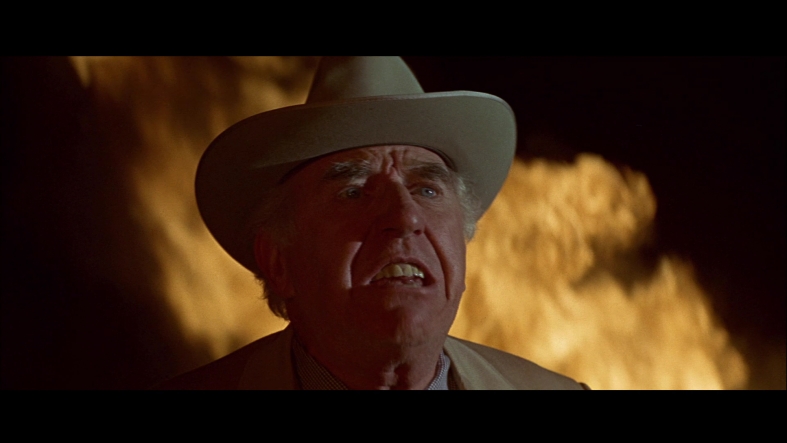