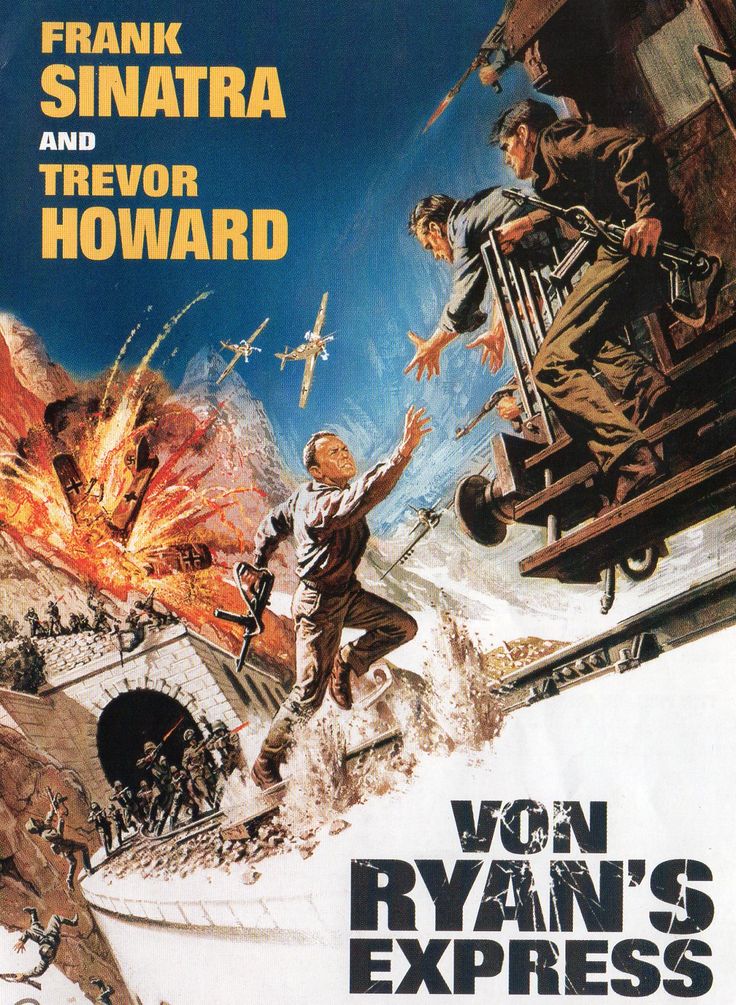 VON RYAN’S EXPRESS churns lickety-split through 117 minutes of WW2 escapist (literally) fare, circa 1965, when it made for a big hit, little more than a year after the publication of the bestseller by David Westheimer.*  With some tonal and denouement adjustments tailored to the persona and wishes (i.e. commands) of star Frank Sinatra, it makes for an implausible but engaging popcorn excuse, with plenty of action, handsome scenery and built-in narrative momentum. 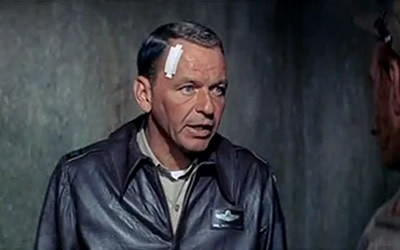 1943:Italy. After the Italians bow out of the fight, the Germans remain in the country in force. Hundreds of Allied POWs, mostly Brits with a few scattered Yanks (always the mix) seize a train and highball their way from Pescara toward the sanctuary of the Swiss border. Leading by force of will as much as rank, brash Col. Ryan (Frank) battles wills with the fiery Brit commander (Trevor Howard) but they ultimately work together to hoodwink, foil and bump off a good number of Gestapo and Wehrmacht bad guys on their throttle through Rome, Florence and Bologna. Forget logic and go with the flow.

The Chairman of the Board did his usual director-bullying, this time exasperating  painstaking craftsman Mark Robson, but the star nonetheless delivered one of his better performances of the 60s and the supporting cast is solid. Howard, having put up with even worse petulance from Brando making Mutiny On The Bounty, took fickle Frank in stride (no doubt self-fortified) and offers his typical strong work. Sergio Fantoni is likable, Edward Mulhare gets with the spirit and Nazi/Fascist villains include Wolfgang Preiss and Adolfo Celi. Curvy sexpot Raffaella Carrà has the wrong period look, but who cares? **

The Jerry Goldsmith score works energetically, sound and special effects are good (the Sound Effects were Oscar nominated, losing to all the noises from The Great Race) and the location shooting is a slam dunk. Famous for the surprising and effective finale.

* Westheimer knew his way around Nazi’s and barbed wire thanks to three years as a POW guest of the 3rd Reich, serving time at Stalag Luft III of The Great Escape fame. Supporting actor Goodlife, captured at Dunkirk, spent five years in captivity. During his time behind the fences of several camps, he wrote, directed and acted in numerous plays, which were acclaimed not just by the fellow prisoners but by their impressed German captors. 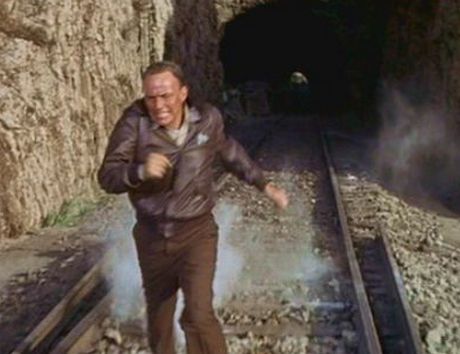 ** Irrepressible, bold and more than a bit naughty, Raffaella Carrà returned to Italy after this movie and one stint on I Spy. Twenty-one at the time of Von Ryan, she’d been performing since she was 8 and continues to this day, having enjoyed a wildly popular career in Italy, Spain and South America as a free-spirited singer, dancer, actress and TV presenter. Questo è mostrando loro, signora!