DESTINATION GOBI, an easy-to-take, lightweight adventure from 1953, is another recruit in the long and winding chow line of WW2 sagas purportedly based on some assemblage of facts.  A squad of US Navy meteorologists, plotting likely Pacific weather patterns forming  in the vast high desert of Mongolia, are pursued by Japanese air and foot patrols as they attempt to reach the sea and hopeful escape. They’re aided, hindered, tricked and saved by Mongol horsemen. 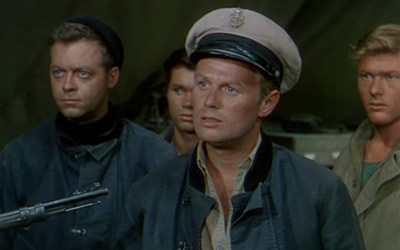 Smoothly directed by Robert Wise (also pulling parched earth duty that year with the fine Libya-set The Desert Rats), the $1,340,000 production looks nice in color, shot in Nixon, Nevada and Yuma, Arizona, doubling for Mongolia (pretty much out of the location running thanks to Mao Tse Tung and the Korean War).

Though there is some action, the tone is fairly light, per the absurd “what lengths men go to to fight each other”aspect of the offbeat setting and story.  The supporting cast is a competent, if unexciting lineup of secondary players of the day: Don Taylor, Casey Adams, Murvyn Vye, Darryl Hickman, Martin Milner, Ross Bagdasarian and Russell Collins.

What makes the team bearable and gives the doings some oomph is that the leader of the group is the ever-dependable tough guy Richard Widmark, who makes the orders stick with his usual force but tempers it this time with some wry amusement.  Another plus is perennial bad guy favorite Rodolfo Acosta, his sharp features lending themselves here as one of the suspicious Mongols. 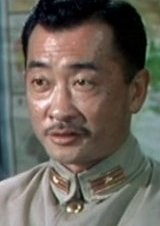 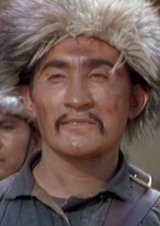 Casey Adams (later reverting to his real name Max Showalter) was getting pushed by Fox (he’d just done supporting work for Monroe in Niagara) while Ross Bagdasarian (David Seville) was still five years away from writing & singing “Witch Doctor” and “The Chipmunk Song.” 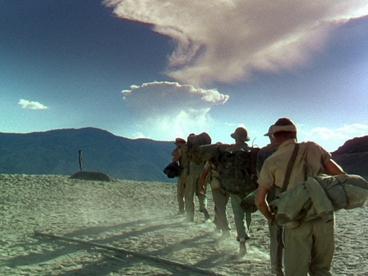 US boxoffice take lagged around $3,600,000, limping into spot #96 for the year. With Leonard Strong, Willis Bouchley, Earl Holliman and Richard Loo (once more a threatening Imperial officer). 90 minutes. 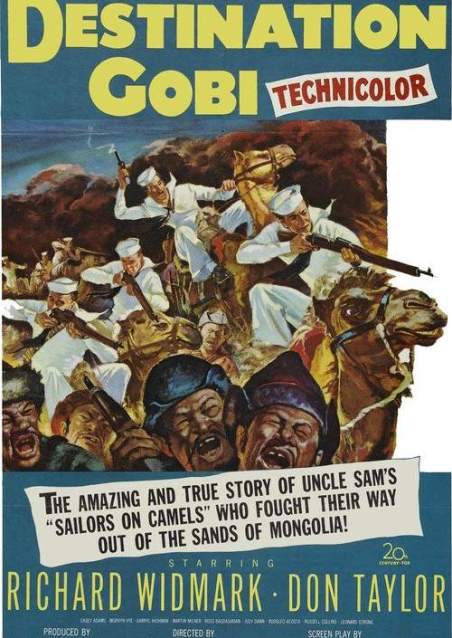