THE RAINS CAME  made quite a splash in 1939, elbowing aside enough of the flood of competition that historic year to land on 4th place for the years hits. Using Louis Bromfield’s lauded, best-selling 1937 novel as its source and producer Darryl F. Zanuck’s desire to outdo MGM’s 1936 epic San Francisco, Fox poured $2,600,000 into recreating Bromfield’s fictional Indian city of Ranchipur and then demolishing it in one of the Great Movie Catastrophes, earning the first Oscar awarded for Special Effects.

Just as with their previous year’s “top this, Louis B. Mayer!” saga, In Old Chicago, the studio’s leading heartthrob Tyrone Power was called into service: 25, charming, absurdly handsome and at the pinnacle of his popularity—starring in five films that year, with Jesse James blazing into spot #2.*  Instead of a firestorm finish like In Old Chicago, screenwriters Philip Dunne and Julien Josephson in their adaptation of Bromfield’s sprawling, topic-rich 608 pages give us a mighty earthquake & flood.

That’s the showstopper in the 103-minutes, preceded by romantic entanglements, followed by a cholera epidemic, all backed by such suggestions of exotic, still-colonial India as Hollywood could deploy, with music scoring from Alfred Newman and glinting black & white cinematography from Arthur C. Miller & Bert Glennon.

Zanuck scooped trades of Myrna Loy from MGM and George Brent from Warners, then filled the sidelines with solid character actors like Maria Ouspensakaya, Nigel Bruce, Joseph Schildkraut, Jane Darwell and Henry Travers.  Pretty ingenue Brenda Joyce drew a plum assignment when she was introduced as the secondary love interest.**

Adventure inclined ‘Lady Regina Asketh’ (Loy), who isn’t bashful about adultery, throws over her ill-tempered bore of a hubby (Bruce) for a dashing and dedicated Hindu physician (Power).  Bounder lush and old flame ‘Tom Ransome’ (Brent) wryly observes, the local biddies are scandalized, the wise and wizened Maharani (Ouspensakaya) has seen it all before.  Just when swooning fans were ready for a climax, the earth moves big-time. Redemption can wait because…

….first there’s a seismic whopper of an earthquake and a king-sized dam to collapse (while thunder, lightning and a monsoon downpour are already raging), leaving the  panicked citizens of Ranchipur to be pulverized and swept to their doom in a breathtaking display of technical bravura that still astonishes decades later.  I’ve blown away a host of friends showing them a clip of this sequence, which never fails to awe and provoke gasps of “How did they do that!”  It drew the first Oscar awarded for that category, beating out Gone With The Wind‘s burning Atlanta, Union Pacific‘s train wreck and the scary tornado from The Wizard Of Oz.   A 50,000 gallon tank of water was used for the dam collapse, and one site claims the studio used up thirty-three million gallons during the 100-day shoot (no drought in L.A. back then).  Nominations also went to the Cinematography, Music Score, Art Direction and Sound.

Thankfully, it’s not just the gee-whiz effects, but the solid acting and witty script before and after that makes this a Golden Era goodie to savor.**  One of the proper English ladies offers: “It’s my last tea this season. We’ll be leaving for Simla before the rains. You’ll be going too, of course?” Her snooty friend replies: “Naturally. No one stays in Ranchipur during the monsoon.”  The sarcastic playboy drunkard chirps in :”Only about five million people.” 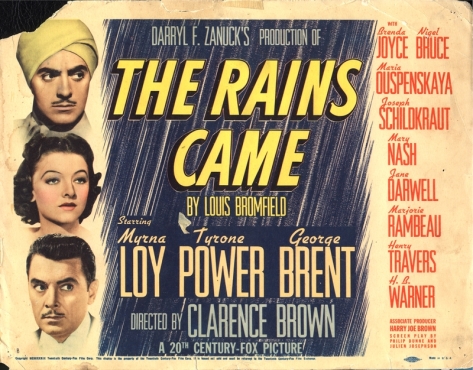 Power is relaxed and assured.  One-time IRA courier Brent was having a banner year, scoring two hits with Bette Davis (Dark Victory and The Old Maid ): this is one of his best performances.  Loy released her third ‘Thin Man’ outing in ’39, and her recent hits with Clark Gable saw her top-billed.  Zanuck had her back playing a bad girl again, as she’d done a half-dozen times early in her career.  He’d dumped her from Warner’s ten years before with the send-off “We can’t afford you. There aren’t enough wenches for you to play.”  Ensuing stardom brought some measure of revenge. 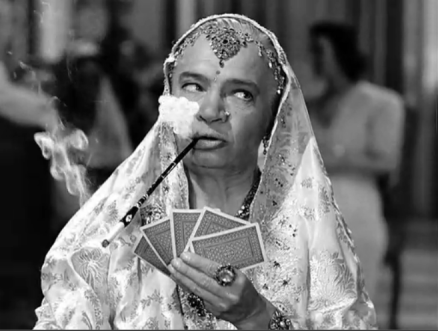 *Loy on Power: “… one of the nicest human beings I’ve ever known, a really divine man, perceptive and thoughtful… I’m sorry to report that we weren’t lovers, but close to it. I loved him, but he was married to that damn Frenchwoman [Annabella]… He had a very strong sense of other people, heightened by a kind of mysticism, a spiritual quality. You saw it in his deep, warm eyes.” She recalled him telling her that if he could be anything if would be “the wind, so I could be light and free and be anywhere I want at any time. I could go all around the world and look in people’s windows and share their joys and sorrows.”

** Alleged to sport the longest hair in Hollywood (39 inches worth), after this prestige rollout Brenda Joyce’s film career was undistinguished, her greatest fame coming from succeeding Maureen O’Sullivan as an athletic ‘Jane’, in five Tarzan adventures.  Abandoning the Hollywood jungle, she worked for many years resettling refugees.  Personal and health problems plagued her later life: she suffered from dementia, and died of pneumonia in a nursing home in 2009, at 92, outliving her one-time leading man Tyrone Power by 51 years. 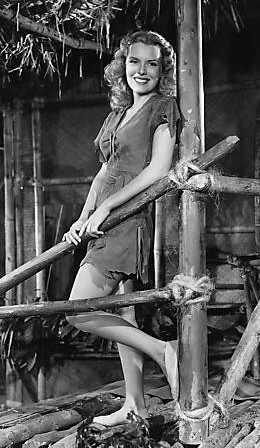 *** After serving as an ambulance driver for the French Army in WW1, surviving seven battles and winning the Croix de Guerre for bravery, Bromfield won the 1927 Pulitzer for fiction with his novel “Early Autumn”.  Eight of his thirty books were Top 10 bestsellers, seven of them turned into films, with The Rains Came the best remembered.  Bromfield’s novel loaded up with drama, suspense, action, lust, moral quandary and philosophical insight.  He told his friend Gertrude Stein:”India was magnificent, I was happier and unhappier there than I have ever been in my life.”  He wrote for the screen as well, including uncredited work on Dracula and For Whom The Bell Tolls, as well as penning the Disney adaptation of Ferdinand The Bull and The Vanishing Prairie.  Renowned as an innovative farmer and dedicated conservationist, he also criticized US attempts to interfere militarily around the world, trying to jam democracy on people unprepared to understand it, let alone desire it.  He died in 1956.  His gravestone reads: “To him who in the love of nature holds communion with her visible forms, she speaks a various language.” 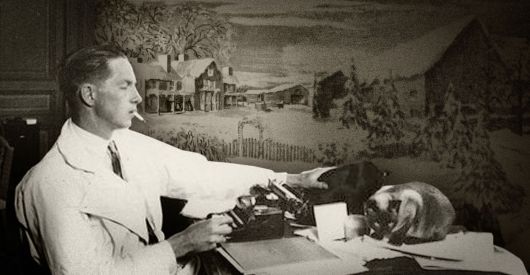 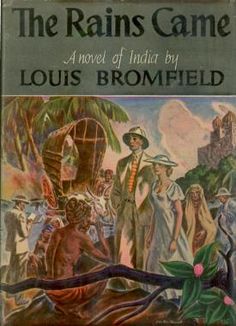