HAIL, CAESAR!—the 2016 entry to the Coen Brothers canon was a delight for some of their fans (I think it’s one of their best) and a seeming dud for a majority, based on the lame audience responses and a weak gross of $63,200,000 against a cost of $22,000,000.  A ton of advertising and mostly positive reviews didn’t return the TLC that was lavished on its production and that it deserves for such delicious deadpan delivery. 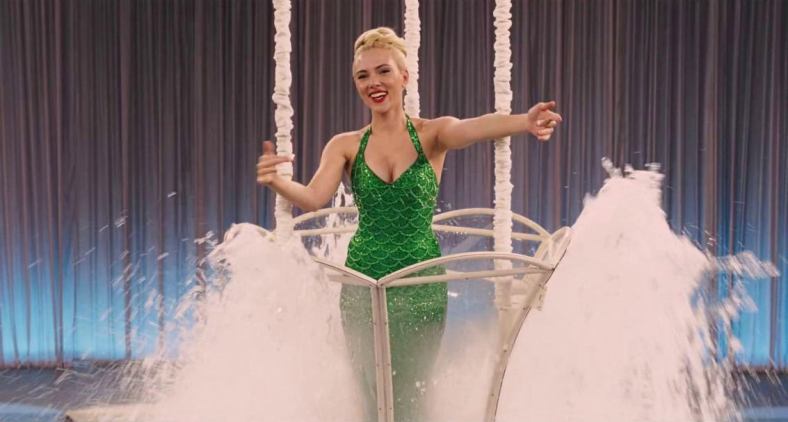 It no doubt helps to be old enough to have a sense of the period, attitudes and style they play with here—that of Hollywood during the early 50s. More to the point you’ll be extra tickled by their take if you have an appreciation of and affection for that giddy-gaudy transitional time in the culture, the oddball and talented denizens of showbiz and the larger-than-life (and unlike-life) product they fearlessly unleashed on a not yet totally jaded public.

‘Eddie Mannix’ * (Josh Brolin) runs interference for studio brass at ‘Capitol Pictures’, seeing to it that stars personal troubles stay out the daylight.  He’s further tasked with balancing an array of dissimilar vehicles being crafted into features, making sure they stay on focus and in budget.  Leading man ‘Baird Whitlock’ (George Clooney, having by fun poking some) is kidnapped by a cell of Commie writers, diva ‘DeAnna Moran’ (Scarlett Johansson) is knocked-up by who knows?, and decent but pronunciation-challenged cowboy crooner ‘Hobie Doyle’ (Alden Ehrenreich) gets elevated to roles out of his depth. Venomous twin sister gossip columnists ‘Thora’ and ‘Thesaly Thacker’ (Tilda Swinton, raging to a tee) smell scandal. 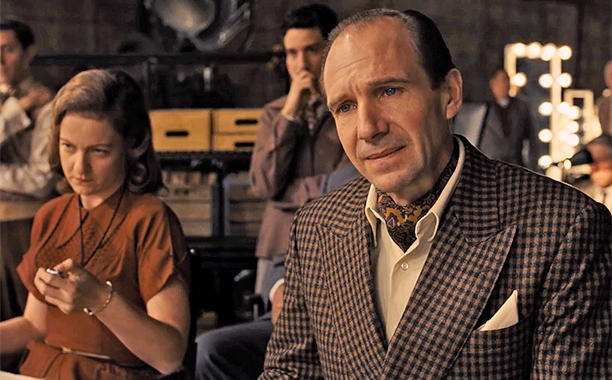 Brothers Joel & Ethan shared directing, writing, producing & editing for the 106 minutes, and with just a few negligible stumbles they manage to recreate the look and gestalt of the day. The script is a razor edge blend of spoof (that avoids overkill), nostalgia (sans phony lament), detail (the fake movies look and sound almost good ) and deep-cover satire (the Red writers group are hilarious—casting is perfect). The writing is some of their best yet. Quick-moving but not frantic, exuberant but not loud, spicy without being coarse, subversive without being smug.

What separates the Coen’s (um..usually**) from other contemporary society-slicers like the unrelated Anderson’s (Wes and Paul Thomas) is they don’t seem to transparently hold their characters—big or small—in contempt, nor their audience, so you laugh with and not at them (Tom McCarthy has this gift as well, maybe even keener).

* Not for nothing were the old studio bosses referred to as ‘Czars’.  Nearly to a man they came from countries that had been under the heel of autocrats, and they ran their glittering fiefdoms with one hand on the jewelry and the other holding a whip. Like the monarchs who had ruled Russia, Poland, Germany and Hungary, they employed in-house secret police. The real Eddie Mannix was the legendary fixer for Louis B. Mayer’s MGM. He was not quite as nice a guy as he’s portrayed here by Josh Brolin.

**Let’s just forget about their awful remake of The Ladykillers.

One thought on “Hail, Caesar!”