FREUD—-maverick to the end, director John Huston never shied away from difficult and offbeat subjects. A casual glance at his credits reveals choices guaranteed to elicit puzzled head-shakes from nervous studio execs, flummoxed critics and ego-bruised stars; a collective sputter of “What’s he doing now?”

His daring and ambitious partial bio of the ever-controversial Sigmund Freud found a perch with a slew of thematically challenging films in the banner year of 1962.*    Fittingly for the subject, it was a notable ordeal to make.  Barely released by Universal (they gave up on it and threw it away), flopping with audiences, mostly forgotten since, it may be the least known of that years startling crop and is ripe for rediscovery.

Fascinating and flawed, it’s beautifully photographed in sharp black & white by Douglas Slocombe, was given an appropriately unusual score from newcomer Jerry Goldsmith, and in the main is quite well acted.  An original script commissioned from Jean-Paul Sartre was rejected as unwieldy: the vaunted philosopher was out of his depth trying to structure anything for the screen that people could understand let alone sit through as it would’ve run five hours.  Charles Kaufman and Wolfgang Reinhardt took over, and they got the credit, but it was sham, as Huston rewrote all of their stuff himself in addition to his directorial chores.  As it was, the script drew an Oscar nomination, but did not credit Huston, who didn’t file in time for the Academy’s rules. The story covers but five years in the pioneering psychologists career, and is by necessity dense with literate exposition, most of which is involving, though it begins to drag in the last third of a very talky 139 minutes.  It gets into back & forth theorizing like few other films did or have since, tasking the audience to pay attention and giving them credit for being smart enough to follow. Huston’s crafty gambler instinct was to turn the intense flow of ideas into what amounts to a detective story, mining suspense out of puzzlement.  The striking visuals and fine cast hold the fort when the ideas get loose.** 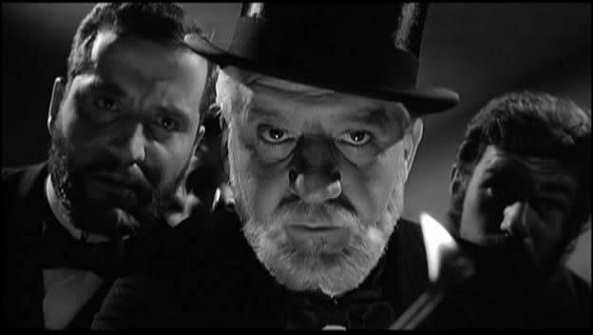 “What a splendid thing to descend into Hell and light your torch with its fires.”

The production became a brutal psychological battle of total opposite male types, as Huston and star Montgomery Clift locked ego horns from the outset.  Even more trouble than he’d been on The Misfits,  Clift was by then a basket case of self-inflicted neuroses and substance abuse who could barely function. His performance is an uneasy mix of sheer will subsumed into raw talent and fraying-before-your-eyes physical scrunching: it often seems like his head is going to vanish into his shoulders. Erratic or not, he always remains interesting, if unfortunately rather less so than that which revolves around him. 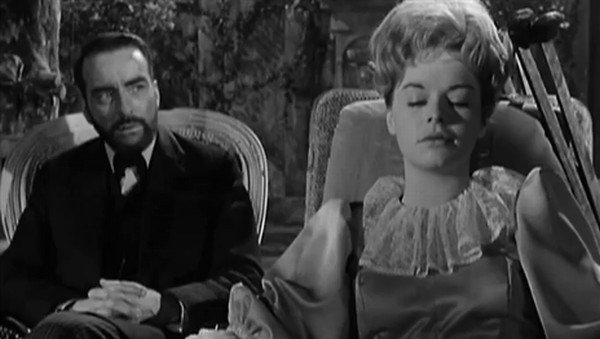 Clift is bettered by his co-stars.  Susannah York pulls out the stops as one of Freud’s special cases, actually a composite of several people, with enough hysteria for ten.  She  also fought Huston tooth & nail throughout the shoot, adding to the tension between the assorted personality demons of John and Monty.  Aces at suggesting a urbane Eurocad, Eric Portman has one of his best roles, cutting and imperious as Freud’s nemesis.  Best of all is a commanding Larry Parks as humanistic mentor Josef Breuer.  Parks is simply splendid, a calming anchor with his marvelous line readings— this return after years of blacklisting shows what great work the industry denied itself by allowing his bogus persecution. It’s both a redemptive triumph and artistic shame that this return to features was also his last on-screen appearance. There’s a brief but effectively frank (and quite weird) scene with rising light David McCallum.  Huston provides the silken voice-over narration.

The painterly director and cameraman Slocombe stage some striking dream sequences reminiscent of German expressionist films of the early days:  some of the imagery in the film really pushes the audience-unease envelope for the day–it’s even more out front than Lolita (minus the humor).

Costing $4,000,000, it hit a feeble 83rd spot of the years money-makers, even after a title change to the hopefully more enticing Freud: The Secret Passion.  People preferred to stay on their couches at home instead of Sigmund’s.  Along with the screenplay, Goldsmith’s score was nominated (no way to win against Maurice Jarre’s Lawrence Of Arabia ), and in a pure example of Hollywoodzian mind-frick sections of it were purchased later for use in Alien (Ridley Scott not bothering to consult the composer beforehand).

*Aside from a slug of spectacular globe-hopping epics, 1962 saw a burst of mature content breaking artistic ground for the hopeful page-turning of Kennedy’s New Frontier.  Patrons could be challenged or put off by Advise And Consent, Birdman Of Alcatraz, Cape Fear, Days Of Wine And Roses, Jules And Jim, Knife In The Water, The L-Shaped Room, Lolita, Lonely Are The Brave, Long Days Journey Into Night, Mondo Cane, To Kill A Mockingbird.  The oldest genre, the western, saw past master John Ford adding bitterness to lament with The Man Who Shot Liberty Valance just as new gunslinger on the block Sam Peckinpah countered with Ride The High Country.  Two of the historical epics offered a cerebral new twist on The Hero with the risk-running interpretations by Peter O’Toole and Marlon Brando in Lawrence Of Arabia and Mutiny On The Bounty.  In all that mass of smart stuff, this very intelligent delve into the inner world got buried in memory. What would Jung say?

** Amusing snatches of some of what Huston and Sartre had to say about each other—-to quote from Lawrence Grobel’s remarkable book “The Hustons”—….”Physically, John thought he (Sartre) was the ugliest man he’d ever seen….boorish, a man so in love with his own words that he was constantly writing down what he’d said and never allowed anyone else to speak until he had finished, which never happened.”   “Sartre considered Huston’s ‘interior landscape’..the last stop before the moon…his emptiness is purer than death.”

Don’t bring a pen to a dick-fight.