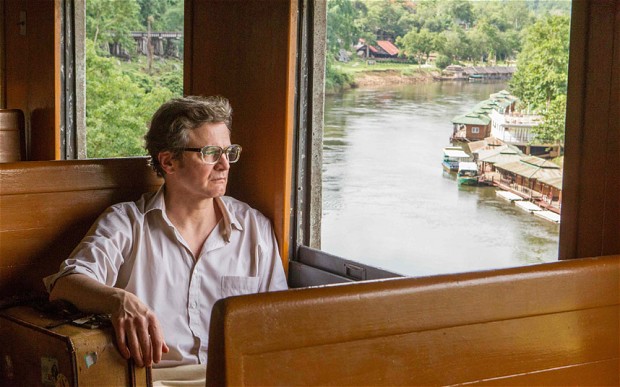 THE RAILWAY MAN—–Eric Lomax (Colin Firth) was a British officer captured by the Japanese after the 1942 surrender of Singapore. Forced to work on the infamous Burma Railway, Lomax later wrote a book on his captivity, torture, tormented postwar life and journey of reconciliation to confront his interrogator. That’s the sketch backbone of this unsurprising but solid 2013 adaptation by director Jonathan Teplitzky, which pulled decent reviews but only $22,300,000 against an expended $18,000,000. 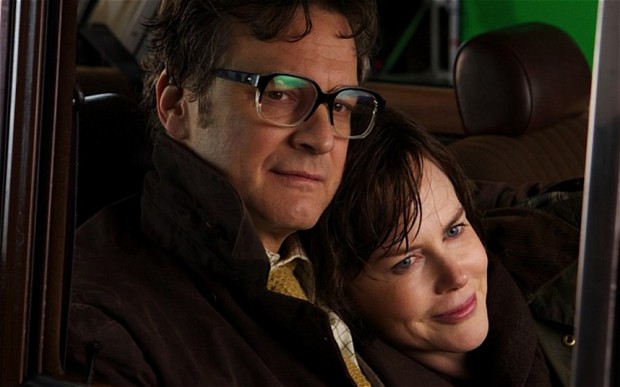 At 121 minutes, it weaves between the wartime drama (with Jeremy Irvine as young Lomax) and decades later, as the PTSD tormented Lomax and his wife (Nicole Kidman, plained down and quite good) seek out nemesis Takashi Nagase (Hiroyuki Sanada & Tanroh Ishida).  Grueling and slow-paced but worthy, thanks to the acting and story, shot partially in Thailand. With Stellan Skarsgård and Sam Reid.  A visit to the now-tourist sites of the Railroad, including the famous bridge across the Kwai river in Thailand’s lush, steam-heated Kanchanaburi Province is a memorable experience (beyond the fun of just being in Thailand to start with); a stop at the JEATH War Museum and one of the Allied cemeteries is enough to boil your blood as much as the Siamese sun bakes your hide.  An apology from the Japanese government might be ‘honorable’, but apparently that’s a hell-freezes-over proposition.