FORT APACHE. THE BRONX  could have been a great urban drama had writer Heywood Gould and director Daniel Petrie gone for broke and risked offending a few more people (basically everyone) but they drop the ball, strewing subplots around that do little more than clutter. Except for more gore, more swearwords and more sex than the stadium-load of cop movies and TV shows that preceded it, it has nothing new to offer the genre.

Paul Newman and Ken Wahl play partners working the South Bronx hellhole (which it certainly was in 1981, when this came out) from a precinct house falling to pieces, staffed with department foul-ups.  When they witness two other cops murder a young suspect they begin to question the point/lack of point of their work and effect.

There are fine individual scenes and much of the acting is good: Newman is customarily excellent, Wahl likable, Pam Grier has a chilling turn as a murderous hooker. Rachel Ticotin is affecting as a junkie and Danny Aiello works it as a brutal patrolman—he and Newman have a terrific fight scene.

The other action scenes are rudimentary, and too many ‘important’ moments end up flat and cardboard.  The film got a lot of press but it left a quickly erased wake. 125 downer minutes, with Edward Asner, Kathleen Beller, Miguel Pinero, Tito Goya, Jaime Terelli, Sully Boyar, Tony DiBenedetto, Paul Gleason and Dominic Chianese. It took in $65,200,000, landing 25th among those released in ’81. 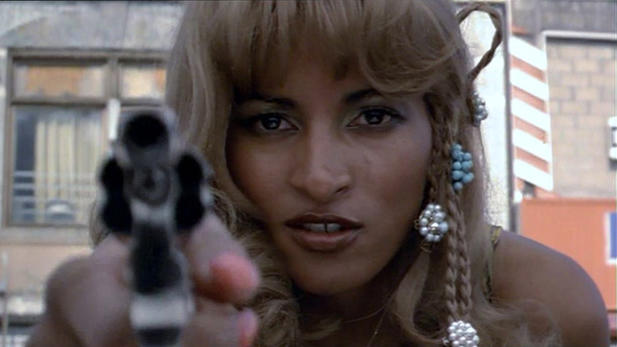