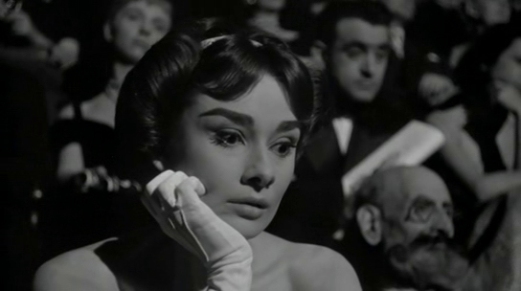 LOVE IN THE AFTERNOON , a 1957 romantic comedy from director Billy Wilder, works nicely in the vein of Wilder’s idol Ernst Lubitsch, with an abundance of chuckles and a dash or two of the bittersweet.  Wilder’s script* (the first of twelve he co-wrote with I.A.L. Diamond) keeps the 130-minute identity farce humming along, but the real charm-lock is Audrey Hepburn (28 playing 18) as a Parisian cello student who falls for a carefree middle-aged American playboy (Gary Cooper, 56 and looking worn). Her papa (Maurice Chevalier) is a private detective who has been keeping track of the rich rogue’s amorous scandals. 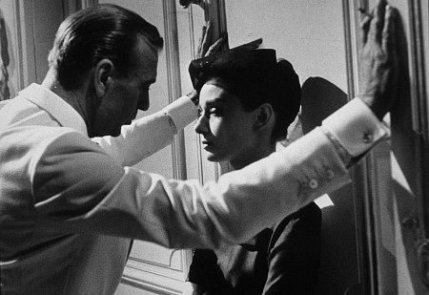 More European than American in style (and subject matter—age differences and ‘illicit’ romance not such a big deal for populations who made it through air raids), it didn’t do well in the States, grossing $4,400,000 against a pad of $2,100,000, lagging in spot #48  for the year (it did much better across the Atlantic).  Cooper drew some derision for the age dif (his box-office scores declined after his last big hit, Vera Cruz in 1954) and he looks ill as cancer was gaining its grip: in many scenes Wilder has him photographed half in shadow to disguise his looks against those of his camera-loving co-star.  She gets numerous glowing closeups, Coop gets shut out.  Chevalier, on his first Hollywood job in twenty years, is excellent, and at 69, thirteen years Cooper’s senior, he looks hale and hearty.  John McGiver’s early career gets a boost in 4th-billing as a cuckold: he brings his usual inimitable brio to the plate.** 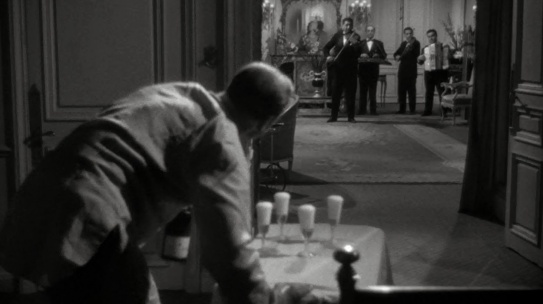 With Van Doude, The Gypsies (the 4-piece orchestra who accompany Cooper’s seductions, and have a very funny scene helping him polish off a tray of refreshments) and Olga Valery (the woman frustrated by her irksome Yorkie terrier). Cooper’s hot date at the opera is Wilder’s wife, Audrey Young. 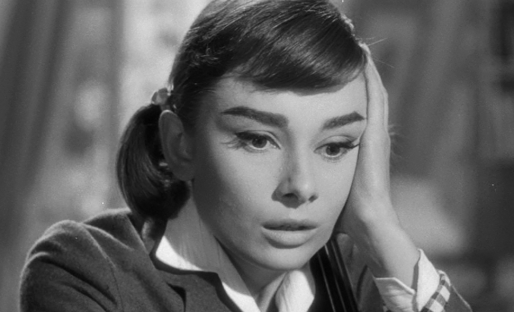 *Time for Six Degrees of Gary Cooper—before he emigrated to America ahead of the Nazis, Wilder had co-written a 1932 German film titled Scampolo, ein Kind der Strasse (Scampalo, a Child of the Street), which had been filmed before in Italy in 1928–stay with me)—titled simply Scampalo.  These were off a 1920 French novel, “Ariane, jeunn fille russe” (“Ariane, Young Russian Girl”), written by Claude Anet–who was really  Jean Schopfer, a tennis player (put down notes and give up at this point).  Then, in 1931, Hungarian director Paul Czinner filmed three separate versions of the story: one for France (Ariane, jeune fille russe), one for Germany (Ariane), one for England (The Loves of Ariane ).  The latter two starred Czinner’s wife, Elisabeth Bergner.  He was homosexual, but that has nothing to do with anything beyond the fact that he and Ms. Bergner were happy together and put out movies.  These included a 1934 Catherine the Great, shot in Britain the same year Marlene Dietrich filmed her Catherine epic, The Scarlet Empress.  Dietrich and her director Josef von Sternberg had, like Czinner, Bergman and Wilder, also fled the emerging Hitlerian nightmare.  Dietrich-Sternberg’s first Hollywood hit was 1930s Morocco, starring—wait for it… Gary Cooper, 29 and handsome as hell.  The lanky Montanan suited Marlene’s estimable and varied collection—James Stewart, John Wayne, Greta Garbo, Yul Brynner, George Bernard Shaw, Frank Sinatra and JFK.  Daffy Duck?   Coop, meanwhile, was one of tinsel towns great Lotharios (married? oh, yeah, whatever), jousting with every female costar except Lassie.  We hasten to add both Dietrich and Cooper were well-liked by almost everyone who worked with them, and their talent trumps all.   Americans do spit-takes with their Wheaties digesting this frivolous ‘sin’: the French shrug, pretend they don’t speak English and order another $11 coffee. 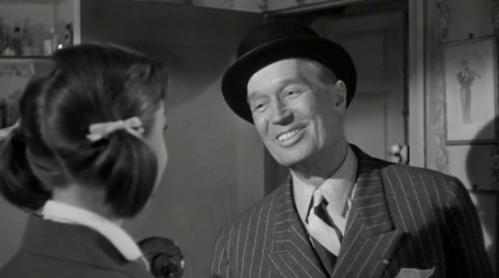 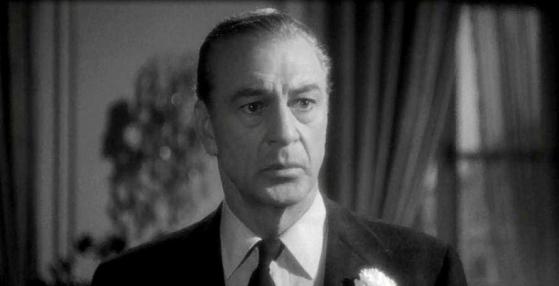 **Portly, bald, owl-like enunciation maestro John McGiver held a B.A. and Masters in English from Fordham and Colombia universities, entered the US Army as a private in 1939, left as a captain in 1945, after fighting with the 7th Armored in the Battle Of The Bulge.  44 at the time of Love In The Afternoon, he delighted audiences in 111 credits, and fathered ten children with his wife Ruth.  As far as is known, he did not have an affair with Marlene Dietrich. 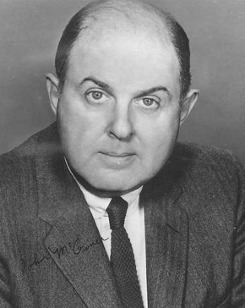 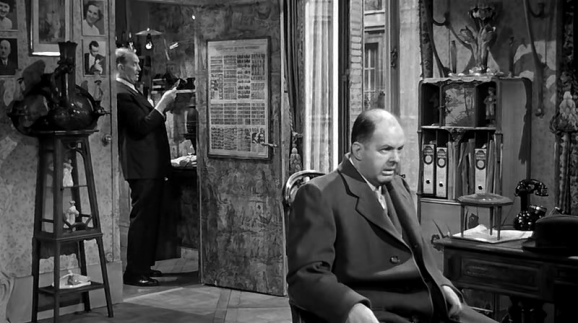