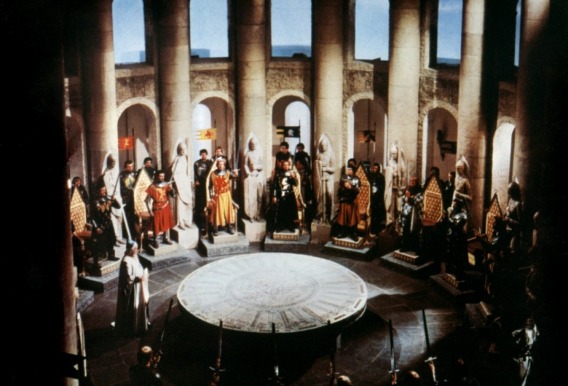 KNIGHTS OF THE ROUND TABLE—-“Sire, my sword arm has been idle too long. It’s sick for the sound of battle.”  The star and production team that made Ivanhoe a hit come back together for this 1953 adventure and have a pro go at the legends surrounding King Arthur.

Despite a lot of work in the physical arena with costumes, props and location filming in England and Ireland, the $2,600,000 result is a heavy-going, dramatically inert semi-epic, too full of hot air and at 115 minutes too long in the exhaling thereof.

Miklos Rozsa’s music score is fine, the color is attractive (Freddie Young and Stephen Dade on camera duty).  Robert Taylor looks neat as Lancelot, but his acting seems tired; Mel Ferrer makes nothing out of Arthur—with such a nondescript King to swirl action and intrigue around, it seems mostly wasted effort.  Ava Gardner makes a viable Guinevere, Stanley Baker gets as nasty as he can as Mordred and there are a few sections of Ye Olde Score Settling scattered about.

It did well with audiences, making $8,100,000, and drew Oscar nominations for Art Direction and Sound.  Directed by Richard Thorpe, who ornamented his cast with Felix Aylmer, Maureen Swanson, Gabriel Woolf, Anne Crawford, Robert Urquhart and Niall MacGinnis.  Unbilled, Desmond Llewelyn is clanking around in armor with a funny hat on, and a 22-year Dana Wynter has a bit (no doubt crossing her fingers she wouldn’t draw the ire of the fire-breathing leading lady). 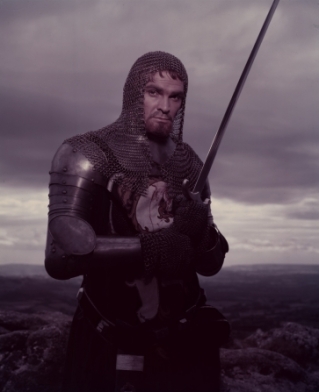 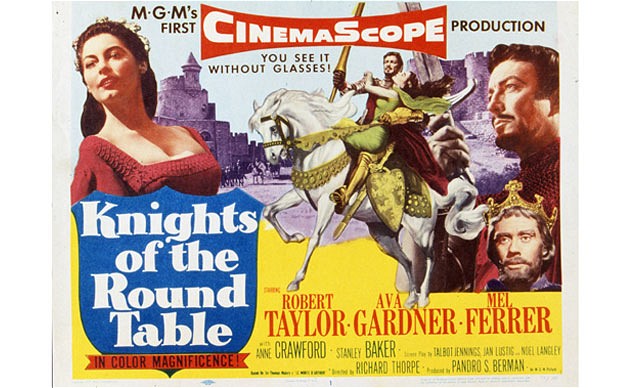