SUNDOWN  is a fun 1941 WW2 adventure, one of the flurry of support-Britain pictures made before Pearl Harbor officially unleashed American movie troops against the Axis.  Here, men at an English colonial outpost in Kenya, near the border of Somalia (back then, we’d be saying ‘British East Africa bordering Abyssinia’) must battle Nazi infiltration of local tribes (get them to revolt against the King George IV brand of ‘benevolence’ as it were). Our stalwarts do this with the aid of a mysterious Somali woman, a trader-princess of sorts (and a dish, naturally), who shows up and prods the men’s morale as much as the Germans are provoking the natives eternal restlessness. 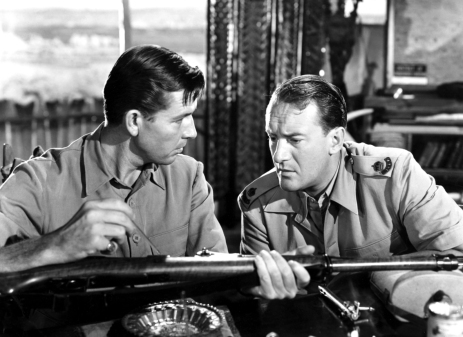 You get the sturdy commissioner (Bruce Cabot), the suspicious Major (George Sanders), the airy, gin-tippling second-in-command (Reginald Gardiner), a heedful White Hunter (Harry Carey) and a friendly captive Italian (Joseph Calleia). How about that ‘Dutch’ engineer (Carl Esmond) ?  All are bewitched to one degree or another by ‘Zia’ (Gene Tierney, 21 and hot stuff; her fifth movie and already a star after one year in the business).

Witticisms, romance, intrigue, gun battles, piloted with easy skill by Henry Hathaway, on a budget of $1,258,000, filming in Arizona and New Mexico to simulate the arid expanses of northern Kenya.  Reviews were positive and  it brought back $2,800,000 after studio accounting totted it up, a bit less than hoped, #86 that fateful year. Some balm came from Oscar nominations for Cinematography, Music Score (Miklos Rozsa in the desert again) and Art Direction. 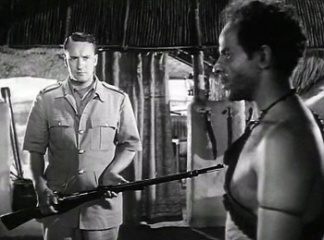 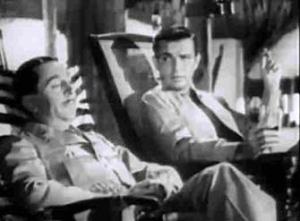 The cast all do just fine, even if La Tierney is a bit much to accept for realism (paging Who Cares?), and there are also roles for Cedric Hardwicke, Marc Lawrence, plus a bit from a nineteen- year-old Dorothy Dandridge.  Along for atmosphere are Woody Strode, 27, in his second outing, after a dramatic blink & miss close-up offered by John Ford in Stagecoach, two years earlier, and legendary composer & choral arranger Jester Hairston (40, yet slighted in the credits as ‘native boy’; memorable two decades on as Jim Bowie’s valiant servant in The Alamo).  90 minutes of old-fashioned entertainment.

Coop shows up during filming. What’s he got on his mind?  You can bet it’s not a camera angle. 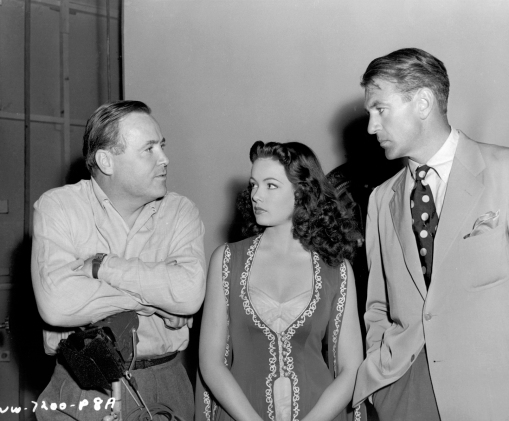