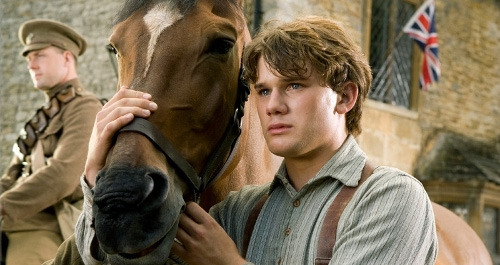 WAR HORSE  is rich production eye candy to devour, thanks to Steven Spielberg’s undimmed flair with action set-pieces and his movie-history-soaked sense of how to make a shot look like it should be framed and mounted as a painting. It also suffers from his much-criticized tendency to hit the heartstrings with a right hook instead of a caress.*

He directed the 2011 drama of Michael Morpurgo’s 1982 children’s novel, which was turned into a world-wide success as a play in 2007.  The story offers a unique angle on the colossal waste of life in World War One: not the mown-down or blown-up human casualties, but the 10,000,000 horses that were slaughtered—killed in action, worked to death or eaten.  Focusing on one English thoroughbred from 1912 to 1919 (played by fourteen different horses covering ‘Joey’ as foal, colt and adult), the story has built-in sentiment from the get-go (Black Beauty meets Man O’ War) as the switching fortune and fate of battle see Joey through five owners; British, German and French. 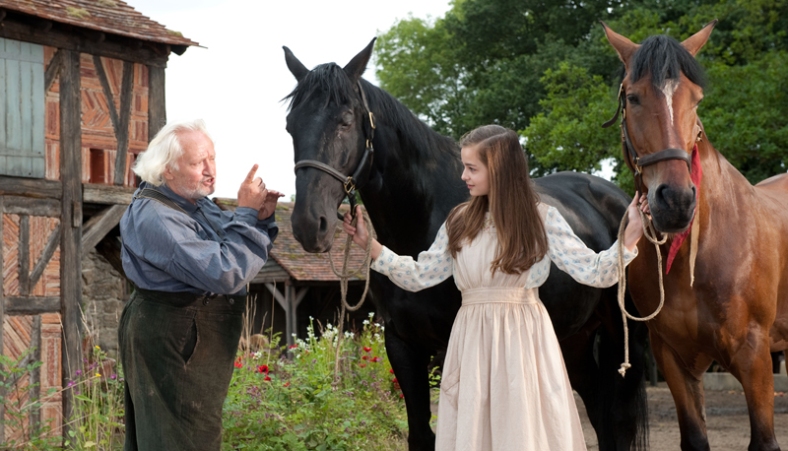 Spielberg’s go-to cameraman Janusz Kaminski lenses it all beautifully, and Spielberg commands the action scenes and large-scale crowd and equipment pageant expertly. He eases up on the blood-spill from Saving Private Ryan, not because The Great War lacked for carnage but rather in light of the story being tilted toward a family audience.  The English countryside locations around Devon are eye-watering. Acting all round is fine. The $66,000,000 expended shows off in every frame. 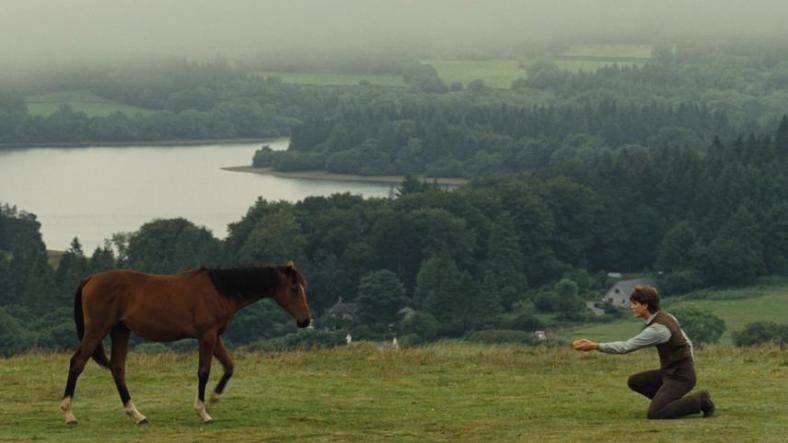 Trouble is…the script feels so old-fashioned and John Williams music score is so maudlin (his worst since..well, it’s him at his most Feel The Soar Of Emotion-FEEL IT! ) that combined with the director misplacing delicacy for depth, has way too much of it coming off mawkish. You want to care more than you actually do.  There’s so much Big Heart/Big Moment heaved at you in the first pre-war segment that the misery at the Front comes as a relief. 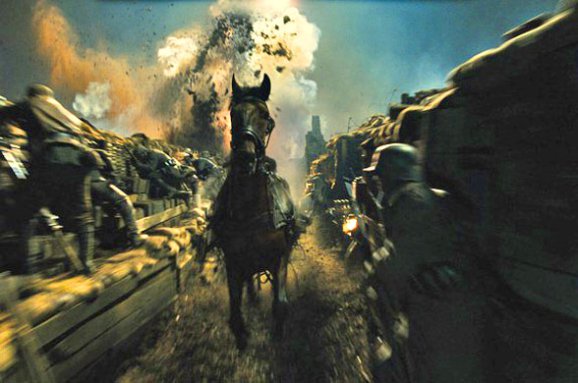 A corral of Oscar nominations—Best Picture, Cinematography, Music, Art Direction, Sound Mixing and Sound Editing—but capturing none, it drew mostly good reviews and made around $178,000,000, under-performing in a year that saw hordes lining up for Transformers:Dark Of The Moon, The Smurfs and The Hangover Part 2.

So much of it is so well done (the cavalry charge, the farmhouse interlude, the barbed wire nightmare) it’s a shame to watch it hobbled by it’s own good intentions.  At the very least the movie is a heartfelt testament to the some of the loss Britain sustained from 1914 to 1918: 886,000 men, the cream of a generation; of one million healthy horses sent across the channel only 62,000 came back. Gullible people ask for it, trusting animals don’t. 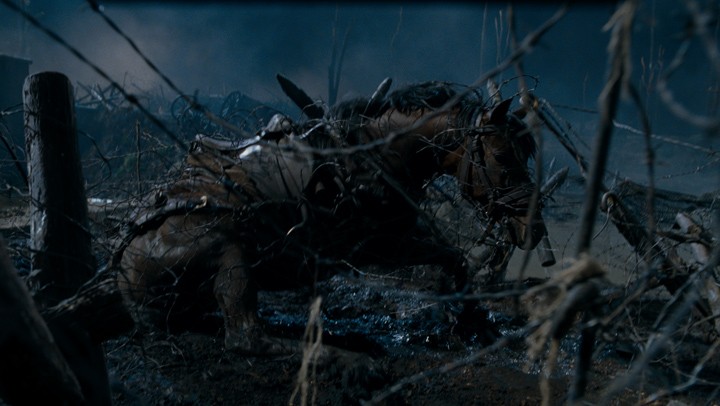 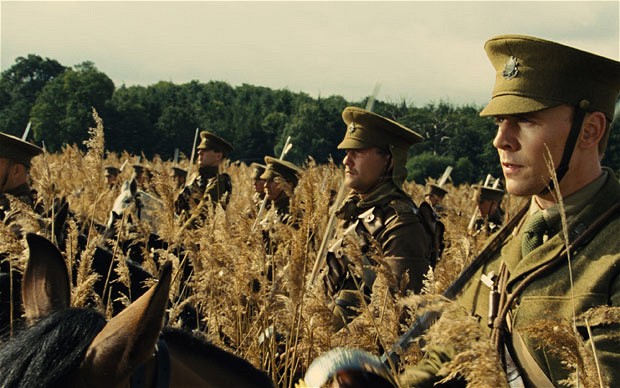