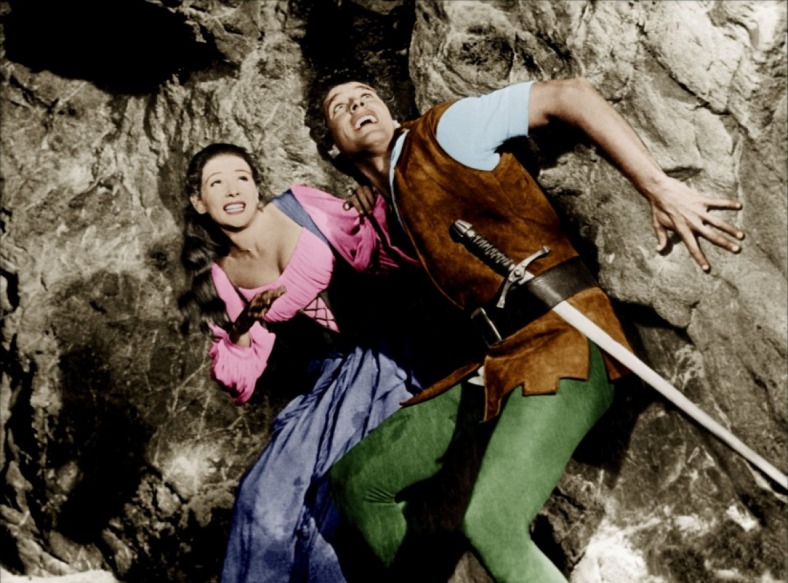 JACK THE GIANT KILLER—“Your Majesty! A giant is running off with the Princess!”  The folks who brought us The 7th Voyage Of Sinbad tried to strike gold again with this pale shadow and come a cropper. Four or five year olds whose grandparents haven’t thoughtfully introduced them to Real Deals like Jason And The Argonauts might enjoy this, but otherwise it’s best left in the mists of 1962 nostalgia.

Heroic stalwart Jack (Kerwin Matthews) defends fresh faced Judi Meredith against evil Torin Thatcher and has to make his way through a maze of the least scary monsters ever purloined from Ray Harryhausen. All to the accompaniment of the most insipid music available.

Director Nathan Juran had a restricted budget, the effects are subpar, especially next to the fabled Harryhausen creations. With Walter Burke, Don Beddoe, Tudor Owen. 94 minutes.

Instead, spur thyself to the spectacular 2013 re-do  Jack The Giant Slayer. 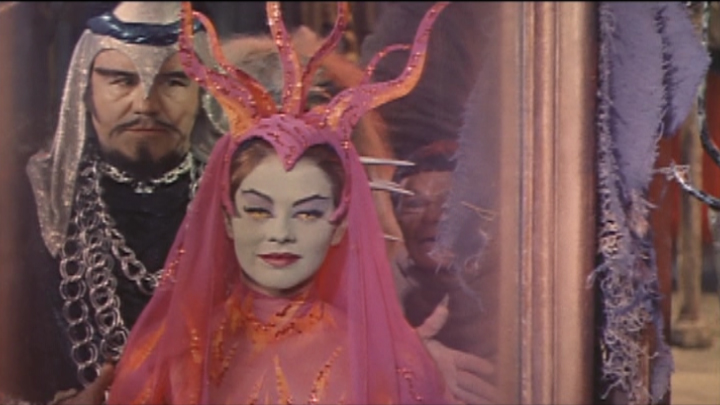