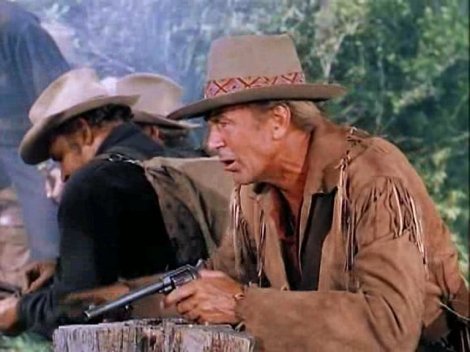 DISTANT DRUMS—-“We’re gonna stay here and fight! They’re gonna kill us anyway, so let’s take some of ’em with us!”   Gary Cooper’s 76th movie, his 22nd in frontier garb, this time as a buck-skinned scout for the Army as they fight the Seminole Indians in the Florida swamplands. 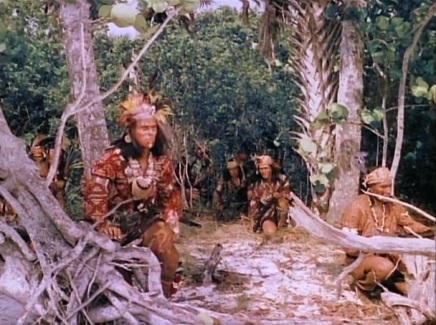 Cooper walks (make that shoots) through his role, which is written to 1951 matinee dimensions, and the story-line, stale romance, dialogue and supporting performances are all from conventional deja vu.  Anachronism abounds with weapon props out of period, and where did this travel-light platoon of guys getting chased through the vines and muck suddenly come up with axes, heavy rope, abundant drinking water, and all the extra ammo–enough to fight Great Britain? 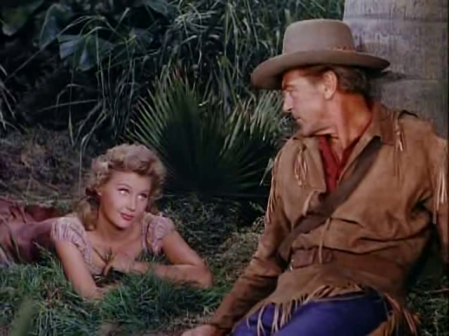 As directed by old pro Raoul Walsh, other than locale it breaks no new ground, but action fans (at least those of a certain age–i.e. older) will deal with the errors and approve, since it keeps a brisk pace for the 101 minutes, through a half-dozen noisy skirmishes, tweaked with fun costuming and sound, backed by another blood-heating music score from Max Steiner, all filmed in bright color in and around the Everglades and St. Augustine. 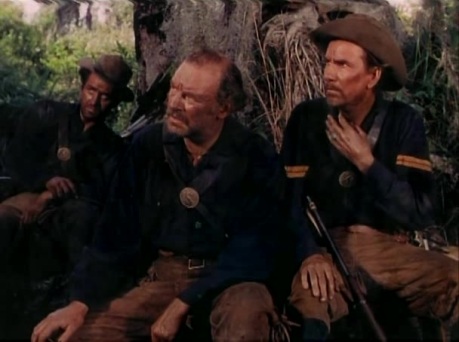 The first instance of the legendary ‘Wilhelm scream’, here heard underwater as an alligator chomps on an unlucky soldier. The classic shriek was performed by Sheb Wooley (singer of “The Purple People Eater”), and has been used over 225 times in films and TV shows since. 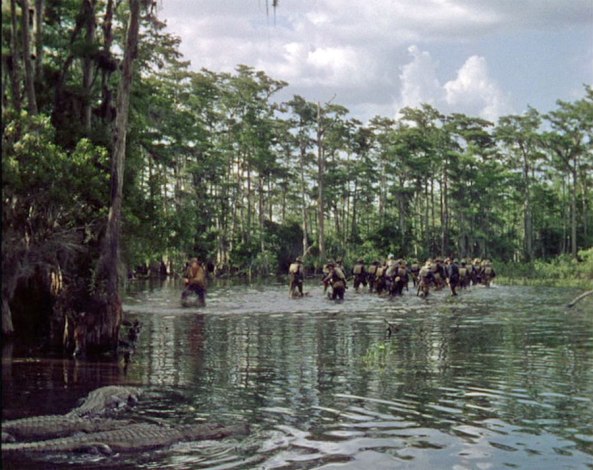