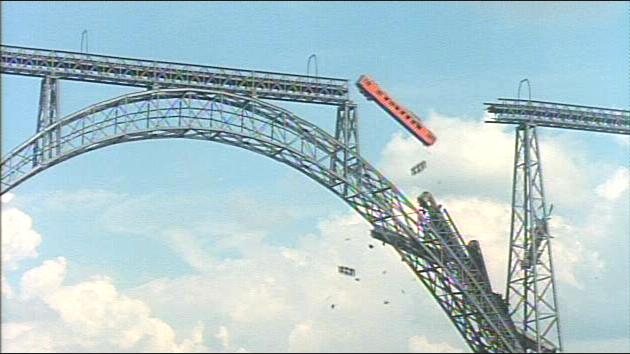 THE CASSANDRA CROSSING—-in disaster-movie tradition a plotload of stars plow toward their fates, as glamorous passengers on a train carrying plague-infected terrorists fight for survival when army honcho Burt Lancaster diverts their conveyance to a derelict bridge somewhere in Poland. ‘Big crash’ finale does not save it. 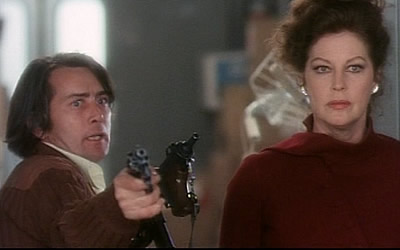 It paid for itself, but it won’t reward you much to watch it unspool, with logic holes big enough for a germ-laden locomotive to rumble through. It’s also dull. Star powered for insurance: Sophia Loren, Richard Harris, Martin Sheen, Ava Gardner, Lee Strasberg, Ingrid Thulin, John Philip Law, Lionel Stander, Ann Turkel and future murderer O.J. Simpson. As per their collective participation, Gardner, having experience perishing in Earthquake, perhaps nailed the overall sentiment best: “…the real reason I’m in this picture is money, baby, pure and simple.” 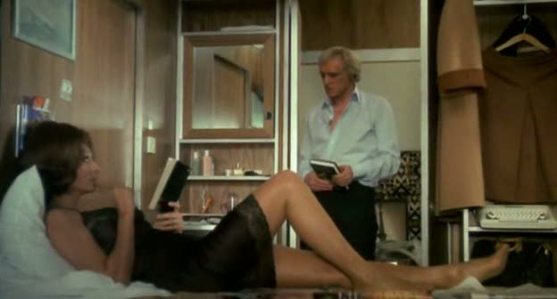 Battling the limp direction from George P. Cosmatos, Jerry Goldsmith gives it what pep he can with his scoring; he’d already done The Omen and Logan’s Run earlier that year.

Shot in southern France and Switzerland, the 1976 chugger tracks 127 minutes. Despite poor reviews, the idea of the cast and a calamity pulled $8,750,000 in the States, #65 for the year, and did extra strong business in Japan. 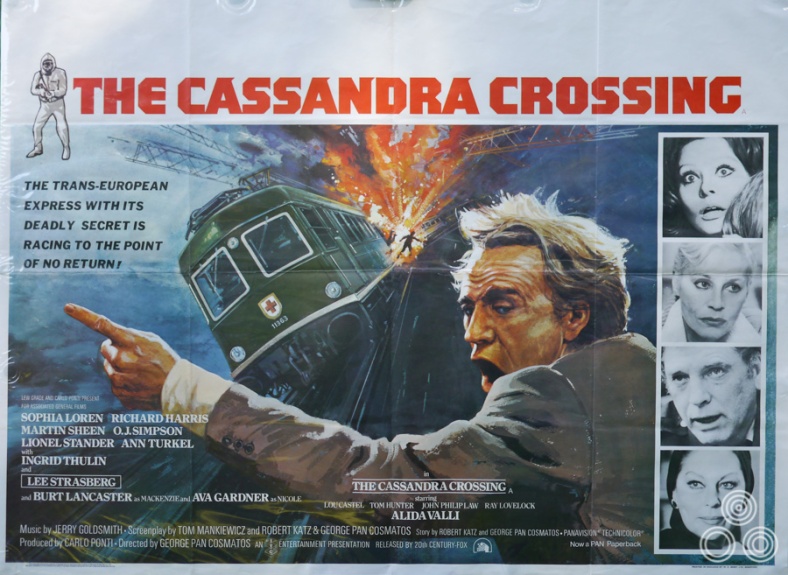