LOCAL HERO —sweet and gentle comedy from 1983 has an eccentric oil company tycoon sending one of his deal-nailing sales pros to Scotland, tasked to convince the residents of an idyllic seashore village to sell out to the company’s plan for building a giant refinery.  Charmed by the kind and laid-back locals, the economic hit man (Peter Riegert) discovers the real value of the real estate in question and re-evaluates his own purpose.

Writer-director Bill Forsyth’s 111-minute dream ala Capra takes a poky while to get going, and twenty minutes in you wonder where it’s all headed and when it will take off.  But the buildup is measured so that it gradually wins you over and by the end you wish it would continue, as you’ve grown to care for the solitary beauty of the setting, its beaches and magical night skies and its oddball yet convincingly real inhabitants.  Whimsy can turn to goo if not done right, but Forsyth’s tone, the myriad musings in the script and his swell cast walk just the right fine line. As the  star-gazing zillionaire behind the acquisition scheme, Burt Lancaster has one of his best latter-career roles, dialing back his customary flamboyance to a quietly genial foray into world-amused irony. 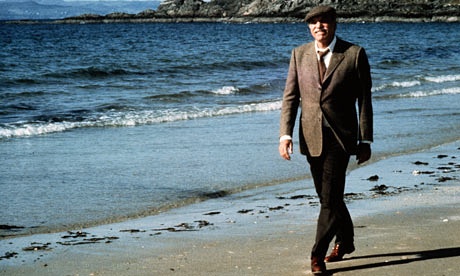 The landscapes, various spots around Scotland cobbled together by the film-makers to fit the story, are as much a character in the tale as the actors, and some of the locales have become, like the Irish locations from The Quiet Man, little pilgrim meccas for fans of the movie.  Best watched with a good sound system, not just because most of the dialogue is delivered softly and with a Scot’s lilt, but because the plaintively pretty Mark Knopfler score that adroitly backs it all deserves its best airing.

Critics applauded, and audiences responded with a neat $5,900,000 take in the States and more abroad.  Both a love poem to Scotland and an early environmental plea in favor of the boundless wealth of the natural against the alluring greed of the goliaths, it’s great for a couch-curl up with a toddy.