“I guess if the Earth were made of gold, men would die for a handful of dirt.”

GARDEN OF EVIL—I bow before The Master—Glenn Erickson at CineSavant— whose review of this 1954 opus nails it to a cactus. He reveals this as a longtime favorite, and I believe I would have regarded it as such, too, had I caught it as a young’un.  Today, older than Gary Cooper was when he made this (at 53) I’m hopefully a tad more discerning than I was as a plastic-six-gun toting kid, but like Mr. Erickson, I am still suckered by this westerns allure-factor.

Beyond the basic neat-adventure plot, and fondness for the cast, the alluring comes via the great Cinemascope photography (courtesy Milton Krasner & Jorge Stall,Jr.) in deliriously scenic Mexican locations and through the evocative score from the genius Bernard Herrmann, who blends foreboding mystery and grandeur to wrap around the action and glue the oddball script together.

Was Susan Hayward ever less than ‘determined’?  As one of the first casting choices in the 50s for a gal who could convincingly handle action as well as bust-thrust posing, just give her a gun or something sharp and a horse, and roll film: The Snows Of Kilimanjaro, Demetrious And The Gladiators, White Witch Doctor, Untamed, The Conqueror.  Five years down the line from this saga she’d switch to modern dramas with more elegant costumes and less fun—except camp, as she was, apart from being a feisty looker, one of the champine ’emoters’ of the era (paging Eleanor Parker).

Cooper might as well have taken up Mexican citizenship, sandwiching this location job between Blowing Wild and Vera Cruz.  Widmark was having a good year, with another fine western (Broken Lance) and another goofy adventure (Hell And High Water).  He gets the windiest dialogue in a script packed with it (Marlowe’s speeches reach for the purple haze as well), and ‘ol Coop drops his share of ponderous pondering. Gary and Cameron have a fistfight which is amusingly absurd, as whiny cur Mitchell is knocked into a campfire not once but three times. Logical behaviors are out to lunch under Henry Hathaway’s lickedy split direction, but stunning vistas and the stirring musical backup generally rescue the actors from the silly screenplay. 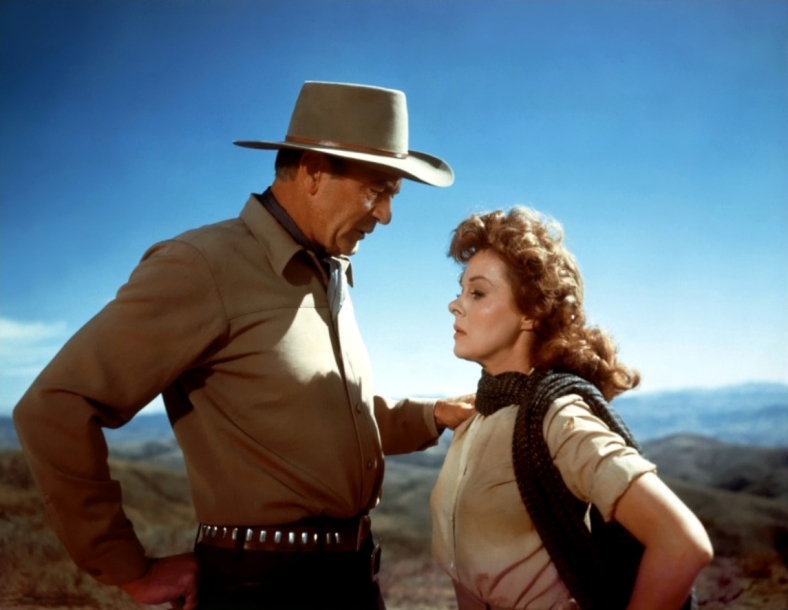 Someone forgot to remind Hathaway & Co. that Apaches in the mountains of Old Mexico did not affect the hairstyles of Mohawks from back East (this dumbo to-heck-with-accuracy slap also showed up egregiously in Around The World In 80 Days). They also present themselves rather too conveniently as targets. 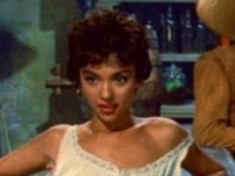 100 minutes, costing $2,070,000, plentifully displaying the charms (aside from Susan & Rita) of Tepotzotlan, Guanajuato, the Paricutin volcano in Michoacan and jungles outside Acapulco.