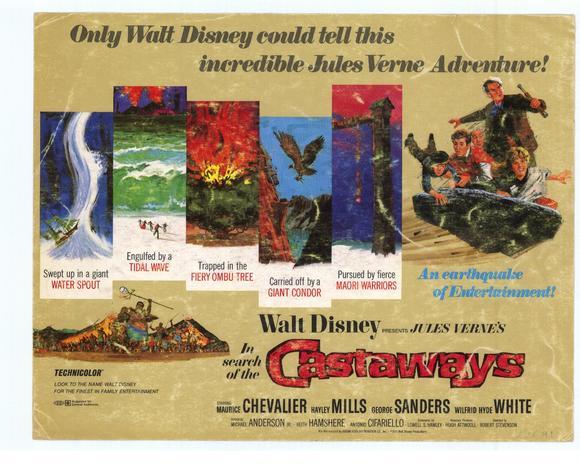 IN SEARCH OF THE CASTAWAYS  was a deliriously fun trip for kids in 1962, and ought remain so for young viewers today if they haven’t been uber-spoiled by new-fangled CGI, blurry editing and casual mayhem. The now-grown parents (heck, grandparents) can enjoy this as nostalgic fun. 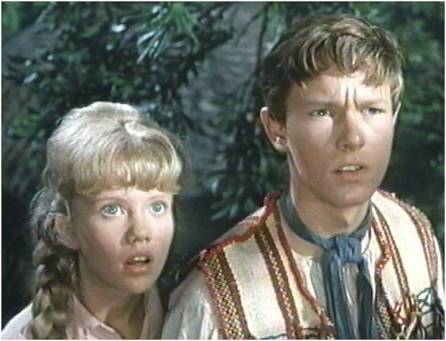 The #3 hit of the year, raking in $21,345,000 (that’s $273,000,000 today),  has Disney go-to director Robert Stevenson spin 98 minutes of breathless Jules Verne adventure across wide areas of South America and New Zealand and throws enough calamity at favorite crush Hayley Mills (third homer in a row for Walt) to fill five features. The roller-coaster sequencing was ahead of its time; watching it now reminds you how fresh this was back in the JFK era, and how done-to-numbness it is in current totalisharian fare. 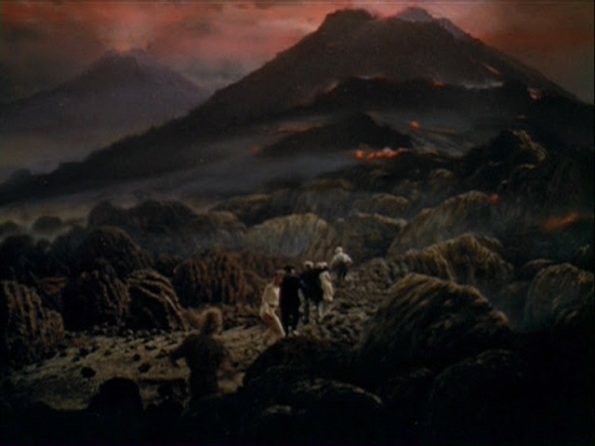 Sixteen now, and old enough to warrant budding romance (Michael Anderson Jr. taking cuts in line from millions of besotted boys) the plucky lassie is trying to find her shipwrecked Dad, with the joking, singing help of old duffers Maurice Chevalier and Wilfrid Hyde-White and the nefarious interference of uncharmed George Sanders, a vile gun runner.  Slamming the arms trade is another reason to honor old Jules Verne, as both 20,000 Leagues Under The Sea and Mysterious Island pointed early fingers at the malefactors of military mischief. 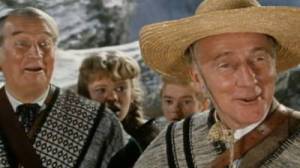 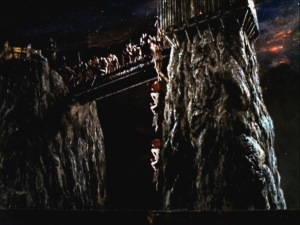 Deeper philosophical concerns don’t amount to beans here, not when our hardy crew has to handle an earthquake and flood, a big fire, a volcano, an avalanche resulting in a boulder-bobsled, mutinous seamen, a waterspout, cannibalistic natives, reptiles and a hungry jaguar. Oh, and dive-bombing from giant Andean condors!  Plausible enough for me. 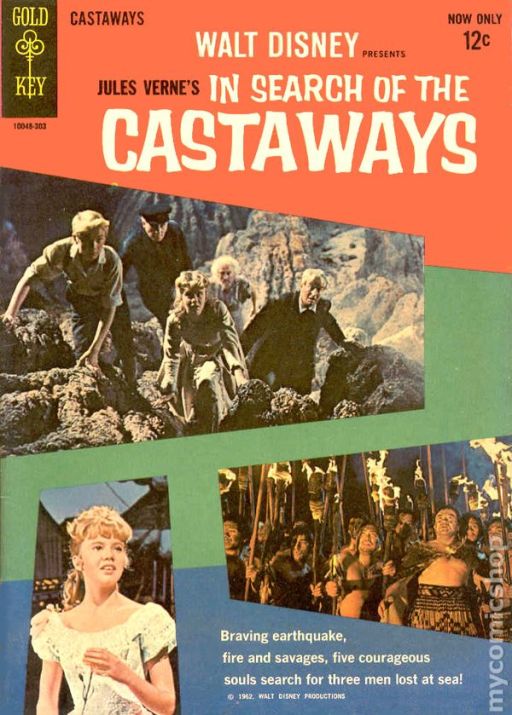