EASTER PARADE  shines on as delightful old-style MGM family entertainment, marking the only time Judy Garland and Fred Astaire worked together (they’d never even met prior to the shoot).  One of the biggest hits of 1948 (around $6,800,000 tapped in), a needed feather in both stars caps (Fred semi-retired, Judy in an emotional funk), a testament to the trooper-qualities of hoofer extraordinaire Ann Miller and an all-round swell slice of Technicolor Americana pie.

Plot?  Doesn’t matter much—nightclub dance partners become real-life loves after various complications from secondary players.  Will it end in tragedy?  Nah, the angst was resolved before the cameras rolled. Gene Kelly broke his ankle, so Fred got the part.  Garland’s relationship with husband Vincente Minnelli, who’d directed her previous film (The Pirate, with Kelly), was so perilous her shrink warned her off letting him near this one.  It was helmed by Charles Walters, in his career-best work as director.  Miller, 25, is amazing to watch as she tornadoes through “Shakin’ The Blues Away”, more so when you realize she did it in a back brace, a result of her drunken husband throwing her down a flight of stairs. 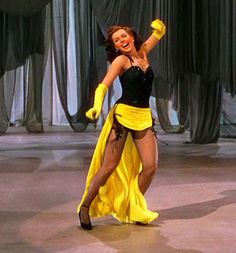 You wouldn’t guess of any backstage trauma from what’s sweet-natured, lyrical and lively during the 107 minutes this parade glides by, its $2,655,000 budget giving everything the plush brush, and wrapping up with a magical last shot re-imagining Old New York with such wistful grandeur that you’ll choke up over the loss of innocence.

Fourteen numbers, including “Steppin Out With My Baby” and that grand title tune, all courtesy of Irving Berlin. It won the Oscar for Score. With Peter Lawford, Jules Munshin and Clinton Sundberg. Get ready to hum. 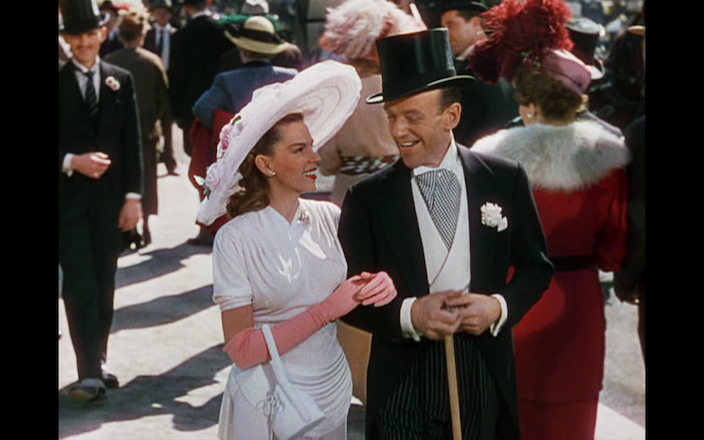