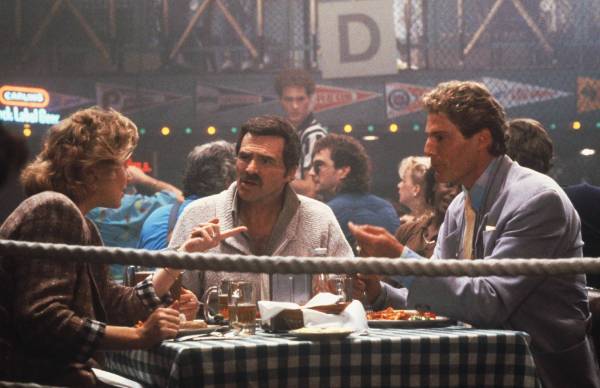 SWITCHING CHANNELS  was a better experience for me than it apparently was for its stars. I was pleasantly surprised by this 4th go-round of The Front Page/His Girl Friday, coming in 1987. The reporters work for a Chicago TV news station this time, instead of a newspaper, so there are plenty of fashionable, then-contemporary digs at the glossy ‘investigative journalism’ that is slickly blow-dried at us every night at six and eleven. Jeez, and it’s gotten worse….

Some funny sight gags in the 105 minutes, directed by Ted Kotcheff, and I thought the chemistry between Kathleen Turner and Burt Reynolds worked, which is odd, as they reportedly fought like tigers during production. I also felt Christopher Reeve did sharp self-parody, but he also hated the film and thought he “looked like a fool”. Go figure. There’s a jewel of a job from Henry Gibson (an actor I normally don’t enjoy) as the story’s pathetic fall guy. The movie was a flop, earning back less than half of its $19,000,000 budget. With Ned Beatty, George Newbern, Al Waxman.  If you must jump, watch out for that chandelier….