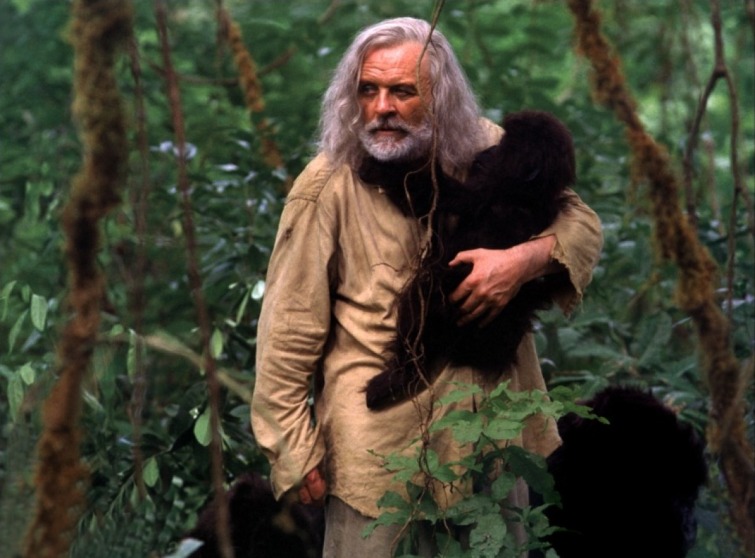 Instinct is a waffle blend of the affecting and manipulative, sad and syrupy, sage and silly. It was slaughtered by reviewers upon release in 1999, and was a loser at the box-office, recouping only 40% of its $80,000,000 outlay. It’s watchable and enjoyable if you allow for logic holes big enough to toss an ape through, and a cheese-whiz finale, but the over-nasty responses it generated almost seem designed not merely to dissect the movie but to make you feel guilty for possessing any emotions.

The movie at least tries to say a few things about how men have twisted the natural order, and themselves in the process. An ambitious psychologist takes a prison assignment to unlock the case of an anthropologist, convicted of murders linked to his life working with (and living among) gorillas in Africa.
So… there’s Nature, animal behavior, prison types (mean guards and sympathetic cons), family issues and Ennobled Teaching About Life rolled into 126 minutes, directed by Jon Turteltuab, written by Gerald Di Pego, starring Anthony Hopkins and Cuba Gooding Jr. 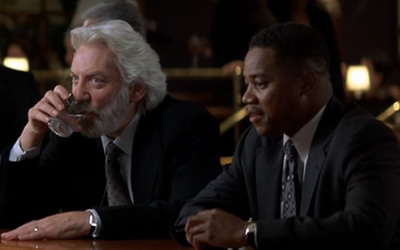 Which career will survive?

Taken (suggested/skimmed/seized) from “Ishmael” by Daniel Quinn, a book that had a strong an impact on some, and left others slowly shaking their heads.  Trying to figure out why we act the way we do is a lot to bite off, let alone attaching something like a manifesto to a selected creed (or screed, if you’re not sold) as Universal Truth.  But hey, what’s wrong with batting ideas around, especially considering where we’ve ended up?

Danny Elfman’s music overplays some, and the movies Big Moments rather clang the Obvious bell.  Hopkins is commanding as always: he could read the ingredients on a candy bar wrapper and make them sound historic.  Gooding is an odd blend of effective and annoying: he drew a good deal of flak, and his promising career started a downhill trundle, both in role choices and public/critical perception. Watching him is frustrating—I always find myself wanting to like the guy: he does make some interesting choices—and at the same time you get a lot of “see me acting now” wheels being spun. 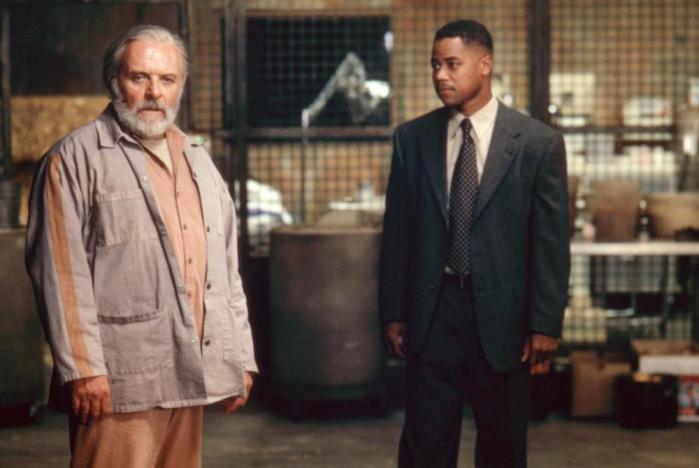