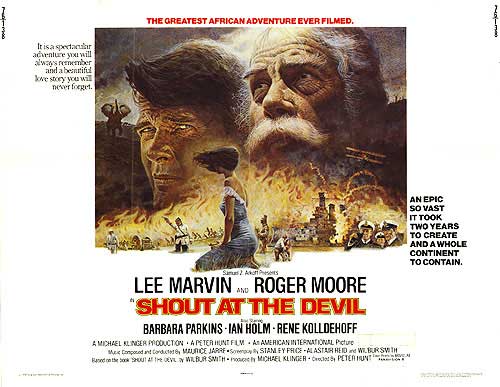 SHOUT AT THE DEVIL, at around the 110 minute mark, features several lovely zooming aerial views of canyons, hills and rivers around Kruger Park in South Africa.  As it is, these are badly inter-cut with some clunky, obvious rear-projection shots of Roger Moore in the rocking studio-bound airplane his character is using to scout out the bad guys with.  The whole movie swings back and forth tone-wise for its entire 150 minutes, first broadly played lighthearted adventure, next bloody and vicious drama. 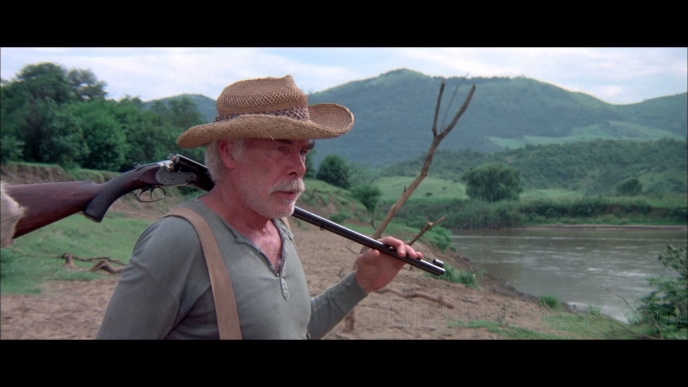 For all its action—fistfights, skirmishes, crocodile attacks, boat ramming, elephant hunting (yeah, that’s as much fun as it sounds), and exploding battleships– it feels fatigued, more like rehearsal for the real deal you’d hope for from $9,000,000 1976 dollars worth of location shot derring-do.

Front and center is star Lee Marvin, regurgitating his Paint Your Wagon goofiness, complete with being plastered from one end of the movie (reel and real) to the other.  Here the eye-rolling, gin-swilling, scenery-consuming gets old fast. I like my Lee as much as the next guy, but he really runs it into the ground this time. 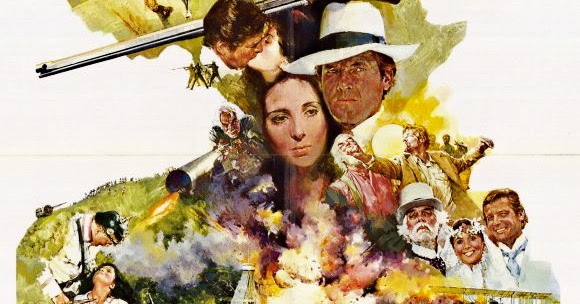 The packed plot comes from a fun novel by Wilbur Smith, pretty much the acknowledged African Adventure King: he co-wrote the script as well.  A roguish poacher (back when poaching was roguish instead of plain grotesque slaughter) and his constantly startled partner come afoul of ruthless German colonial and military affairs in untamed 1914 Africa.  A bit of history gets transfused into the proceedings; the poachers elegant, feisty daughter (Barbara Parkins failing to ignite again, no fault of hers) gets added to the mix; natives are shot, hung and impaled galore; elephants are mowed down (herd culling was filmed), pyrotechnics erupt.  Moore gives it his all, though at 47 his naiveté is off-kilter from the books 22-year-old character. 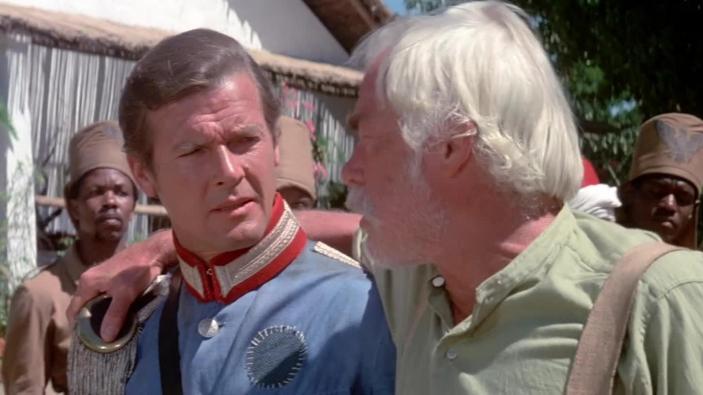 Maurice Jarre scores, but it’s a limping effort with no surging theme or excitement.  The production manages that common 70s look: both expensive and cheap at the same time.  Plenty of costumed extras, some pretty good effects, lots of costly props, attempts at flavor.  Then—thump, the telephoto lenses and camera setups remind you it’s all a pose waiting for a cue.  The real tsetse fly in the ointment is the sloppy, uninspired direction from Peter Hunt. That’s odd, as he was responsible for the smashing editing of the first three Bond movies, as well as directing On Her Majesty’s Secret Service.  After superbly cutting Connery and Shaw battling to the death in From Russia With Love, and pacing Goldfinger to 24 carat perfection, it seems like 100-proofed Marvin left him more shaken than stirred. 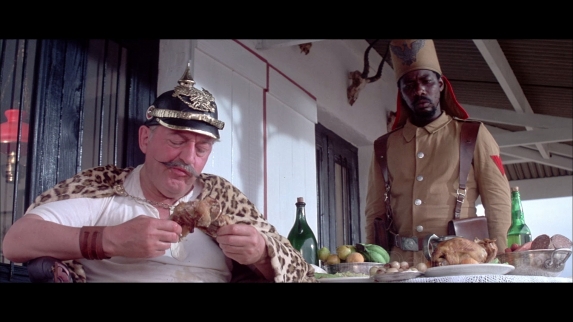 Reinhard Koldehoff plays the gross, brutish baddest bad guy, sporting a spiked helmet, literally spitting chicken: what Transkei scenery left uneaten by Lee is torn to hyena pieces by this fellow.  Ian Holm gets thankless comic sidekick duty.  Since the Marvin character is so buffoonish, we can’t accept the pretend moments of romance and danger when they shoulder their way in.  Simon Sabela, historically notable as the first black South African film director, vivid onscreen as the mighty Cetshwayo in Zulu Dawn, here is demoted to lowly ‘servile village chief’ clowning.  He’d previously had a decent role in Gold, another Wilbur Smith story filmed by Hunt in South Africa and starring Moore.  That piece was no gallery-shaker, but it’s better painted than this bigger, more garish canvas. 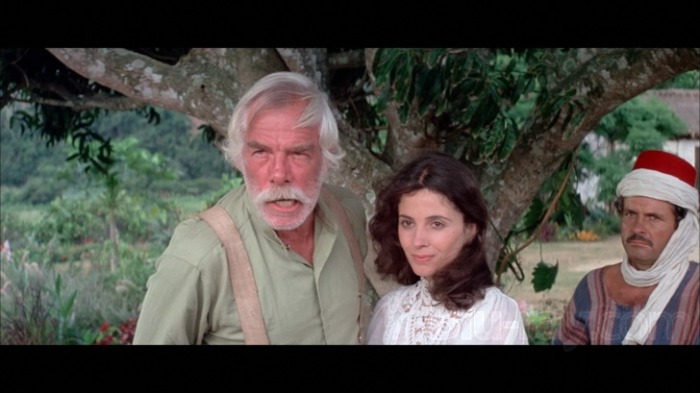 This saga also garnered press flak for its being made in South Africa (some was shot in Malta) while apartheid sanctions were underway.  With the elephant shooting, the uneven tone—Donovan’s Reef Meets The Wild Bunch—,the under girding racial-social discomfort (Moore dons blackface for a key sequence–based on fact, but it sells poorly), I’m surprised the film has garnered a lot of positive feedback now that’s its been rescued from obscurity by Blu Ray & DVD.

I’d normally be a shoo-in for this: I love gun-blazing historical adventure, wild Africa, larger-than-life Wilbur Smith stories, and Lee Marvin, drunk or sober.  I hate dishrag political correctness.  Alas, I can’t summon a raised fist shout for this.  More of a shoulder-hiked squeak. With Karl Michael Vogler and George Coulouris. 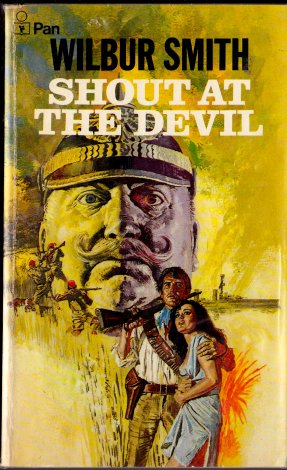