Prince of Persia: The Sands of Time….(tired sigh)…so there was a video game, set in ancient Persia and Disney/Bruckheimer thought it would be worth spending—hold on to your zeros—$200,000,000— turning it into a feature film (the class on Resource Allocation has been postponed indefinitely).  Do kids—American kids anyway—of today even know what “a Persia’ was/is? (oh, of course: they learned it from 300.  Maybe that’s below the belt, considering I learned it from The 300 Spartans…)

Do you think I might be the bad guy?

No reason not to make movies for kids, though and I guess many under—ten?—might enjoy this overlong, over-complicated, over action-packed, way-over-CGI’d adventure that has a young prince (go figure) involved in plots against his family, ‘the empire’ (Persia had a big one,) and–gadzooks–the very World itself!   A foxy princess helps.  Rival brothers intervene.  A conniving uncle wants a special dagger that has the power to reverse time.  Implications get dread faster than you can say Assyria (my extensive research finds there was a province–or ‘satrapy’ if you want to parse Parsi– called Chorasmia, where presumably people coughed a lot). 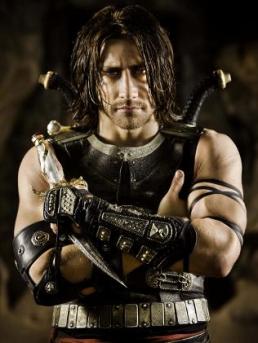 You will not believe how I can both leap and bound.

Assassins are dispatched, comic relief is found, cities are laid siege.  All hell breaks loose with more giant-crumbling-stone-dodging than in all the similar movies ever made lined up end to end.  Exhaustion sets in early, tinged with newfound sympathy for Alexander the Great .

Muscled-up Jake Gyllenhaal does more physically-impossible-40-foot sideways-leaping-while-fighting movements than there are rocks in the casbah.  Granted, it is visually colorful and unleashes a sultan’s treasure of special effects, but this magic digital horde can not stifle The Yawn That Shall Echo Even Unto The Windswept Kush Itself.  With Gemma Arterton, Ben Kingsley (demoted, angry and moving due West from India), and Alfred Molina.

It made over $350,000,000 worldwide, so escapism for kids lives on..and that’s okay: they’ll grow up soon enough, and hopefully none of them will have to learn the hard way where Persia is. 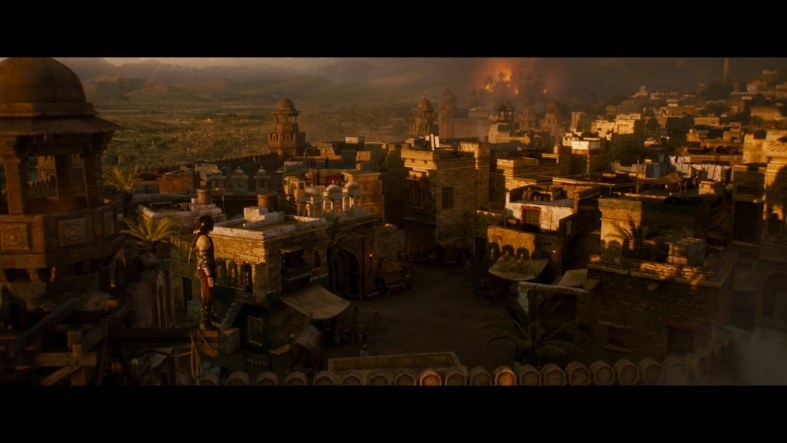