I Heart Huckabees  …well, you won’t get much sympathy from me, because after fifteen minutes I felt like locating those who concocted this ‘story’, building a time machine and sending them back to Genghis Khan, unarmed.  Only the always Flawless vision known as Naomi Watts emerges with any dignity here in a laugh starved “comedy” about two existentialist detectives who help people solve their ‘issues’.  Clap hand to forehead: that’s what’s been missing from movies—the spirited cheer-fest that is existential philosophy!

I put this picture of Naomi Watts at the premiere, because I couldn’t stand to put in any pictures from this awful movie itself.

Depressing one further is that the writer/director is the otherwise fairly brilliant David O. Russell  ( American Hustle, Three Kings, Silver Linings Playbook, The Fighter ).  Okay, no roast ala Genghis banishment, maybe more ‘focused’ punishment could be a long weekend with Kafka, Nietzsche and Kierkegaard, founding papas of “Why Do I Feel Like Crap?”
Chloroforming 106 minutes, the $20,000,000 movie clawed back that amount: was that a clunk noise?
The strained effort got a certain amount of buzz from videos of co-star Lily Tomlin having a tantrum with the director.  Along for the anguish: Dustin Hoffmann, Mark Wahlberg, Jason Schwartzmann ( a taste I confess having great difficulty in acquiring), Isabelle Huppert, Jude Law, Jonah Hill, Isla Fisher, Richard Jenkins, Tippi Hedren, Talia Shire, and…Shania Twain (huh?)   Roger Eberts review is a keeper. 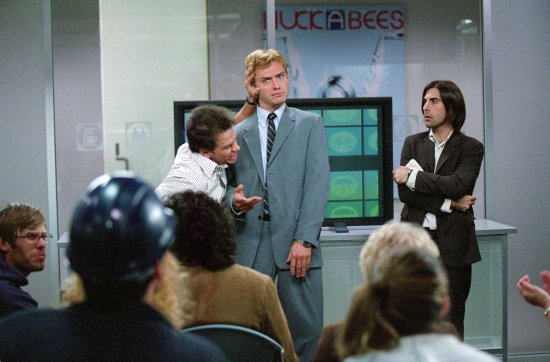