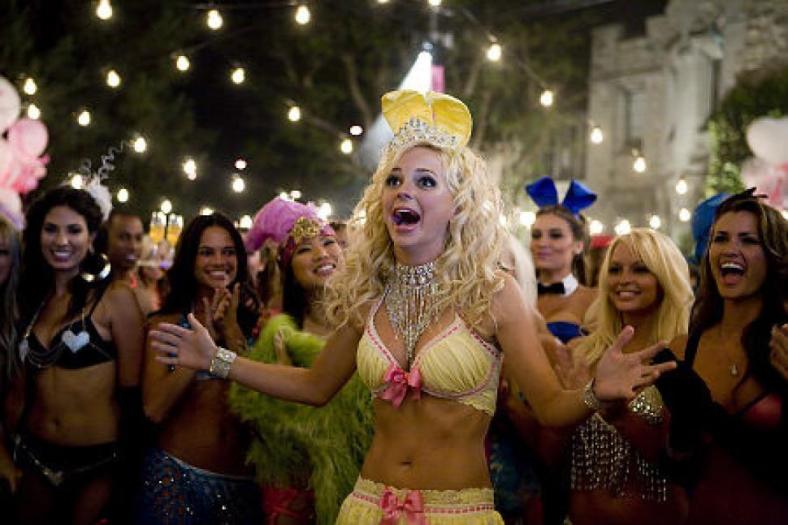 THE HOUSE BUNNY stars Anna Faris, without a lot of clothes on, for most of the movie.  That Fact Alone would be enough to get any normal heterosexual guy to not just watch this movie, but add it to his collection.  Oh, and Emma Stone is in it, so let’s double-down.  It also happens to be a lot of goofy fun, silly with a nice heart even while being predictable from one end to the other.  Yes, it strains a bit toward the end of its stay, like most concept comedies, but with Faris & Stone on view all is forgiven.

Without warning, cruelly cast out of the Playboy Mansion, clue-free bunny Faris discovers a sorority that needs a ‘house-mom’ to shape it, keep its charter and beat out the mean-girls sorority across the street.  Also to meet guys.  The girls from this loser sorority are, of course, all pathetic nerds….until.   Faris is so cute, so honestly sexy (call me a pig right now as I gasp “what a bod!”) and so damn funny with her killer line readings and dumb-to-perfection expressions that she blows away 90% of the bigger-name, more recognized competition without breaking a nail.  She is a Great comedienne.  Stone, on the way up (two more years before Easy A) is all that, just in red.  Fun support from the always likable Colin Hanks and a sassy Kat Dennings, with Beverly D’Angelo thrown in to seal the deal.

Faris was praised but the movie was lukewarm received by The Critical Community, who must have felt plagued by having to lighten up.  It was a big hit at the boxoffice.  It’s been my experience that women get a kick out of Faris/Stone as well as men.  It’s hard to see why any persuasion would not be tickled in one way or another by these razor-smart gals.   That said, be warned–you do have to deal with a few minutes of Hugh Hefner, but don’t let that unctuous creep put you off Anna, Emma & Kat. 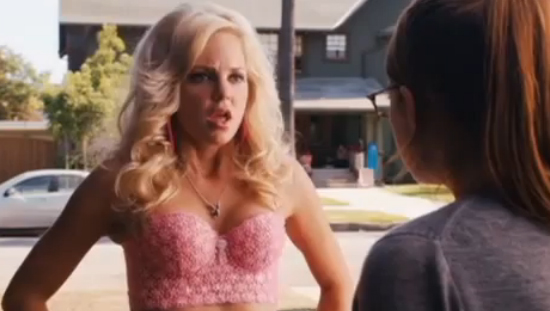 Those squall-gray snurls too Serious to get with the joke feel free to stomp back to the aisle where they shelve the radical feminist screeds. Enjoy the company.  Ah, Sexual Politics, where it’s always proven safest to debate yourself. Ergo, another thing I can plug this movie for—how was I to know going into it that ogling Faris in a halter and short-shorts would—for three bucks and 97 minutes—save me twenty grand and a decade in therapy?  It’s…like I can see again… 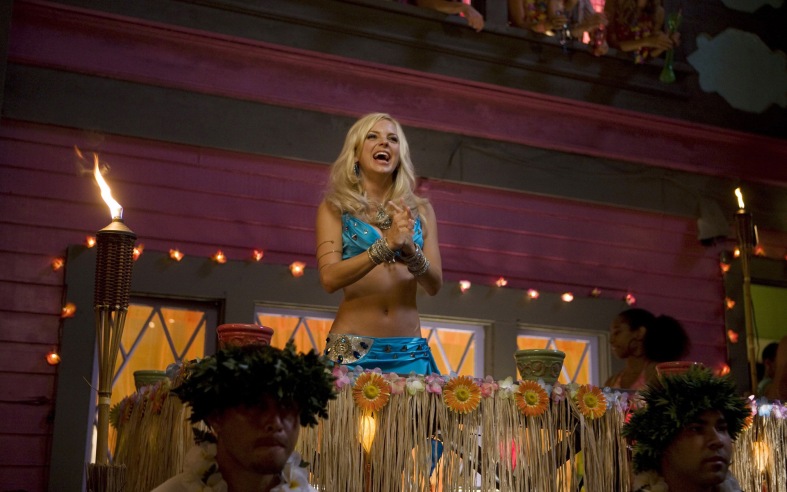