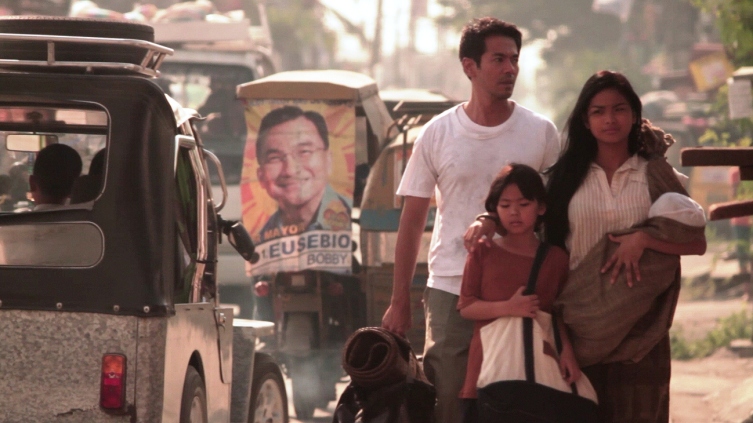 METRO MANILA  brilliantly tells the harrowing, heartbreaking story of a poor couple who leave the abject poverty of their mountain province and head, kids in tow, to the forbidding, enticing sprawl of gigantic Manila. Friendless, destitute and hungry in an alien swirl of 19,000,000 people—what would you do? It gets down to Survival pretty quickly.

Directed and co-written by Sean Ellis, who also handled the cinematography. Give him four stars for each job. Not a Filipino, and just barely acquainted with the country, the Brit auteur does as remarkable a job of nailing wrenching desperation as anyone not born into it possibly could. Perfectly cast, flawlessly acted, it uses a crime-story as fulcrum for a riveting, unflinching take on the fate of the downtrodden, who happen to be from the Philippines in this story, but might just as easily come from South Africa, China or Brazil.

The title could be somewhat misleading if you this will be a sweeping view of the megalopolis itself, as Manila, while seemingly chaotic, often perilous, always thunderously loud and packed to the gills, is also awash in disarming friendliness, opportunity, excitement and charm. It’s like many big concentrations of people, especially those that have a number of underlying cultural imperatives flavored from a historical blender. This entry leaves the nicer neighborhoods, the tourist haunts, the malls and high rises– -and digs into the unforgiving hand-to-mouth maelstrom around them.

The 2013 film is so well edited in its 115 minutes that there is no need for extra bashing home of points using excessive violence for convenient thrills, or sensationalized sexing up the tawdry side. Instead, Ellis and his players leave sentimental gimmicks aside in favor of genuine pathos, and narrative mayhem is jettisoned for tension so believable you feel like you’re in the same room with the characters.

Highest praise for actors Jake Macapagal, John Arcilla, Althea Vega ,Mailes Kanapi and Ana Abad-Santos.  Having spent a lot of time in The Philippines I have had occasion to watch plenty of the popular TV shows and normal movie fare (usually on long bus rides).  Not speaking the language, I’d be left with just following the visuals and storyline, intuiting the performances (and on the buses, plugging my ears).

Ninety percent of the output I’ve encountered has been just terrible—mindless gunplay ,blunt slapstick, ear-shredding variety frenzies, horror stories pitched at levels infants could trump and telenova style dramas whose salient feature is that at some point in every episode the mother/sister/wife or girlfriend slaps one of the other (these Dynasty-sagas hold the entire nation captivated—I told my girlfriend all China has to do is attack the country at 8pm and they could take it completely by surprise). 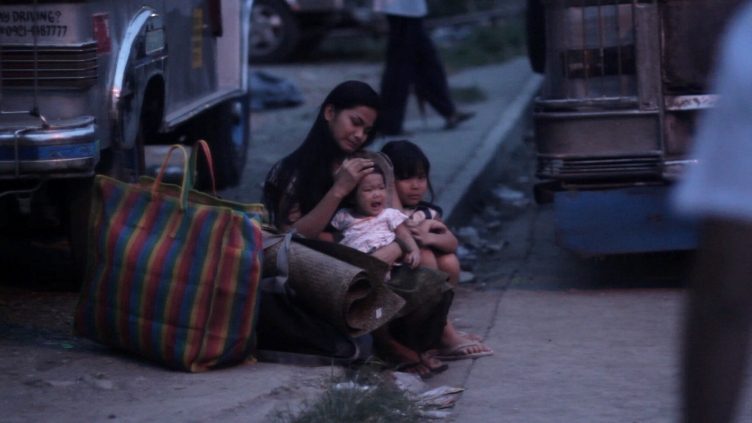 What always strikes me beside and beyond the low quality of the material is the obverse high quality of the performers, a cornucopia of talented vocal inflection and facial expression— in the service of goop.  The easy conclusion foreigners arrive at is “what a lot of crap”–and they’re right—but a movie like this shows, I think, why that’s the case. It’s not that the talent isn’t available: like the endless supply of beauties it delivers to pageants, the country is flush with talent. Rather, it’s the top-down crush of their Third World economy and let-them-eat-cake domination by a totally corrupt ruling class that keeps their cinematic output geared to low common denominators.

Given resources, a country like The Philippines could produce a wealth of gems like this, from homegrown directors, not imports from abroad (with no slight meant whatsoever to the gifted Mr.Ellis).   Take the United States.  Granted, we have a century of movie-making behind us, yet along with our extravagantly rich feature films we also crank out enough vile slop to choke a whale—our repetitive police shows, the idiotic comedies, the godawful reality barf.  But–we have the tremendous resources, and enough of a broad base that allows more of the good stuff to get funded and put out than a country like The Philippines (Ghana, Romania, etc).

In an unintended way then, this exemplary nail-biter shows up yet another downside to the 1% choking off chance. With a bit more equality of opportunity, there would be marvelous dramatic offerings coming regularly from film-makers based in Manila that would at least give their comic-book junk some competition with fine films like this one.  They might even play some on those multi-hour bus rides (albeit too damn loud!).