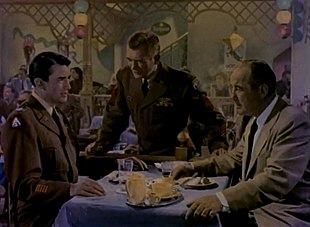 NIGHT PEOPLE added an intelligent take on Cold War tensions in this tense, fast-moving 1954 thriller, relying on smart plotting and sharp dialogue rather than hysteria and gunfire. Veteran  screenwriter Nunnally Johnson wrote, produced and made his bow as director, shooting on location in West Germany. *

When an American soldier is kidnapped in West Berlin, his industrialist father ‘Charles Leatherby’ (Broderick Crawford) barges onto the scene, headstrong to secure his son’s release by bullying and/or bribing the culprits. Since it seems the abduction was orchestrated by the Soviets, the American sector’s provost officer, ‘Col. Steve van Dyke’ (Gregory Peck), knows Leatherby’s bull in a china shop tactics are more explosive than helpful.  He juggles sources and clues while trying to stem the espionage-as-usual incident from escalating above the cruel tit-for-tat level into a full-blown international FUBAR. 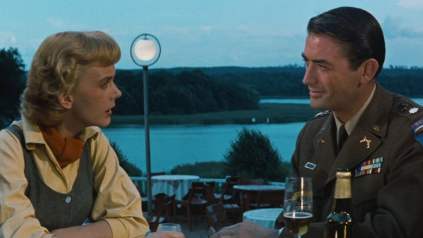 Peck relished Johnson’s script for a chance to play “tough and crisp and full of wisecracks, and more aggressive than other roles”, and delivers well, especially in an extended showdown scene with Crawford, who starts with his patented hectoring manner, then dials back as his character wises up to the complex reality of the situation. Buddy Ebsen offers some light humor support (not overdone), the provocative Rita Gam does well as Peck’s secretary (projecting smarts as well as sex appeal, Gam should have been a bigger star) and compelling Swedish actress Anita Björk makes her only English-language film as one of Peck’s shadowy ‘assets’. Johnson’s direction is okay (he’d do better, with Peck, on The Man In The Gray Flannel Suit ) but the writing throughout is quite good, and all the supporting players characters are given some dimension. The topicality includes a clever toss-off-line about Crawford’s bigwig and his connections—“plays golf“—a tip to President Eisenhower’s well-publicized mode of relaxation. 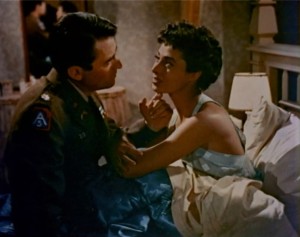 * Several 1954 pictures were set in the just-ceased Korean War (The Bridges At Toko-Ri, Men Of The Fighting Lady, Prisoner Of War, The Bamboo Prison) with the non-combat Cold War assigned to this movie and the colorful escapism Hell And High Water. Given the tenor of the time, Night People earns points for being relatively measured and responsible. 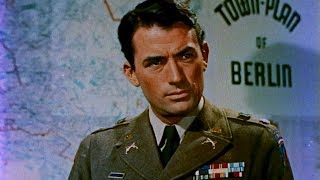