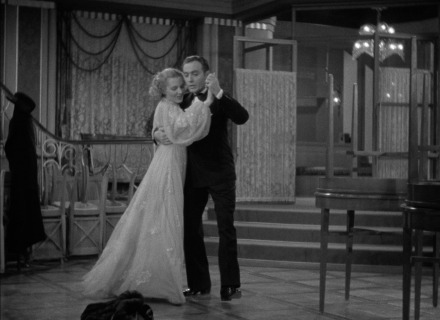 HISTORY IS MADE AT NIGHT, from that gallant title declaration on, swirls up delirium, the healthy, rejuvenating kind, composed in equal measures of star-crossed romance and gently giddy mirth, tested by threats of irrational jealousy, social status and man v. nature calamity. All in 95 minutes, a 1937 paean to passion directed by Frank Borzage. 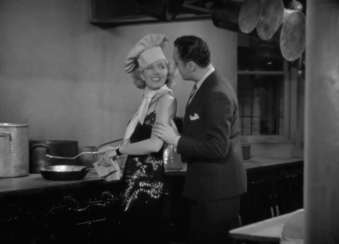 Rich shipping magnate ‘Bruce Vail’ (Clive Clive), insanely jealous, plots to stymy the divorce his wife ‘Irene’ (Jean Arthur) seeks by setting her up to be caught with another man (that he’s hired), jinxing finalization of the split. Fate intervenes when a stranger interrupts the scheme and, pretending to be a jewel thief, ‘kidnaps’ Irene. Actually, rescuer ‘Paul Dumond’ (Charles Boyer) is a headwaiter (a renowned one, handily) and before you can say “Let’s have a romantic dinner and tango ’til dawn” the two fall for each other. Turnabouts occur and the powerful and ruthless Bruce will stop at nothing to keep Irene enslaved.

That nick of a synopsis merely grazes the topsy-turning plot: revealing more cheats the experience. Suffice that the seeming odd couple of Boyer and Arthur make a great match, he allowed to be light for a change, she dialing back her expected “cutes” to show some fire beneath the glow. Their various clutches—whether charmingly comic or full-on serious—are basked in the gossamer cinematography provided by David Abel and Gregg Toland. Leo Carrillo gets his share of joking around as master chef and syntax mangler ‘Cesare’, Paul’s loyal pal, while Clive goes coldly maniacal as the kind of control freak who would order an ocean liner to go full speed through North Atlantic fog. 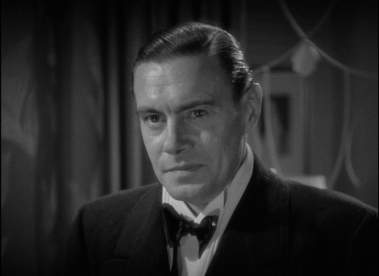 The screenplay—mostly made up as the movie was being shot—relies on contrivance and asks you to accept its bounces between the melodramatic and the flippant; thanks to the sensitivity of Borzage and the charismatic stars ease in segueing between tones, you’d have to be a smug buzzkiller not to be carried along.

Boyer at 37, Arthur a year younger, were each on surging career trajectories. He scored that year with Conquest and Tovarich; she was coming off five pictures in ’36, including Mr. Deeds Goes To Town and The Plainsman.

Done by producer Walter Wanger for $821,791, it wasn’t a huge hit at the time, ranking 68th for the year;Cogerson gives it a gross of $3,100,000. Yet its reputation grew over the years and today it’s celebrated as a shining example of how disparate elements can, with some kismet and talent, be measured, mixed and garnished by experts into a surprising and satisfying feast. The writers: Gene Towne (You Only Live Once) and Graham Baker (Joy Of Living), with additional dialogue contributed by Vincent Lawrence (Gentleman Jim), David Hertz (Daisy Kenyon) and Borzage. Did Carillo come up with some of his own dialogue? In supporting roles are Ivan Lebedeff, George Meeker, Byron Foulger, Tim Holt, Dennis O’Keefe and Louis Mercier. Scored by Alfred Newman. 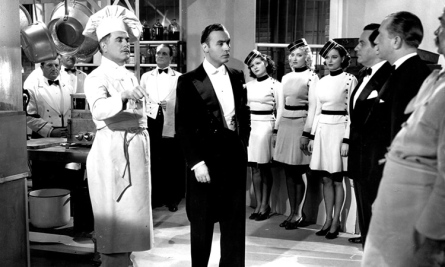 “You’re right, Bruce. This time you’re right. This time there IS another man. You set a trap to catch me with one… and another came instead, to tell me that he loves me, and for me to tell him I love him too. And YOU did it! You did it all by yourself! Isn’t that funny? Don’t you think that’s funny? Before he came, I never even looked at another man. But you wouldn’t believe me! So you created one, and you sent him right into my arms…”    Ow…