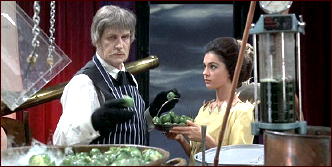 THE ABOMINABLE DR. PHIBES—“A brass unicorn has been catapulted across a London street and impaled an eminent surgeon. Words fail me, gentlemen.”

Thought dead, eminent surgeon (and flamboyant organist) ‘Anton Phibes’ still exists, but he lives to kill, one-by-one dispatching a team of fellow physicians he blames for murdering his wife by botching an operation. Scotland Yard is flummoxed as the not-good doctor, aided by a lovely and silent assistant, methodically amputates his grief through vengeance ploys culled from the Plagues of Egypt in the Old Testament. 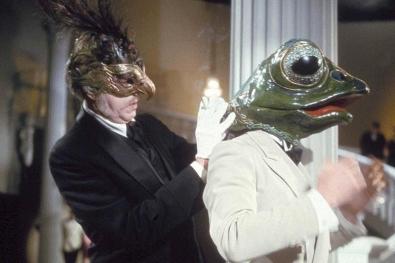 A dark vein of nastiness pulsed through British films in 1971, witness the lack of mercy in A Clockwork Orange, The Devils, Get Carter and Macbeth. Mild-mannered Yank visitor Dustin Hoffman didn’t get a backslapping reception from the locals in Straw Dogs. But while the crimes in this case of willful malpractice are diabolical, they’re also wickedly delightful in the hands of Vincent Price, who gives one of his great camp performances as the demented and disfigured Phibes. Written by William Goldstein and James Whitton with tongues tucked in cheek, the  wacked fantasy is directed in devilishly playful style by Robert Fuest. 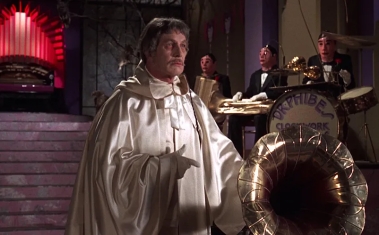 A former art designer, the director no doubt had a good deal of influence on the bizarre look of the sets Brian Eatwell created for Phibes loony residence; set in the early 1920’s, the low-budget production manages reasonable period flavor. Fuest also rewrote much of the script to play up the humor. 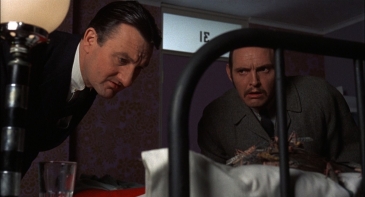 Price has superb makeup—tip of the mask to Trevor Cole-Rees—and North’s wild costuming is a hoot, applause to wardrobe supervisor Elsa Fennell. Price plays the bizarre revenger to the artful hilt, adding several uh, priceless deadpan looks for throwaway bits. Great comic assist comes from Peter Jeffrey as lead inspector ‘Trout’, Terry-Thomas as one of the victims, and Virginia North, sexing it up (with a wink) as ‘Vulnavia’, Phibes beautiful, muted muse. Joseph Cotten and Hugh Griffith play it straight, helping balance the insanity enough that the basic plot has some hold beyond the chuckle factor. Basil Kirchin’s score is another plus: why is it so many mad scientist/doctor types are dedicated organists? 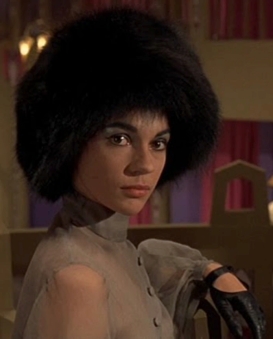 With Derek Godfrey, Susan Travers (one sound sleeper—watch out for that Brussel sprout/locust drip!) and John Cater. 94 minutes. Placing 62nd in the U.S., a gross of $4,500,000 ensured that Price, Guest and several cast members followed up a year later with Dr. Phibes Rises Again.