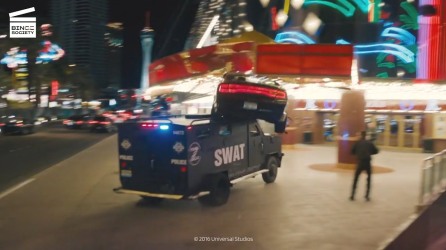 JASON BOURNE brings Matt Damon back to the role fame fixed him with, 14 years after the first of the Bourne quintet riled up audiences in 2002. By the 2016 release of this concluding installment, Damon at 45 was no spring chicken, but judging by the dude’s fitness level he wasn’t exactly chopped liver: his vigorous participation in the expected brutal action scenes shows what drive and dedication can accomplish. Okay, with help from personal trainers, a private chef and a salary/profit points payday that could fund the C.I.A.’s black sites for a year. But we have so soon digressed. The series had, too (in hard-core Bourner eyes, at least) with Jeremy Renner’s  one-off sideliner of The Bourne Legacy, so Damon reunited with director Paul Greengrass & crew, lighting location fuses in Italy, Spain, Germany, Greece, England and the US. Attention, unwary civilians, get out of the way!

In Greengrass’ third time at the Bourne bat, he mercifully dials back some on his penchant for shaking the camera like a dad with a nabbed pervert, making the carnage blitzes easier to track, edited by Christopher Rouse, who co-wrote the script with the director. Their mediocre writing is the weak link (“You don’t know who you’re dealing with”, “It all ends here”, etc., yawn) and Bourne’s indestructability is pushed over the brink, untethering from the “reality” we’re meant to accept.

But who watches these for geopolitical insight? We’ve known the spy game is a vile sham since at least the Bay of Pigs, no matter how many corrupt regimes tell us it’s protecting our “freedom”. That freedom (yeah, vote–or try to) mostly exists in democracy’s death rattle, shaken by movies like this, which we watch for destruction derby highlights to take our minds off the demolition of civil liberties. Exhilarating pastings it certainly delivers: smashing set-pieces include a superbly staged full-scale riot in Athens and the insane climactic car chase marathon through Las Vegas, racking up more totaled vehicles (and incidental collateral humans) than your average war. 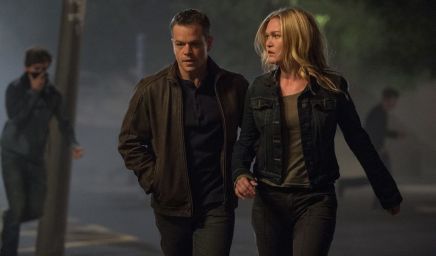 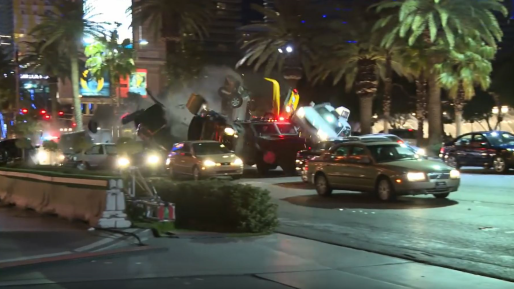