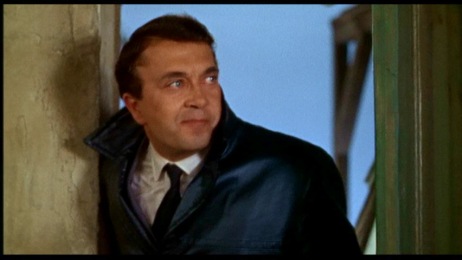 TORN CURTAIN was ripped to shreds by fabric-averse critics back in 1966 for Alfred Hitchcock making the cardinal sin of not delivering a 100% product. Neither the esteemed director or his two glamorous stars were satisfied, during the shoot or with the finished package, yet while it’s a lesser effort from the suspense master, marred by plot holes and Universal’s chintzy production values, it still has elements that work to good effect. While the opinions of the director and actors can’t be dismissed, the hysterical critical brickbats were absurd, so vitriolic it seemed a decision had been made to kill a career for the blood-sport of it. Q: how many films did those harpies write, produce, direct, edit, score or act in? A: zilch, Pauline, other than maybe home movies and the odd hissy interview with a smirking Dick Cavett. So do STFU, bitte. 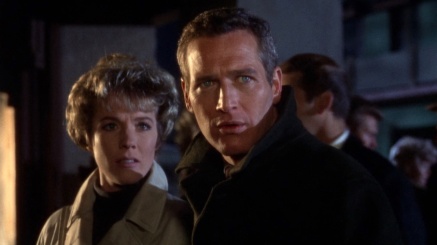 American physicist and rocket scientist ‘Michael Armstrong’ (Paul Newman) takes advantage of a conference trip in Copenhagen to make a sharp left turn: he defects to East Germany. Stunned fiancée Sarah Sherman (Julie Andrews) risks all by following him, only to discover what he’s really up to. And up against, as they scramble to flee the ‘worker’s paradise’ when its less-democratic face turns an angry red.

Though credited to Brian Moore, the script was rewritten by Keith Waterhouse and Willis Hall, and it’s a weak link, along with unconvincing matte backdrops and obvious process shots in the cinematography, such as had hurt Hitchcock’s previous Marnie. Newman and Andrews are not bad, but they’re miscast and don’t generate sufficient spark as a couple. Stymied by the script’s problems and his lack of rapport with the stars, Hitchcock did get some real juice out of the supporting players, especially Wolfgang Kieling and Lila Kedrova. 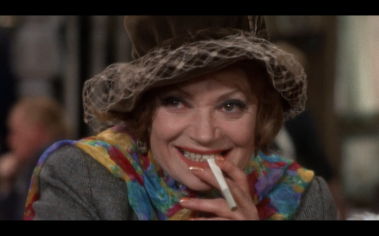 As sardonic security shadow ‘Herman Gromek’, Kieling makes gum-chewing sinister and he gets one of the director’s all-time best gruesome exit scenes, a fight-to-the-last-gasp in a farmhouse kitchen. Salvaging the last act is Kedrova, marvelously cute and moving as the eccentric and flamboyantly garbed ‘Countess Kuczynska’.

Made for at least $3,000,000, despite reviewers piling on, it was a success at the box office, a $16,400,000 gross placing 16th for the year. With Hansjörg Felmy, Ludwig Donath, Günter Strack, David Opatoshu, Gisela Fischer, Mort Mills, Carolyn Conwell and Tamara Toumanova. 128 minutes. 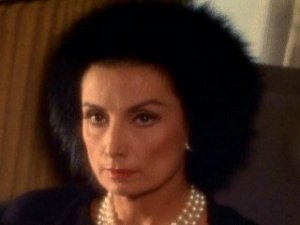 * Not a satisfying shoot for many involved: Hitchcock unimpressed with both Newman and Andrews, Paul arguing with him over the script, Julie resigned, his longtime collaborator Bernard Herrmann exiting with rancor over the scoring, replaced by the relentlessly bland John Addison. 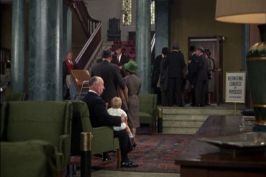 ** “Back in the USSR“. Disgusted with American foreign policy and domestic race relations, Wolfgang Kieling defected to East Germany, calling the United States “the most dangerous enemy of humanity in the world today” and guilty of “crimes against the Negro and the people of Vietnam.” Ironically, captured during WW2, he’d been a Russian POW until 1949.

Ha! Looking up this arcana I found to my delight that Der Wolfgang Man had a part in an awful spy picture my late brother-in-law (Larry Pennell) made. Our Man in Jamaica was an all-time turkey that was a running joke in the family for decades. At least ‘Bud’ and my sister got a Caribbean vacation out of the deal. 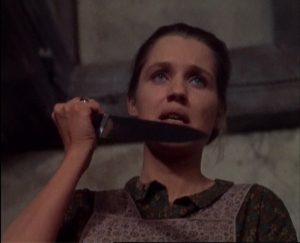 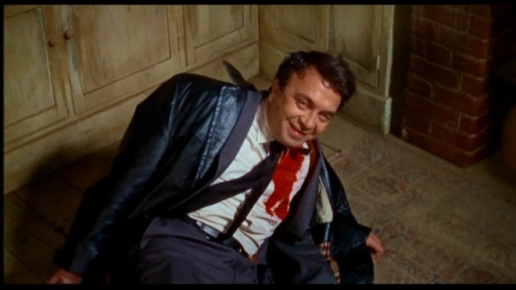