VILLA RIDES! followed the pesos by taking Mexico’s revolutionary hero to Spain where the era’s spaghetti westerns were being cranked out like slugs from a Gatling gun. In this 1968 entry, Robert Mitchum, echoing his 1956 below-the-border jaunt in Bandido!, plays a blithely mercenary pilot who runs guns into the fray. Yul Brynner is Pancho Villa, who takes Mitchum’s fictional ‘Lee Arnold’ in tow, backed by Charles Bronson as calmly ruthless executioner Rodolfo Fierro. Though both are credited, Robert Towne largely rewrote Sam Peckinpah’s script (Yul didn’t like it) and Buzz Kulik directed. The ad campaign clamored “Villa rages! Villa lusts! Villa kills! VILLA RIDES!” 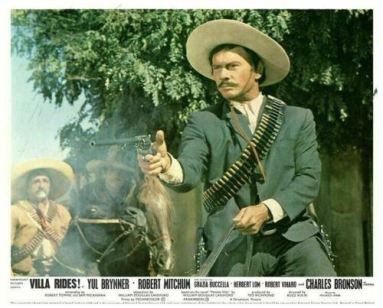 As for historical accuracy, it’s tracing paper, and of course the social and political dimensions of the Mexican Revolution are left in the dust kicked up by all the action scenes, done on a large scale and orchestrated with flair by 2nd-unit director and veteran stuntman Chuck Hayward. Though Kulik doesn’t provide much verve in his direction, Towne’s script has some flavor, the cinematography is a plus as done by pro Jack Hildyard and Maurice Jarre gives it a lively score.

Brynner isn’t the picture of Villa, but he puts some passion into it, while Mitchum saunters through with nonchalance–his character is thinly sketched. Bronson walks off with the show, or rather, fires off: this is the movie where he shoots no less than 44 guys. Herbert Lom exudes proper smug malevolence as the swinish Victoriano Huerta. The romantic interest for Mitchum is played with requisite smolder by Maria Grazia Buccella, a former Miss Italy: she bears a strong resemblance to Anjanette Comer. 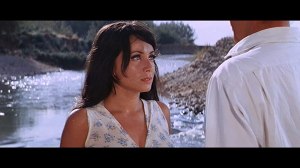 Critics sniffed, but it’s an enjoyable enough actioner that with a little more care could’ve been better regarded. Placing 86th in the US with a $3,400,000 gross, which wouldn’t have been enough to cover costs, but we’re thinking it probably did quite well in other markets.

* For amusing ribald anecdotes about the shoot, from director Kulik and Brynner’s son Rock, we point you to “Baby I Don’t Care”, Lee Server’s great bio of Mitchum.

This was Brynner’s only ’68 effort. Mitchum wasted time and picked up paychecks in the fair Five Card Stud, awful Anzio and weird Secret Ceremony. Cold-blooded Charley was on view in Guns For San Sebastian (in that epic, Mexico was actually played by Mexico), Once Upon A Time In The West (back to Spain) and Honor Among Thieves, which made him a star in Europe. 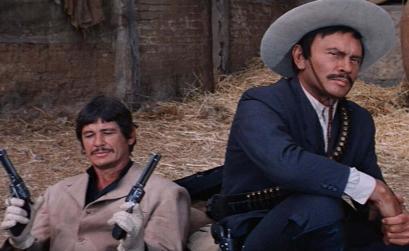