LLOYD’S OF LONDON vouches to be the story behind the founding of the great company that began out of a mariner-frequented coffee house in 1686. Lloyd’s indemnified 20th-Century Fox’s lavish 1936 production for a million bucks, while the screenplay provided insurance with heavy applications of fiction, S.O.P. for movies about big businesses, institutions and famous figures. For history, a wash, but as old-school studio entertainment it works to a tee, was a big hit and served to propel 22-year-old Tyrone Power to front-rank stardom. * 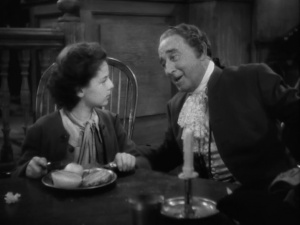 Plucky lad ‘Jonathan Blake’ (Freddie Bartholomew) impresses London ship insurer John Angerstein (Sir Guy Standing—a major dude name if there ever was one) with information about a hijacking and becomes an apprentice to the older gentleman. Grown to manhood (Power) Jonathan makes one good business decision after another, but then on a mission to enemy France, he falls for imperiled beauty ‘Lady Elizabeth’ (Madeleine Carroll); she is likewise smitten. Unfortunately she’s married to uber-cad ‘Lord Everett Stacy’ (George Sanders, 29, US debut) who will be Jonathan’s foppy foe for the rest of the yarn. As this subplot develops, so does another war with France, Napoleon’s this time, and that involves Jonathan’s childhood friend Horatio Nelson. His bosom buddy and country in jeopardy, his besotted ensnared by a snide snake, Jonathan risks all to make the bet of a lifetime. 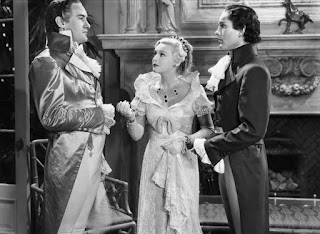 Directed by Henry King—who urged Power’s casting—the script by Ernest Pascal and Walter Ferris, along with its fabrications and omissions, displays the usual slavish deference to England that Hollywood displayed for a long while, and sprinkles the narrative with historical personages to pass through for name-drop padding. But that balderdash is out-Foxed by 20th’s superb production design, great period detail, a fine supporting cast, humor, dash, sentiment and stirring music. Power has the lead but was billed 4th, after Bartholomew, Carroll and Standing: he acquits himself with impressive assurance. Carroll is warm and lovely, Standing warm and dignified, Sanders delightfully arch, cutting into his dialogue with inimitable sharpness. ** 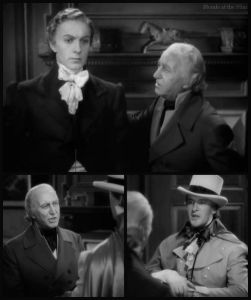 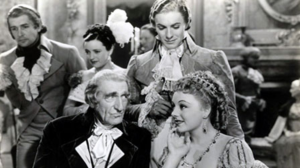 * The show begins with a forward: “We acknowledge with appreciation the assistance of the official historian of Lloyd’s of London in the preparation of the historical background for this production.” Overlooked is the inconvenient tidbit that Lloyd’s made a killing (literally) in the slave trade. Lloyd’s apologized…in 2020.

** Henry King would go on to direct Power in 10 pictures. Lloyd’s set a template for numerous Power plots where his characters undergo a transformation, usually good to bad and back, callow to courageous, rake’s redemption: In Old Chicago, Johnny Apollo, Blood and Sand, A Yank in the R.A.F.  Real-life rake Sanders would further bedevil Ty in Son of Fury and The Black Swan. Irony never at a loss, while shooting Solomon and Sheba in 1958, Power collapsed from a heart attack, dying at 44. He was filming a dueling scene…with George Sanders. 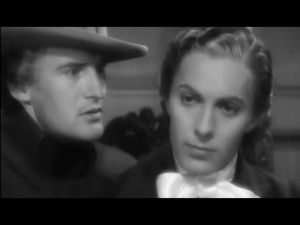 *** We’re not tizzying about Virginia Field’s décolletage display, merely noting surprise at how it somehow got past the bluenose boobs of the Production Code. A few years later she worked with Vincent Price, playing King Charles II in Hudson’s Bay (another glory-to-commerce epic) and in his pet memoir “The Book Of Joe” he recounted “I came up against my first animals, a whole litter of King Charles spaniels… But my competition was not the spaniels, who were indeed adorable, but the enormous bosoms of the young lady who played Nell Gwyn. They were of such robust and luscious proportions and her dress so low cut that in our big scene, in which we fondled the puppies on a great bed, she leaned over them so far that the censors cut the scene out of the picture.” This has zip to do with Lloyd’s of London: we just want the reader to know we will not rest when History is at stake. Field is charming in the movie. 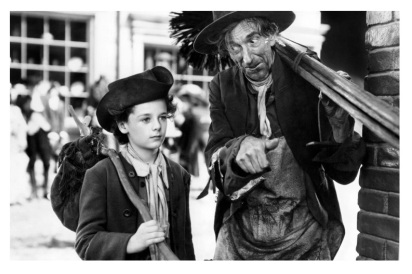