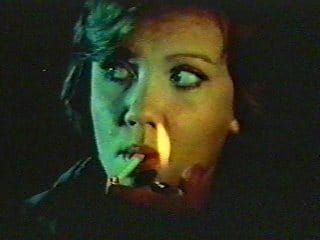 DEADLY STRANGERS prosaic title, though accurate regarding the story, is on the cheesy side, fitting the discomfiting 1975 thriller it christens. This is an odd duck (or ugly duckling), more interesting for parsing the résumés of its crew than for the meandering, exploitative yet visually drab presentation of the lurid plot. Hayley Mills and Simon Ward star, with a strange cameo from Sterling Hayden added for some reason. Sidney Hayers directed a script by Philip Levene. * 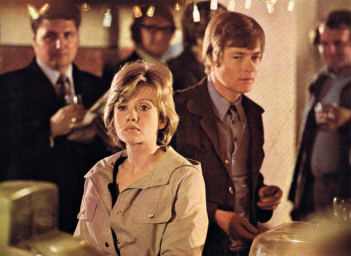 ‘Belle Adams’ (Mills) hitches a ride with a trucker who tries to rape her. Barely escaping, she’s given a lift by traveling salesman (he says) ‘Stephen Slade’ (Ward) who’s friendly but decidedly a bit on the furtive side. In the meantime it seems a psycho has broken out of the regional mental hospital and killed several people. Encounters with aggressive bikers and assaults on the unsuspecting accumulate, along with gauzy flashbacks. Who’s next and who’s what? Stick out your thumb for help or pull over to offer some: which is riskier? 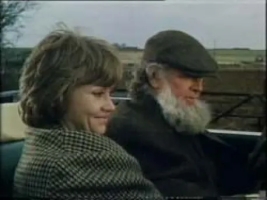 To his credit, director Hayes doesn’t go graphic on the violence, but pushes unease and ample voyeurism, including some peephole nudity from Hayley, who at 28 felt like letting everyone know she’d more than moved on from innocent crush status. Ward plays it glum. The almost comic relief insertion of Hayden (with a wild beard suited for crossing the Atlantic on a log) is entertaining—he has lively fun doing a staccato take on his dialogue—but the character feels like padding. Ron Goodwin (633 Squadron, Battle Of Britain, Where Eagles Dare) contributes an okay score, but the camerawork is distractingly dull, the settings are as well and the editing is sloppy. Flaws notwithstanding, worth a look (or peek) for the three leads and a fairly effective wrapup.

Also on hand are Ken Hutchinson as the trucker (another leering rapist from Straw Dogs) and Peter Jeffrey as a lecherous uncle in flashback scenes. 88 minutes. 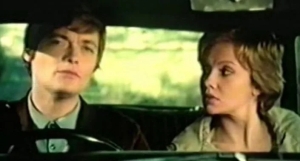 * Among his numerous credits Sidney Hayes directed some well-regarded genre items (Circus Of Horrors and Burn, Witch, Burn) and had been film editor on Tiger Bay (Mills debut) and A Night To Remember and later covered action sequences for A Bridge Too Far. He also pulled a number of wankers like Inn Of The Frightened People/Revenge, The Southern Star and What Changed Charley Farthing?/The Bananas Boat (also with Hayley: she called it her worst ever).

Ah, Hayley. After a double win in 1966 (The Family Way with critics, The Trouble With Angels at the box office), her good luck streak that began a decade earlier turned sour and she had the bad luck to appear in a string of duds. Her performances, though, were always solid.

Simon Ward scored points with Young Winston, The Three Musketeers and Zulu Dawn, but he never found lasting purchase as a leading man. Deadly Strangers wasn’t a high point. Old rascal Sterling Hayden must have taken this assignment for some quick bucks. 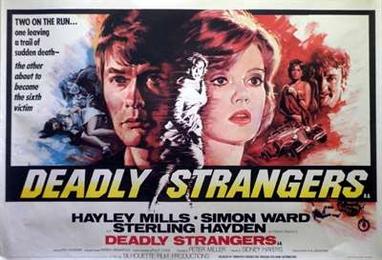