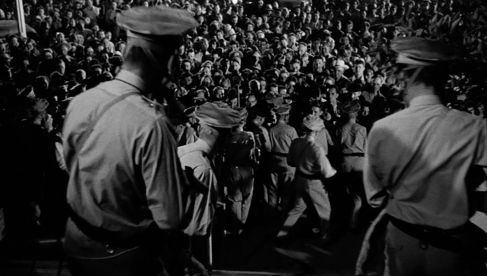 TRY AND GET ME! is the title now firmly associated with the 1950 drama first released as The Sound Of Fury. Though the first choice was more apt, it didn’t draw attendance. Neither did the changeup, nor a dumb ad campaign with absurd poster art, and the movie fell into audience amnesia that lasted for more than six decades. It didn’t help that the orthodoxy-gouging, society-indicting story drew fire from the era’s political censors, bent on stifling subjects and strangling careers, and that the director was soon blacklisted. Flak from above to the side, the hard-hitting, resolutely depressing material just wasn’t bound to be a crowd-pleaser. Stand out from the crowd—better yet, run from it—and join the club of fans who’ve recovered a long-hidden gem.

‘Howard Tyler’ (Frank Lovejoy) is decent but depressed: steady work eludes him, bills won’t wait, and he has a wife and little boy to provide for. A casual encounter with slick, flash-talking ‘Jerry Slocum’ (Lloyd Bridges) results with naïve and desperate Howard serving as getaway driver while Jerry pulls off a series of petty robberies. The money helps, but then one of Jerry’s “surefire” schemes turns deadly, and guilt has Howard begin to fall apart. You can’t buck the system unless you run it, and when the jig is up, justice goes out the window and into the streets. 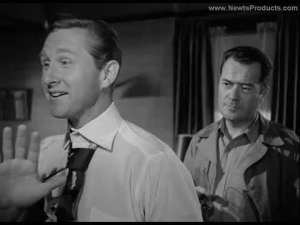 Screenwriter Jo Pagano took his script off his 1947 novel “The Condemned”, based on a mass-attended lynching that took place in 1933, in San Jose, California. He and director Cy Endfield don’t merely fashion a tense noir scenario, they sucker punch an indictment of the whole system, which rewards greed and punishes those unlucky enough to grab hold of the merry-go-round. The sensationalist press (represented by an angle-hyping reporter) is flayed, and the gut-wrenching finale, with an ignorant, misinformed cross-section of ordinary people sparked into a rioting rampage is frighteningly portrayed.

Shooting in Phoenix, for the mob sequence Endfield and 2nd-unit man Ivan Volkman didn’t rehearse instead but let the 500 extras work themselves up ad hoc. This included a slew of boozed up barflies and local college students (that was also true of the San Jose travesty), with cameraman Guy Roe and editor George Amy taking the prime cuts of the ruckus. 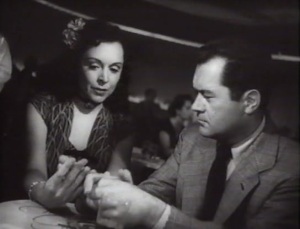 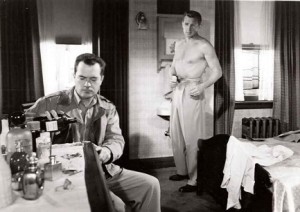 The complaints are minor, though, next to the propulsive narrative drive and the compelling performances from Lovejoy and Bridges, and those of Richard Carlson as the reporter and Katherine Locke as a kind and lonely spinster who goes along on a date with the two men and a good-time girl Jerry mauls like a dog. Locke’s quiet misery is touching, and this is maybe the best-ever work from Carlson. Jerry’s preening sociopath is a gift of red meat for Bridges to devour with relish, a charismatic but utterly despicable bastard. Lovejoy is superb as Howard, the cornered Everyman who can’t get ahead, then can’t get out.

The trappings may be dated, but the core themes hold, and the mob mentality message is more timely than ever. 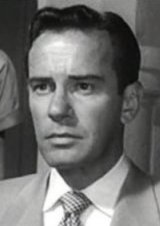 * Until he directed The Underworld Story (also 1950) and this film, Cy Endfield’s projects were undistinguished programmers; only a Q-loon could find something subversive in Gentleman Joe Palooka or Tarzan’s Savage Fury. But the society-scalding subtexts of the two 1950 entries drew the red eyes of the blacklist. Rather than be publicly thrashed or fink on associates, Endfield left the US for Europe. Abroad, he eventually blessed us by directing Mysterious Island, Sands Of The Kalahari and Zulu.