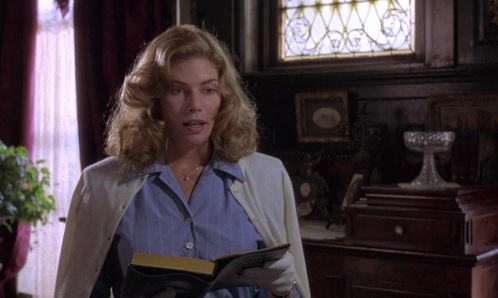 Why must my leading man be as colorful as a real FBI agent?

THE HOUSE ON CARROLL STREET went off the market before anyone knew it was for sale in 1988, a gasping $459,824 gross placing 212th for the year, a disastrous showing against a $14,000,000 cost. The story had potential, but the screenplay, direction and casting let most of the the air out of it, leaving three creditable elements working to just barely keep it from going completely flat.

In 1951, a magazine editor (Kelly McGillis) won’t name names for the House Un-American Activities Committee, then discovers that the most egregious prosecutor has some disturbing connection to some suspicious German nationals. She and an FBI agent (Jeff Daniels) who’s been keeping tabs on her find out Nazi war criminals are involved. Per thriller movie logic, since they share mortal danger, lady and agent become physically intimate. 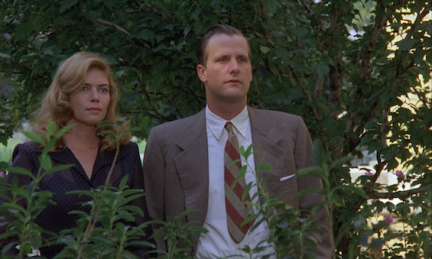 With Hitchcock you get “Notorious”. With us, you get ‘Laborious’.

You may hit the sack, too, from boredom, before the plot’s 101 minutes have dragged to a finish. Peter Yates direction is slack, Walter Bernstein’s screenplay is full of holes, the supporting cast is notably bland, and dulled-down Daniels has zip chemistry with luxuriantly pretty McGillis: their quick-fix fling is no more believable than it is stimulating. 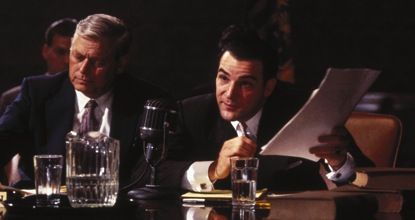 “Are you now, or have you ever been, able to stay interested in this script?”

The three elements that work hard to stave off a total thud are McGillis, attentive and attention-focusing; Mandy Patinkin as the main Roy Cohn-ish slime; and the handsome collection of vintage cars corralled for the production design. There’s one nifty bad guy death, but not in time to prevent a subpoena from the House Un-Successful Movies Committee.

With Jessica Tandy and Jonathan Hogan. 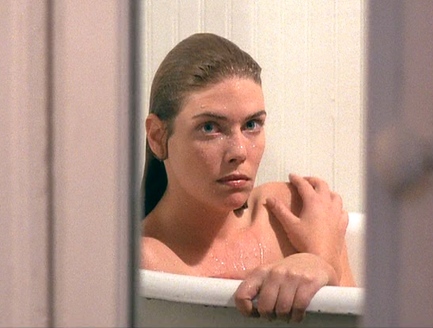 Like chivalry, gratitude is not dead, even if the real bath was the one taken by the movie.

One thought on “The House On Carroll Street”