HOLLYWOOD HOMICIDE was a major bust in 2003, dinged by critics and flopping at the box office. It didn’t help that its big gun Harrison Ford badmouthed it, and that scuttlebutt from the set had Ford and co-hunk Josh Hartnett barely tolerating each other during the shoot. Their lack of chemistry shows, but otherwise it’s a reasonably engaging action-comedy, with a colorful supporting cast taking up slack from the “another payday” stars. After juggling several subplots it wraps up with a lengthy and amusing chase sequence. Ron Shelton directed, co-writing the script with Robert Souza, who based Ford’s character on himself and his time as a homicide detective in the Hollywood Division of the LAPD, moonlighting as a realtor. 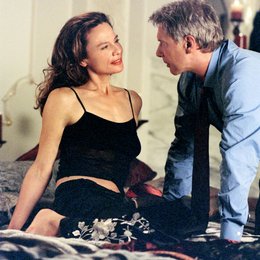 Veteran detective ‘Joe Galvin’ (Ford, 60), saddled with mortgages and alimonies, tries to keep his head above water by selling real estate on the side. His new, younger partner ‘K.C. Calden’ (Hartnett, 24) wants to ditch the department for an acting career; he sidelines teaching yoga to a studio load of bedazzled beauties. When not worrying over their prospects, they work suspects, trying to solve multiple murders connected to the rap music scene.

Another plum villain gig for Yoakum

Lou, we hardly knew ya