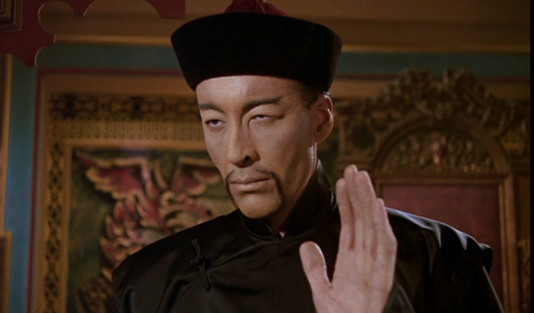 THE TERROR OF THE TONGS contains the villain dished appetizer “Why is it these Occidentals indulge their vices the same way they run their lives, full of noise and vulgarity?” For vulgarity, you found the right movie, a garish plate of Hammer-fried rice from a veritable Chinese cookbook of offensive ethnic stereotypes. The noise will be your laughter over how riotously bad—therefore enjoyable—this 1961 thriller is in the writing, staging and acting departments. Honorable exception in the latter ingredient is made for Christopher Lee, who battles past his makeup to deliver sagacious sneers like a cutthroat to the junk born. When not gawking agape at the rest of the hapless cast there is the cookie fortune to be savored by the striking beauty of Yvonne Monlaur, and her rainbow supply of Suzie Wong cheongsam dresses, fit to capture, slit to kill. The kind of movie that awakens the sleeping poet.

“Have you ever had your bones scraped, Captain? It is painful in the extreme I can assure you.” 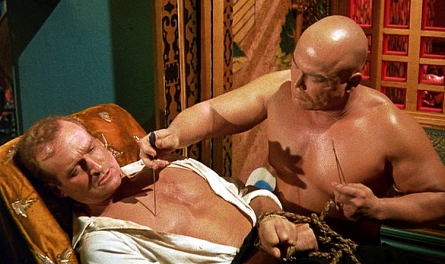 Hong Kong, 1910. ‘Jackson Sale’ (Geoffrey Toone), a British sea captain, witnesses the murder of a passenger by fanatical foot soldiers of the ‘Red Dragon Tong’, a mysterious, insidious crime family. Anger turns to vengeance when they mutilate his teenage daughter. The elusive fiends, led by ‘Chung King’ (Lee), stymie stalwart Sale time and again.  Allies arrive, in the form of a grotty beggar and a beautiful servant girl. Pluck vs. Makeup, may the worst accent win. 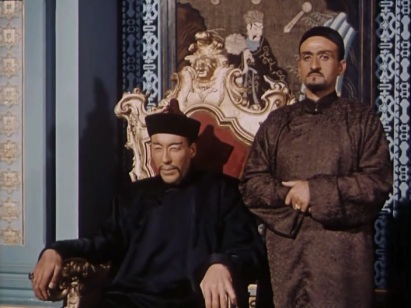 Longtime English character actor Anthony Bushell tried directing a few times; let’s just be polite and say he was a decent actor. Not many could make much of Jimmy Sangster’s lurid script, but Bushell’s mangling of action scenes rivals Ed Wood.  Our Man Lee, top billed for the first time, puts professional menace into his calmly cruel Tong lord, and 21-year-old French vision Monlaur (The Brides Of Dracula), while no Meryl, makes up for her wobbly thespian skills with innate talent at standing, sitting, walking and smiling. Her soiled & smitten servant girl (see ‘loyal & doomed’) is ‘half-caste’, which tames the makeup and allows her French accent to leap the logic longitude. Hammer’s go-to composer James Bernard delivers another dramatic score, gongs to the forefront. 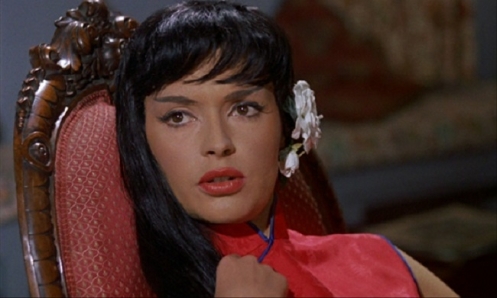 Then…there’s everything else. Reliable Anglo-Indian character ace Marne Maitland, stuck with the shuffling beggar schtick, has “be repulsive” makeup that changes not just from scene to scene, but literally shot-to-shot during a scene. With the exception of the redoubtable Burt Kwouk (done in by a Tong ‘hatchet man’) nearly all the Chinese supporting characters are played by white Britons in terrible makeup, with exotic-sinister accents out of the Chan-Moto garage. Costumes of the assorted female slave girls are about 50 years ahead of time, and the men’s-club movements gyrated by one stripped-down dancer are historically closer to Hong Vegas. Leading man Geoffrey Toone’s flat expression and toneless delivery shanghaies the hero end of things, as clumsy in fight scenes as he is clueless in clinches with mademoiselle Monlaur. Ludicrous from stem to stern, the movie essentially retools Hammer’s Thug-bash from The Stranglers Of Bombay to Tong-beat another ethnicity into submission. It’s too absurd to get upset over. The Clown Colony. 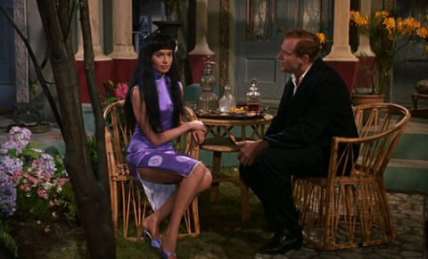 A small US gross of $700,000 had it place 126th in ’61, but the legend does not die. Tong along for 79 minutes with awful—and awfully fun—support from Marie Burke, Ewen Solon, Roger Delgado, Barbara Brown, Milton Reid and Andy Ho. Rest assured your humble foreign correspondent made a diligent search through available credits to determine the name (and backstory) of that bump & grind dancer, but defeat met diligence and won one for the Tong. 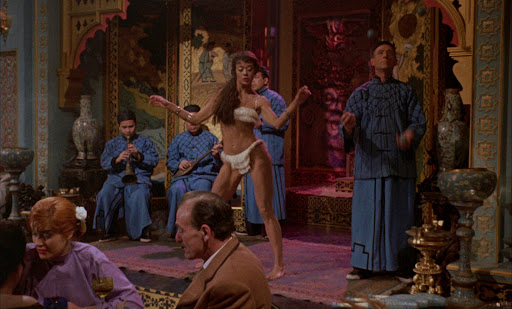 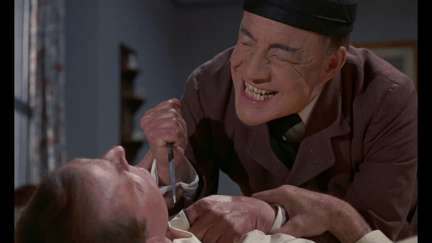 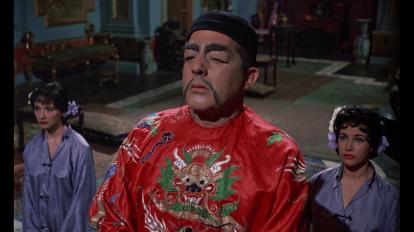 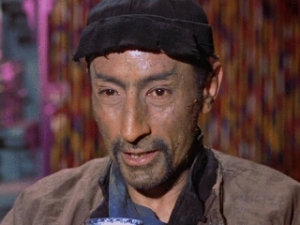 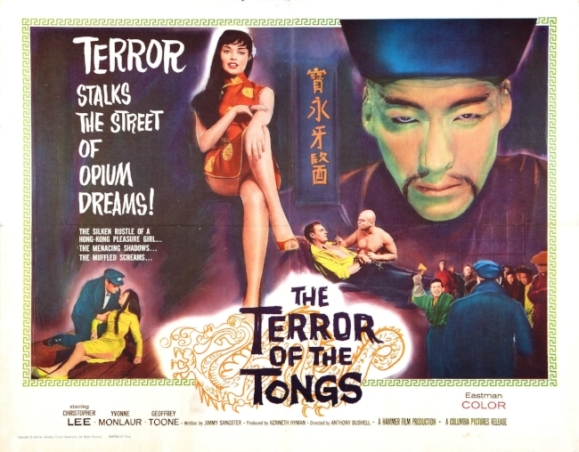