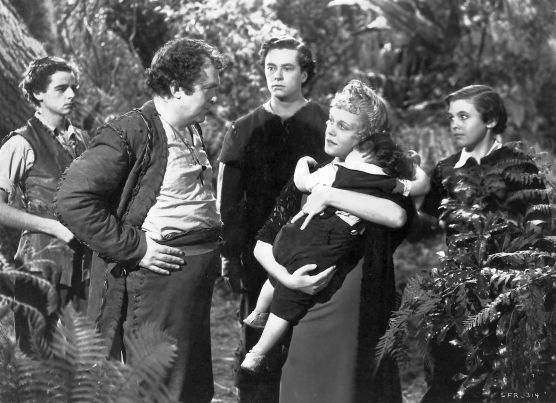 SWISS FAMILY ROBINSON, the first film version of the adventure classic received positive reviews in 1940, and its exciting special effects earned an Oscar nomination. Though it grossed $1,940,200, that wasn’t enough to cancel—at least by RKO’s adventurous way of finagling the books—a production cost of $681,000. Placing 124th for the year, it was further diminished in memory when a few wars later Disney bought the rights and suppressed showings so as not to take any focus off their lavish 1960 remake, that year’s biggest hit. Walt’s beloved version is more fun, lighthearted, certainly visually spectacular. Yet the black & white, studio-shot oldie holds it own, and is a neat discovery for fans of the hardy Robinson clan and their back-to-basics attempt to live with Mother Nature rather than Man’s militant mess of it. * 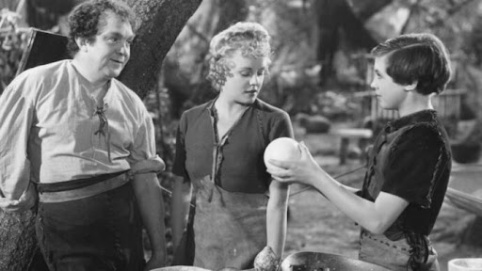 Disgusted with the endless warring in Europe, and with the attitudes and interests displayed by his young sons, ‘William Robinson’ (Thomas Mitchell), against the protests of his wife ‘Elizabeth’ (Edna Best) and the boys, emigrates the family to Australia. Shipwrecked on an island somewhere in the South Pacific, they salvage goods and material from the vessel before it sinks, enough to allow them to not just survive but become self-sufficient. The island offers natural bounty, they provide toil and ingenuity. William is happy, the boys are occupied by chores and discoveries. Discontent from the outset, Elizabeth becomes more depressed even as their living situation improves. Though there are no armies to fear, nature has a ready arsenal of obstacles to offer. 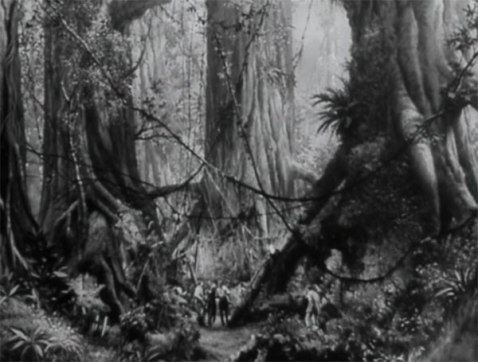 The source novel covered ten years, and had an additional character (a young castaway girl). Timeline shrinks and she’s absent in the script, which otherwise is closer to the book (and likelihood) than the fanciful 1960 version, with a darker tone as the relationship between the parents frays under the strain. No pirates show up in this one, but a typhoon wreaks major havoc, as does a venomous spider. The special effects of the storms, and the art direction representation of the treehouse are impressive. Mitchell is very good, Best is adequate. The boys are all well-played. Already established as a child star, 15-year-old Freddie Bartholomew is 2nd son ‘Jack, upcomer Tom Holt, 20, is oldest brother ‘Fritz’. ‘Ernest’ is assigned to Terry Kilburn, 12, and scene-stealing tot ‘Francis’ occupied 2-year-old Bobbie (actually Barbara) Quillan, who gets the most and best laughs in a generally sober telling. When the Swiss father Robinson talks about the despot Bonaparte, audiences understood American actor Mitchell was really talking about Hitler. 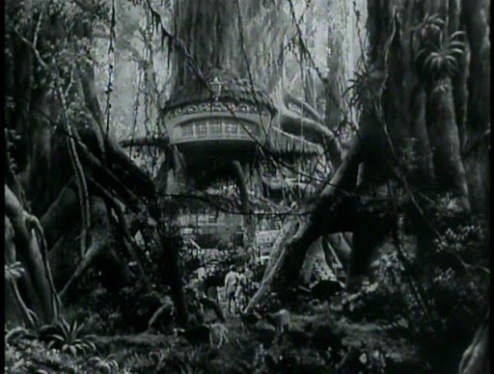 Directed by Edward Ludwig (The Fighting Seabees, Wake Of The Red Witch), a competent journeyman with a flair for action. Adapting the venerable book into a screenplay was a trio effort from C. Graham Baker, Walter Ferris and Gene Towne. Freshly arrived in Hollywood, Orson Welles performed brief narration duty, pocketing $25 for his time. 93 minutes. 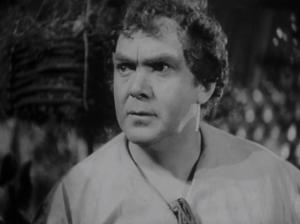 * When published in 1812, “The Swiss Family Robinson” arrived during the year of Napoleon’s momentous invasion of Russia, while another of Bonaparte’s armies battled the British in Spain. Written by Johann David Wyss, a Swiss clergyman and former military chaplain, the 352-page saga of instructive escapism had been edited, by one of his sons, from his original manuscript of 800 handwritten pages. He based the boys in the book on his own four.

** Swiss Family Robinson joined an impressive roster in the Special Effects recognized by the Academy Awards for 1940. The Thief Of Bagdad took the prize, against stiff competition from Dr. Cyclops, The Sea Hawk, The Long Voyage Home, One Million B.C., Rebecca, Foreign Correspondent and six other candidates, the most ever in the category. 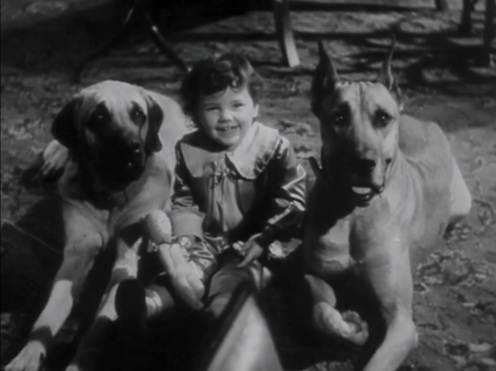 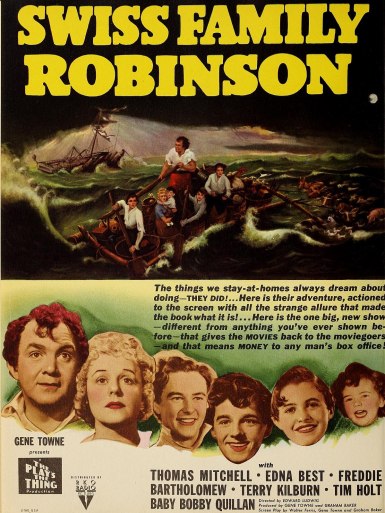 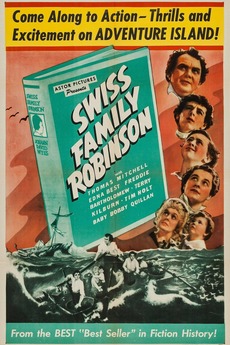