A SPECIAL DAY takes place in May,1938. Hitler comes to Rome to visit Mussolini. Thousands turn out for a triumphant parade, including nearly every resident in a jam-packed Fascist housing project in the San Giovanni district, decked out in uniforms or their best threads, national pride whipped to a frenzy by slavish harangues on the radio. Sitting it out are ‘Antonietta’ (Sophia Loren), and ‘Gabriele’ (Marcello Mastroianni), neighbors who’ve never met.  By accident and timing they end up spending the day together, making a private and vital human connection while everyone around them collectively and publicly sell themselves to a lie.

In 1977, this special film emerged from director Ettore Scola, giving the made-in-Italian-heaven match of stars their seventh teaming, unveiling two of their finest performances. Counter to their iconic screen images as a glamorous siren and Latin lothario, here Loren, 42, is a worn-down housewife, resigned to drudgery as mother to six children and a husband who treats her as a servant, Mastroianni, 52, a aging radio broadcaster, removed from his job not just due to his political ideas, but because his private ‘type’ of ‘bachelor’ lifestyle doesn’t conform to macho norms, let alone the fascists martial concept of manhood. 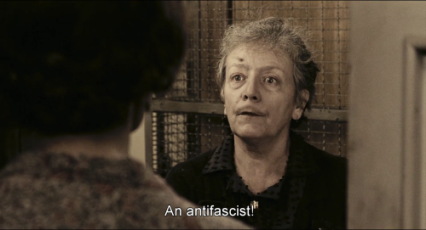 Appearing briefly are John Vernon as Antonietta’s peening macho pig of a husband and Françoise Berd as the apartment complexe’s nosy and spiteful caretaker. The real co-star is the omnipresent radio broadcasting, exultant with rhapsodic propaganda, the bluster counterpoint to the secret, honest admissions shared by solitary wounded spirits given one chance to gleam. Rather than tackle a slate of personalities over a lengthy time on an epic scale marked by violence, this quietly powerful indictment of Fascism is done on a micro scale, the cost of its cruelty measured in the effect on two individuals.

Scola: “From childhood, history was a subject that fascinated me, and what I kept wondering was how everyday life might have been different, if Caesar or Mussolini had changed course. My sympathy always went to those millions who didn’t participate in those choices, but had to follow them.”  Along with directing, he co-wrote the screenplay with Ruggero Maccari, who amassed 128 credits between in a 4-decade career, including 1974s Profumo di donna, remade 18 years later as Scent Of A Woman.

One of Antonietta’s taxing brood of kids is played by Alessandra Mussolini, the dictator’s granddaughter (and Loren’s niece), then 15, later a controversial politician herself. 106 minutes. 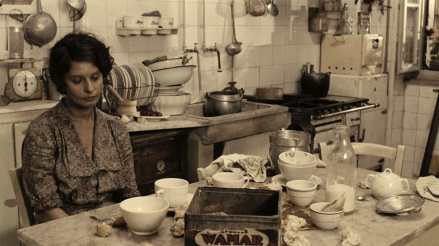 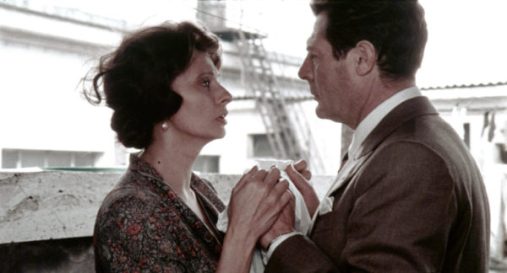