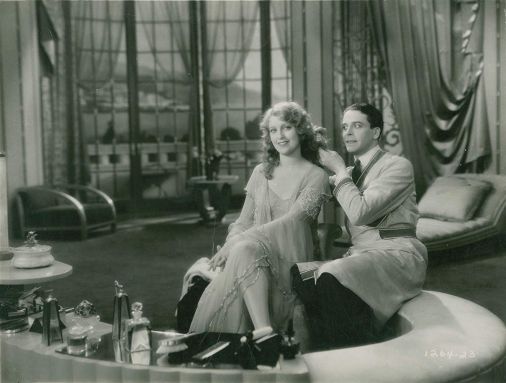 MONTE CARLO made moviegoers chuckle in 1930, plunking down $2,200,000 (equivalent to $100,000,000 in 2021) to see the second musical comedy directed by Ernst Lubitsch, following on the heels of his award-nominated 1929 hit The Love Parade. Returning from that escapade was Jeanette MacDonald, teamed this time with British stage success Jack Buchanan.

Altar-fleeing her betrothed on the very brink of nuptials, flighty ‘Countess Helene Mara’ (MacDonald, 26) takes her maid and hits the diva trail to Monte Carlo, intending to score big at the tables. After blowing her winnings, she’s courted by smitten ‘Count Rudolph Farriere’ (Buchanan, 39) who disguises himself as a hairdresser (whatever works, buddy) while campaigning for her favors. Then her jilted ‘Duke Otto von Liebenheim’ (Claud Allister) shows up, and she must choose between money and someone who knows how best to muss her mane.

Neither the wolfhoundish Buchanan or ferret-flouncy Allister summon more than grimaces with their dated staginess (heavy on the fey sauce), but radiant MacDonald is delightful. She was on a breakneck schedule, doing five films in 1930: thereafter she would do just two per year.  Of a half-dozen tunes, “Beyond The Blue Horizon” became a substantial hit.

Though it might not be—as one of its ads claimed—“As exciting as a caress! As intimate as clinging silk!”, it remains mostly amusing fluff, co-starring Zasu Pitts, Tyler Brooke and John Roche. 90 minutes. 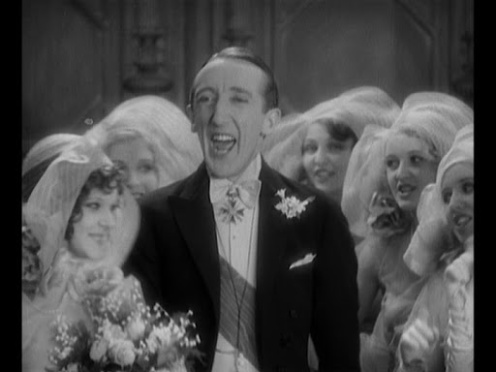