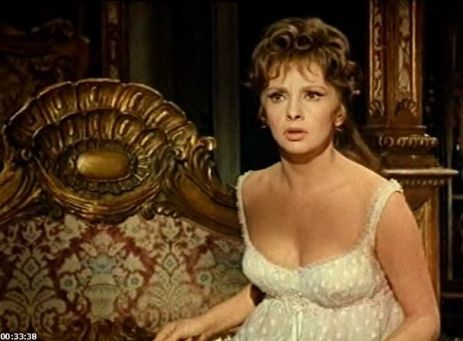 IMPERIAL VENUS serves mainly as a showcase for the amply displayed charms of Gina Lollobrigida, who delivers a fine performance as Napoleon Bonaparte’s notoriously pleasure-loving younger sister  Pauline (1780-1825, who despite unhappy marriages and numerous affairs, remained devoted to her conqueror brother. The elaborate 1962 French-Italian co-production, originally titled Venere imperiale, was shot in CinemaScope and 70mm, but it’s one of those picture that’s slipped into obscurity, so seeing it as was intended is a forlorn hope. The makers likely hoped the saucy period piece would catch some draft from the huge love-among-rulers epic being filmed at the same time, Cleopatra, but that failed to materialize. *

Covering 15 years in Pauline’s man & war-buffeted life, it was directed by Jean Delannoy, had five screenwriters enlisted and runs a slow and talky 140 minutes uncut. The US version, chopped down some, didn’t show up until 1971. Lollobrigida had planned to make the story for five years, and finally got it underway when Stephen Boyd was added to the cast for further international appeal. He plays one of her many fancies, Jules de Canouville, a staff officer for Napoleon, played as continually vexed by Raymond Pellegrin.

Like another contemporary European sex goddess, Brigitte Bardot, ‘Lollo’ was always underrated as an actress, and it’s a shame the movie around her is static and choppy. Her committed—and tres sexy— work here did win the Italy’s Oscar equivalent, the David di Donatello, as Best Actress. 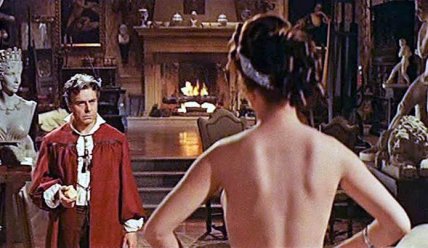 Lots of nice costumes on hand as Pauline and her uniformed paramours range around Europe and over to Haiti (time for plague and revolt in between amorous activities). Though not in the script, the tale summons a quote from Napoleon: “I do not believe that any man in the world is more unfortunate in his family than I am.” History judges Pauline as a frivolous nymphomaniac, but she was the only member of the Bonaparte clan to attend to her brother when he was in exile.

* One trouble with films about people like Napoleon and the company they kept is empathy: it’s hard for audiences who aren’t tied to royalty to invest much sympathy for men (and the occasional Queen/Empress) who were responsible for, or lived well from, so much death—the Napoleonic Wars took as many as 6,500,000 lives. 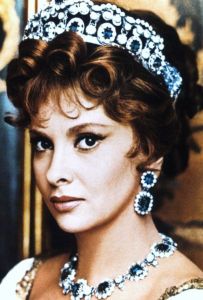 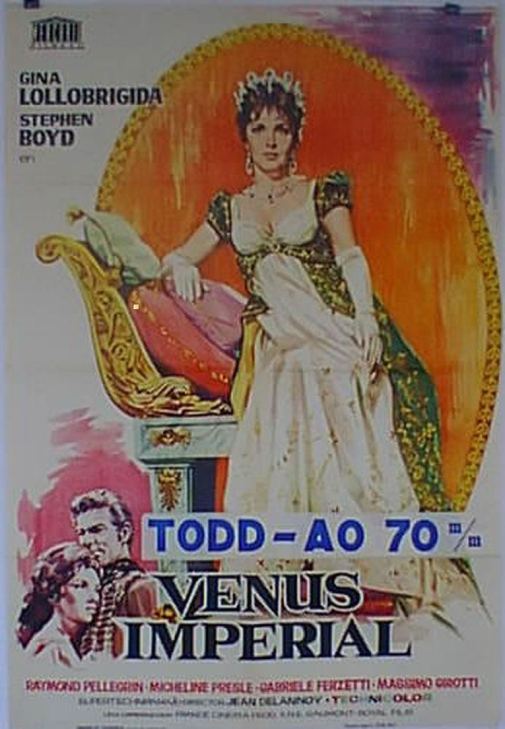