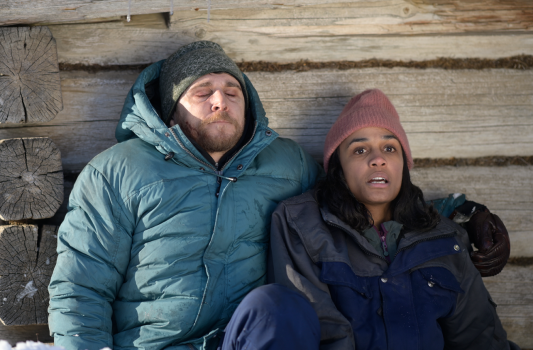 RED DOT of the title refers to the dot appearing on the target of a rifle’s telescopic sight, which signals really bad news for ‘Nadja’ (Nanna Blondell) and ‘David’ (Anastasios Soulis) when it zeroes in on them during their camping trip to enjoy the Northern Lights. Isolated on a snow-covered hillside at night, realizing they already upset some racist locals, this situation won’t make healing their already troubled relationship any easier. Cue desperate trek to survive.

Sweden generally presents itself as a relatively happy camper among all the troubled countries out there, though nail-tearing thrillers like The Girl With The Dragon Tattoo and Midsommar indicate the Stockholm Syndrome didn’t get its name from summer picnics with all you can eat meatballs served by girls who look like Britt Ekland. This 2021 entry in the Choose Your Destination Wisely aisle isn’t in the same league as those classics, but it generates enough underlying tension, increasing unease and expanding dread to keep you watching for 85 minutes to see what the twist will be at the wrap-up. 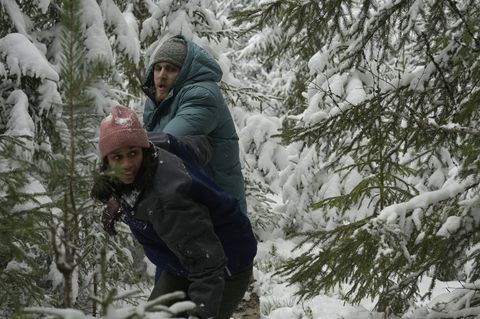 Well directed by Alain Darbourg, it’s less successful in the writing department, which Darbourg shared with Per Dickson. Some of the complications of the pursuit-escape travail of the couple stretch credulity a snowball too far, and the David character is such a wimp that you get irritated with him. Not the most cheerful story, but Blondell is compelling, the settings and camerawork are employed to good effect and the threat factor is dire enough to jangle as intended. The reveal makes sense of what came before. 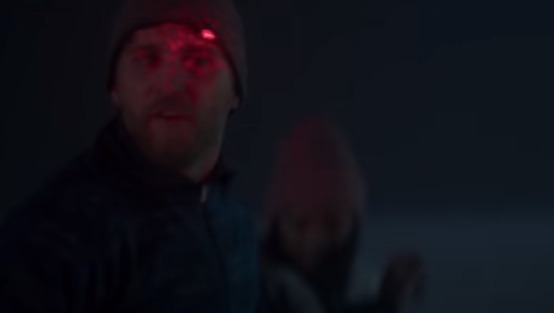